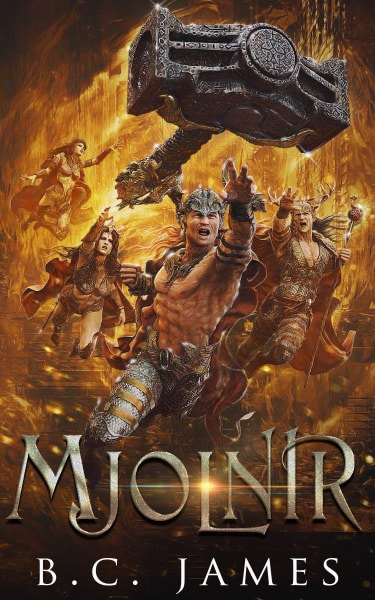 The gods have been banished from Asgard! Odin, in a fit of paranoia over the prophecy of his death, has stranded them on earth until the time of Ragnarok, the apocalyptic war that ends the life of the gods.
The Asgardian outcasts, now living among humans, are hiding in plain sight. Loki, the God of Lies, is the CEO of a multi-level marketing company that sells cheap products on late night infomercials. Freya, the Goddess of Love, works in the adult entertainment industry and turns tricks on the side. Baldr, the God of Light, has escaped from Hel and is now hunted by the Valkyrie who want to drag him back to the realm of the dead. Thor, now an atheist, abandoned his Warhammer, Mjolnir and is worshipped as a superstar athlete in the NFL.
Mjolnir, history's most powerful and legendary weapon, now sits in a Nevada Air Force base while the military tries to find a way to tap into its vast power. Odin and Loki are locked in a deadly race for control of the hammer. The god who controls Mjolnir can win the war of Ragnarok and rule over a subjugated reality. The only things that stand in their way are Thor, Freya and Baldr…only they don’t know it.
This trio of Asgardians become the unwitting and unwilling targets as they find themselves chased by gods, the Valkyrie and the giant demon wolf, Fenris…Loki’s son. If they lose, the universe is doomed.
Piers Anthony ~ "The brutal action is compelling."
"I read Mjolnir, by Brian James. Mjolnir is the powerful magic hammer of the Norse god Thor, a devastating weapon. But Thor threw it away when his beloved wife died. That was not smart. In this framework the Norse panoply of gods have settled in contemporary America and more or less blended with the population. Thor, god of thunder, is a devastating pro football player, making opposing quarterbacks quake; Freya, goddess of love, makes a rich living as a high class prostitute; even the gods lust for her. But she is very much her own woman; if a lout tries to molest her on the street, she may tear his heart out, literally. There is mischief afoot as the gods vie for renewed power, and layer on layer of betrayal as Odin, Thor's father, plots to take Thor out of the picture and take Mjolnir for himself. Seeming friends turn out to be fake friends, except for Freya, who does her best to rescue Thor. No one can be trusted. But it turns out that Freya is a target herself, as she learns to her savage cost. The gods can be hurt and killed, and the violence can be sickening. This novel could use an educated editor, but the brutal action is compelling."
Christopher D. Morgan ~ “Humorous undertones will keep you wanting to turn the pages for more”
"A strange world that will draw you in! Brian James has created a world full of mystical lore that strings together cohesively. The characters came alive right away and I was immediately taken with them. James’ humor is prevalent throughout, which played well with the rest of the book’s characteristics."
Goodreads * Amazon 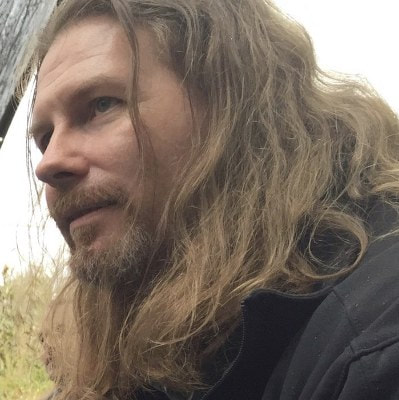 Brian James grew up just out of bullet range of Detroit. He was raised on the work of Douglas Adams and Snorri Sturluson. Eventually he went on to college where he majored in history. A degree which now hangs in his bathroom. While he never realized his dream to become a heavier version of Indiana Jones, he did wind up writing for a number of magazines, newspapers, websites, and Fortune 500 companies. When not writing Brian enjoys autumn sunsets, long walks on the beach, the eventual conquest of Ohio by the Kalamazoo Jaycees, and wearing a top hat while playing old school Guitar Hero!
Twitter * Instagram * Amazon * Goodreads