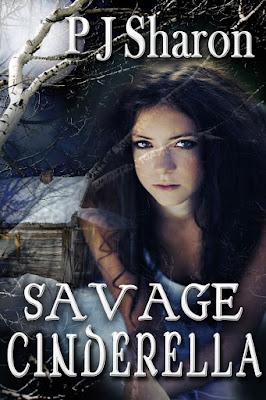 Eighteen year-old Brinn Hathaway has survived alone in an abandoned cabin in the High Country of North Georgia since she was a child. If her life is lonely and less than complete, at least she is safe from the man who kidnapped her, held her captive, and left her for dead in a shallow grave in the mountains. She believes that her parents are dead, the police are her enemy, and that if she returns to the world, her tormentor will find her. With the help of some unlikely friends, she has what she needs to survive, but is surviving enough?

Life takes a turn when a young nature photographer, Justin Spencer—in pursuit of the fabled Wild Child—captures her on film. While chasing the story of a lifetime, Justin is injured and Brinn comes to his rescue. The two build a tentative friendship, but with his own violent past, an abusive alcoholic father, and a mother he couldn’t protect, he must decide if proving himself is worth betraying the trust of the girl he has vowed to help.

Trust is a commodity that Brinn has been unable to afford. Can the kindness and gentle touch of a stranger break through the wall she has built around her heart? After half a lifetime of living in isolation and fear, Brinn must decide if leaving the safety of her remote cabin is worth the hope—and danger—that may await her.

She pushed away the tendrils of fear that snaked along her skin. The flesh on her arms rose as if chilled, despite the steamy water. Being alone had kept her safe and alive. Now, her life of exile felt like a prison sentence she longed to escape. It was now or never. If she wanted to be a part of Justin's life, she knew she would have to try to be a part of his world. A glimmer of hope, a desire for more, sparked inside her. A future filled with possibility lay ahead.

Brinn stepped out of the deep tub and dried off. The dripping water soaked the plush bath mat beneath her feet, the cool air bringing another shiver along her flesh. Abby studied her silently. Brinn pulled the towel tighter around her shoulders, uncomfortable with the scrutiny.

“Do you remember much about it?” Abby asked tentatively as she averted her eyes.

“What?” Brinn knew what her friend was asking but pretended otherwise. She clamped her teeth together to stop them from chattering. The warmth of the hot water quickly receded and the cold of her nakedness took over. She slid the towel lower to cover the scars on her thigh. The pity in Abby’s eyes gnawed at the tight knot in her stomach.

“You’ve never talked about what happened when you were little. Do you remember much about your life before the mountain?” Abby wrapped a thick soft bathrobe around Brinn’s shoulders and led her to the bed, sitting down beside her.

“Not really.” Brinn said quietly. She did not want to have this conversation. It would be hard enough to face the world again without dredging up all those old feelings and awful memories. “It’s in the past,” she said, lifting her chin in defiance. “I want to concentrate on the future for a change.”

Abby nodded agreement and smiled a little sadly. “I understand. But if you ever want to talk about it, I’m here.” She gave Brinn a one-armed hug and grinned up at her. “Let’s get you dressed.”

Happy to let the topic go, she watched as Abby rummaged through her closet, throwing dresses onto the bed and piling shoes into a heap on the floor. “Take your pick.” She said, coming to stand.

Since Abby was shorter and had more curves than Brinn, Abby thought it best to stay with something flowy and simple. They settled on a knee-length sun-dress that gathered under her breasts, with thin straps and a tiny floral print. It was a little short on Brinn's long frame, but the small pink and yellow flowers gave her a radiant glow. The outfit was finished off with a pair of strappy sandals that left her newly trimmed and painted toes open to the air and hanging slightly over the edge of the small shoes.

Brinn clomped back and forth across the room. “Can’t I just wear my boots?”

“I don’t think so.” Abby grimaced as she put Brinn’s old clothes and boots into a bag, holding each item by two fingers as if disposing of a dead fish. “You’ll get used to them. Try to walk like a lady. Take smaller steps. Keep your feet closer together,” she coached until Brinn figured out that walking in heels was similar to crossing a stream on slippery rocks. If she pointed her toes and stepped softly, she managed slightly more grace than a waddling badger.

Once she mastered the treacherous footwear, Abby sat her down on a small cushioned stool and ran a brush through her hair. The idea of being in the city among crowds of people had her fidgeting on her seat. Despite the queasiness in her stomach at the prospect of what was to come, the long brush strokes soothed her nerves.

“Everything will be fine, Brinn. Relax,” Abby said confidently. She brushed on some pink blush and drew lines underneath each eye with a dark pencil. “Look up and stay still,” she said. Next, Abby dabbed a tar-like substance on her lashes, nearly putting her eye out as Brinn blinked uncontrollably.

“Is all of this really necessary?” Brinn asked, annoyed.

“It will all be worth it; trust me.” Abby continued painting on eye makeup and lip gloss until Brinn squirmed with impatience. “Voila,” she said, standing back and admiring her work.

With her hair blown dry and teeth brushed to gleaming, Brinn was ready. The girls marched into the hallway and stood in front of a long mirror. Abby stepped to the side and peered around her friend. "You look amazing!"

Brinn stared at her reflection, not believing her eyes. She reached up and touched her hair. It was neatly parted down the center and hung in long layers of silken strands on either side of her face, draped like a lace shawl over both shoulders. She sniffed the midnight black feathers that slipped through her fingers. The strands were shiny and smooth, smelling of soap and honey. Her face was darkly tanned, her nose freckled, but the pinkish glow in her cheeks gave her an undeniable radiance. Eyes the blue of summer skies stared back from the mirror, the lashes long and lustrous. Her shimmering lips tasted like sweet berries.

The outfit her friend picked out was the most beautiful article of clothing she’d ever worn. The soft material caressed her skin, bringing to mind Justin’s touch and setting her nerve endings on fire. What would he think if he saw her like this? Her heart fluttered against her chest and warmth pooled in her belly. Would she ever get used to these strange sensations that happened every time she thought of Justin?

When Abby had suggested that she shave the hair from her legs and under her arms, she thought her friend was going too far. But seeing the skin on her legs shimmer, soft and smooth as a shiny leaf, made Brinn’s lips turn up at the edges in a satisfied smile. She examined her reflection in awe. Then the image blurred as tears stung her eyes and cascaded over the brim.

“Don’t cry; you’ll ruin your makeup.” Abby rushed to grab a tissue. “Are you all right, Brinn?”

Taking the tissue and dabbing the happy tears away, she smiled and sniffled, “I’m...pretty.”