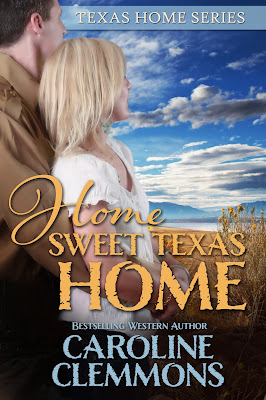 Courtney Madison has battled poverty her entire twenty-five years but is determined to make a safe and happy home for her teen aged brother after the recent death of their mom. Her mom’s illness left Courtney with a mountain of hospital bills, her formerly sweet brother Jimmy is now cutting class and hanging with a rough crowd, and she’s just learned she’s being downsized in two weeks. Hanging on by the threads of a fraying rope, she learns she’s inherited two million dollars from a kind elderly man she befriended when he was in the hospital across the hall from her mom. She thinks her inheritance in West Texas is the answer to all her prayers--but Courtney learns that while money improves her life, it doesn’t guarantee happiness. This modern Cinderella encounters problems even a fairy godmother couldn’t imagine.

Rancher/entrepeneur Derek Corrigan has incredible instincts for flourishing in the business world. With women, not so much. In fact, his friends bemoan he’s King Midas where money is concerned, but his judgment of women is pathetic--evidenced by his late wife and now the flamboyant woman he’s been escorting of late. As far as Derek is concerned, all he wants is to be a good dad to his children Warren, aged 8, and Meg, aged 5. Derek suspects the worst of his new neighbor and vows to fight his attraction for her. The only way he can protect his children and himself is to keep his private life very private. Besides, he knows what women do to him--they always leave and take chunks of his heart with them. He's been there, done that, had the vaccination and is cured. Isn't he?

Set up: Courtney and Derek are at the Winter Madness Ball held at the local county club.

They joined the others circling the room and Derek pulled her into his arms. He looked down at her while they twirled to a waltz. His beautiful cobalt eyes held passion and tenderness. She sighed and rested her head on his shoulder.

His arm tightened, snuggling her to him. His lips brushed her hair and she thought he murmured her name. Contentment washed over her, sending her encounter with Janelle far away.

In the middle of the next number, a fox trot, Derek guided her to the edge of the ballroom floor and out into the lobby. Gently, he pulled her into a shadowy corner before he pressed his lips to hers. For Courtney, they were alone in the universe.

He pulled her closer and she melted at his touch. She slipped her hands inside his jacket and wound both arms around him to knead his back, oblivious to anyone else in the world.

As he slowly raised his head, she felt herself pulled into those deep blue eyes.

Her senses reeled from his kiss and she struggled to maintain at least a shred of her sanity. “You’re a prominent person here, and this is a public area.”

“You’re right, but I couldn’t wait a second longer to kiss you.” He pulled her head to his chest. “Let me hold you a few moments longer.”

With his arms gently caressing her, she rested against his chest. When at last she raised her head to meet his gaze, he exhaled in resignation and brushed his lips across hers. “I know, I know. We should rejoin the others.”