HELLO, DAHLING! I'VE GOT YOUR NUTS IN MY PURSE
BOOK 1 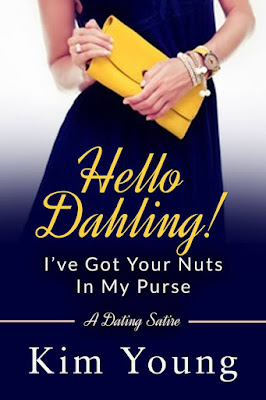 A hilarious look at today's dating world seen through the eyes of this single, sassy woman and her BFFs.

When mature divorced women get together at Happy Hour, the topic usually falls into one of three categories men, dating and/or sex.

By the end of this book, and at least one bottle of wine, you will have laughed, learned something and most importantly realized that you have to love yourself - because that, my friends is the secret ingredient in this complicated world of dating, sex and relationships in which we live.

"Maybe we should go back to 'In the Beginning' but I promise no sermonizing. Sam tells me, 'It's all about the brain. Men have different values, priorities and stimulations.' Yeah right, thank goodness we only share a rib. You're probably thinking with the wrong heard, Sam. Being a homemaker didn't stimulate my brain and I was terrible at meal planning... I wasn't too good with a budget either ."

HELLO DAHLING! IT'S NOT A BOOTY CALL 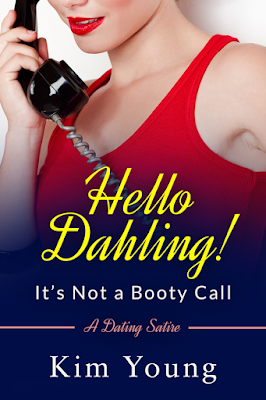 A delightfully funny read with a touch of sarcasm about dating, relationships and sex in the 21st Century.

"I'm ready! I'm ready to do it right. I'm ready to try a real relationship. No more feeling unworthy of love; settling for a guy I know is not emotionally available. I've made the decision. I checked the stars. I told God, 'Show me, I'm ready.' But this weekend the joke was on me - my heart is saying yes, but my head is saying no, no, no.

Kim Young has a B.A. in Journalism from Texas Tech. She is the author of four books, she writes for various publications, is the Executive Editor for NHOME Texas Magazine and is a Realtor (broker/manager) for a large brokerage firm in San Antonio, Texas. She has four children who cringe when they find themselves the subject in one of her dating books.