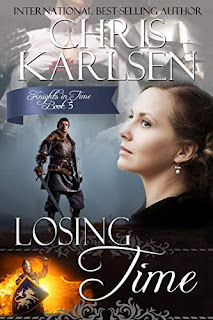 Can love survive the wrong time and place?
Felicia Wycliff's peaceful stroll through the woods turned to disaster when her dachshund bolted after a rabbit. One minute Felicia was running after the determined little dog, the next she was hurled to the ground. Gathering her wits after her tumble, she brushed herself off and continued her pursuit—-right into three mounted knights who blocked her path.
They were so authentic looking. They might've stepped from the keep of the nearby castle, Elysian Fields. But the old Norman fortress was a ruin and had been for three hundred years.
"Seize her," the middle knight ordered, the knight who sat tallest in the saddle.
"Let me go." She fought, striking out when the two knights grabbed her. "Who the deuce are you?"
"I'm the Captain of the Baron's Guard, and you are trespassing."
Kidnapped, her confusion and fear consumed her. But when they rode through the gates of Elysian Fields, the castle looking as formidable as the date it was built, her terror exploded.
When she fell she knew exactly where she was. But where the devil had she landed?

LOSING TIME IS BOOK 5 IN THE KNIGHTS IN TIME SERIES BY CHRIS KARLSEN.  THIS IS FELICIA AND HARRY'S STORY.  I REALLY LOVE THIS ADVENTUROUS, ROMANTIC TIME TRAVEL SERIES.  YOU HAVE HOT AND HANDSOME KNIGHTS, ROMANCE AND ALOT OF ACTION.  IT IS DEFINITELY A MAGICAL TIME PERIOD WHERE EACH OF THEM GO BACK.  FELICIA IS CHASING HER DOG IN THE WOODS WHEN ALL OF SUDDEN SHE IS IN A DIFFERENT TIME PERIOD.  IT TAKES SOME TIME FOR HER TO ADJUST BUT WITH HARRY IN THE PICTURE SHE ADJUSTS PRETTY EASILY.  I LOVE THE ROMANCE BETWEEN HARRY AND FELICIA.  IT IS SO SWEET AND ROMANTIC.  BOTH CHARACTERS ARE VERY STRONG AND LOYAL.  HARRY IS THERE FOR FELICIA AND PROTECTS HER DESPITE NOT BELIEVING HER.  WILL HARRY AND FELICIA HAVE THEIR HAPPILY EVER AFTER WHEN FELICIA FINDS AWAY BACK?

LOSING TIME IS ANOTHER GREAT STORY IN THE KNIGHTS IN TIME SERIES.  CHRIS KARLSEN HAS DONE AN EXCELLENT JOB WITH THE CHARACTERS AND DESCRIBING THE TIME PERIOD.  I LOVE THE HOT KNIGHTS AND THEIR PERSONALITIES.  I LOVE THE TIME TRAVEL ASPECT OF THE STORY, THE ROMANCE BETWEEN THE CHARACTERS AND THE STORYLINE.  THERE IS PLENTY OF ACTION THROUGHOUT THE SERIES AND EACH BOOK.  IF YOU LOVE TIME TRAVELING AND ROMANCE, YOU WILL LOVE THIS SERIES.  I RECOMMEND YOU READ IT.  YOU ARE GOING TO LOVE THE HOT, GORGEOUS KNIGHTS AND THE HEROINES.  I AM LOOKING FORWARD TO READING MORE OF CHRIS' BOOKS.  5 STARS 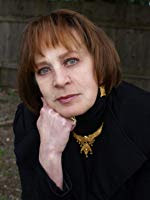 Biography
Chris Karlsen is a retired police detective. She spent twenty-five years in law enforcement with two different agencies. The daughter of a history professor and a voracious reader, she grew up with a love of hisotry and books.
An internationally published author, Chris has traveled extensively throughout Europe, the Near East, and North Africa satisfying her need to visit the places she read about. Having spent a great deal of time in England and Turkey, she has used her love of both places as settings for her books. "Heroes Live Forever," which is her debut book, is set in England as is the sequel, "Journey in Time," the third is "Knight Blindness." They are part of her Knights in Time series. All three are available as a boxed set on Kindle. She is currently working on the fourth in the "Knights in Time," series. "Golden Chariot," is set in Turkey and the sequel, "Byzantine Gold" is set Turkey, Paris and Cyprus. They are part of her Dangerous Waters series.

Her most recent release is called, "Silk" and is book one of a new series, The Bloodstone Series. It is a suspense set in Victorian London.
Published by Books to Go Now, her novels are available in digital, ebook, and Android App. and in paperback. "Heroes Live Forever" is also in audio format.

A Chicago native, Chris has lived in Paris and Los Angeles and now resides in the Pacific Northwest with her husband and four rescue dogs. A city girl all her life, living in a small village on a bay was a interesting adjustment. She'd never lived anywhere so quiet at night and traffic wasn't bumper to bumper 24/7.
Some of Chris's favorite authors are: Michael Connolly, John Sandford, Joseph Wambaugh, Stephen Coonts, Bernard Cornwell, Julia Quinn, Julie Anne Long, Deanna Raybourne and Steve Berry.
Posted by Girl with Pen at 6:00 AM