Review of The Mother-in-Law by Judy Moore 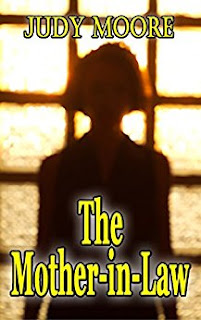 After a whirlwind romance, a young woman from California makes a rash decision and marries a handsome Floridian after knowing him for only one month.

She gives up everything she knows to move cross countrv to live with her new husband, a widower, and his five-year-old son.

Everything seems idyllic until they arrive at her husband's oceanfront home, and she meets her mother-in-law. There's something strange about the woman and the mother/son relationship.
It's not long before her suspicions begin to overwhelm her as she becomes ensnared in the secrets and lies of her new family.

I REALLY LOVED THE MOTHER-IN-LAW.  IT WAS SO GOOD.  IT KEPT ME SO ENGROSSED THROUGHOUT THE BOOK. I DID NOT WANT TO PUT IN DOWN.  WE MEET VICTORIA WHO MEETS AND MARRIES A MAN SHE BARELY KNOWS.  VICTORIA GIVES UP EVERYTHING TO BE WITH THIS MAN AND MOVES CROSS COUNTRY TO LIVE WITH HIM AND HIS SON.  THERE SHE MEETS THE CREEPY MOTHER-IN-LAW.  HOW FAR WILL THE MOTHER-IN-LAW GO TO DESTROY THEIR MARRIAGE?

FROM THE VERY BEGINNING, THE MOTHER-IN-LAW GAVE ME THE CREEPS.  SHE NEVER EVEN GAVE VICTORIA A CHANCE.  I THOUGHT VICTORIA WAS VERY PATIENT AND STRONG.  SHE DID HER BEST TO GET ALONG WITH BRAD'S MOTHER BUT IT WASN'T HAPPENING.  I LOVED THE BOND VICTORIA MADE WITH BRAD'S SON.  HE WAS SO CUTE AND ADORED VICTORIA.  BRAD IS ANOTHER STORY.  THE RELATIONSHIP WITH HIS MOTHER WAS VERY WEIRD.  SHE WAS VERY CONTROLLING AND HE DID EVERYTHING SHE SAID.  IT WAS VERY INTERESTING TO WATCH HOW FAR THE MOTHER-IN-LAW WOULD GO TO DESTROY THEIR MARRIAGE AND THE SECRETS THAT COME OUT.  THIS FAMILY WAS DEFINITELY VERY SCREWED UP.  I WOULD NEVER GUESS HOW FAR SHE WOULD GO.

THE MOTHER-IN-LAW IS A WELL WRITTEN THRILLER THAT WILL KEEP YOU ON THE EDGE OF YOUR SEAT.  THE AUTHOR WILL KEEP YOU GUESS THROUGHOUT THE BOOK WHAT WILL HAPPEN NEXT.  THE CHARACTERS ARE VERY WELL WRITTEN AND WELL DEVELOPED.  IT WAS A GREAT READ THAT I DEFINITELY RECOMMEND YOU READ.  5 STARS 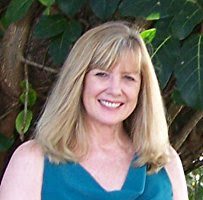 Biography
Judy Moore writes primarily mysteries and thrillers, as well as lighter family fiction. A longtime news writer, editor, and magazine feature writer, she has a master's degree in journalism and was a college journalism professor. Her fiction and nonfiction work has been published in numerous national publications, and her novels are published by BTGN publishers. A lifelong Florida resident, she is a former tennis pro and sports writer, so her stories sometimes have a sports backdrop. Her novel "Somebody Killed the Cart Girl" is a golf mystery, and her "Murder in Vail" is set on the ski slopes of Colorado. Her Christmas anthology "Christmas Interrupted," contains three popular novellas: "Airport Christmas," "The Holiday House Sitter," and "The Hitchhiker on Christmas Eve." An earlier novella, "Birds of Prey," and her new novelette "Football Blues," are also available on Amazon.