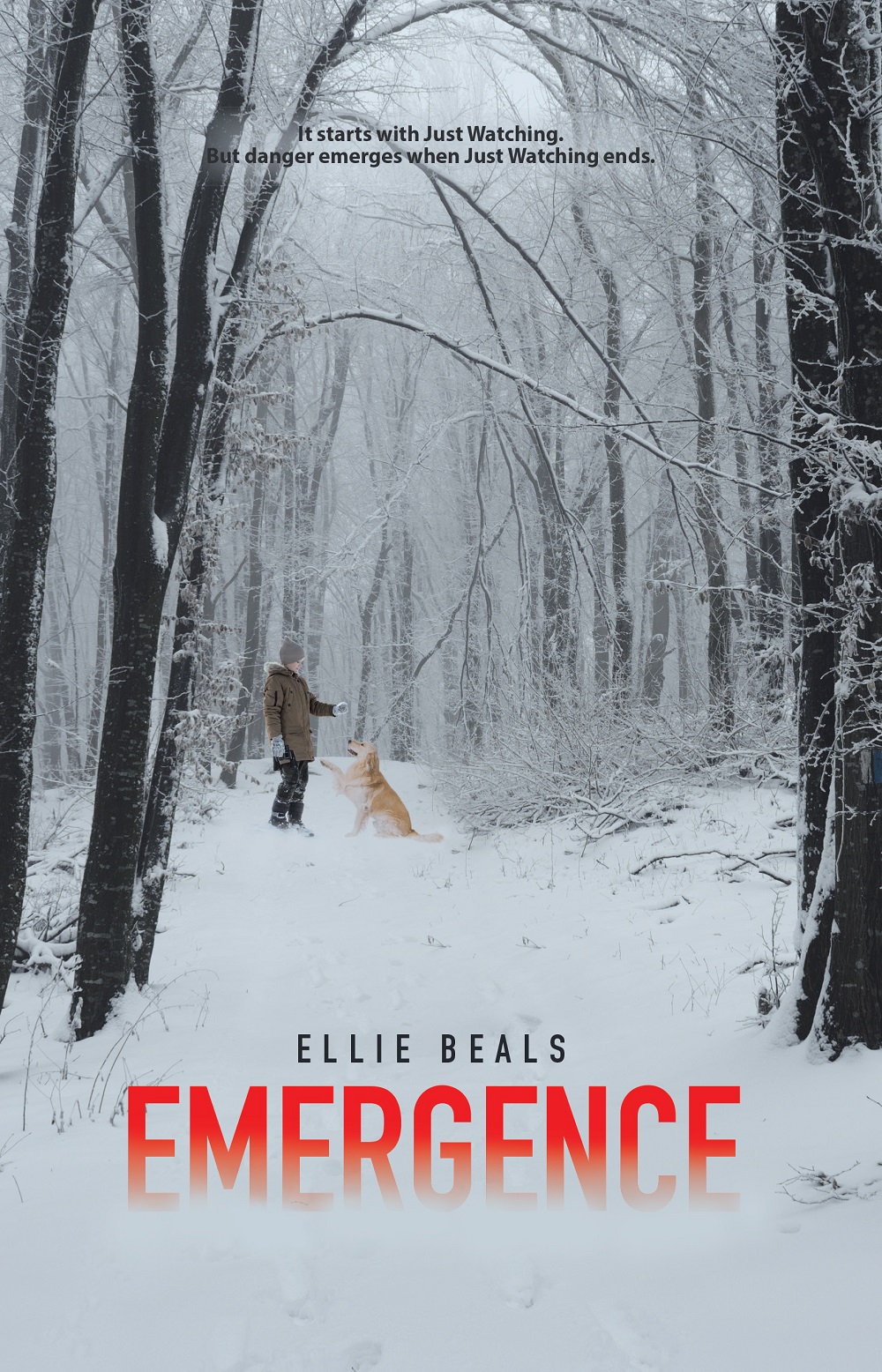 When the “wild child” Xavier first encounters Cass Harwood and her dogs in the woods of West Quebec, he is enthralled. Unknown to them, he Just Watches them in a lengthy ongoing surveillance, before finally staging a meeting. His motives are uncertain – even to him.

The intersection of the lives of Cass, a competitive dog-handler, her dogs, her cousin Lori and the complex and enigmatic Xavier, leads them all into a spiral of danger. It starts when Just Watching ends - when Cass and her crew encounter tragedy in the bush. Xavier’s involvement in the tragedy, unknown to Cass, sets off a chain of potentially lethal events, that begin in the dark woods of Lac Rouge, when hiking, skiing, hunting, trapping, marijuana grow-ops, and pedophilia, collide. It matures in the suburbs of both Ottawa and Baltimore, and culminates back in Lac Rouge, when danger arrives uninvited at Cass’ isolated cabin in the woods. In the night. In the cold. In the heavily-falling snow. Xavier observes it all. His motives are again uncertain, but his propensity for action is not.

Join Xavier, Lori, Cass and the realistic and compelling dogs that are essential players in this dark drama, as their fates converge in a deadly loop of revenge, fear, guilt, and hope.

Our cabin doesn’t have a basement. It is raised on cinderblocks, and is only maybe a foot off the ground…That has allowed me to have an excellent place to hide things I don’t want Stefan to know about. There are boards underneath where the kitchen is, that I’ve had to explore when working with insulation. I now have my own special board, where I’ve hollowed out a space where I can hide stuff. My secret stuff incudes extra notebooks with the drawings of Cassie and the dogs, that would reveal how much time I spend observing them. But it also includes special stuff I’ve liberated, that I don’t want Stefan to know about.

Liberation is a game Stefan taught me when I was littlelittle. He told me that good equipment deserves to be well cared-for. When he was teaching me how to Just Watch, he’d find hunting stands where we could watch campers, fishermen, and hunters. And he would explain when they did things right, and when they didn’t. Not looking after your equipment is not right. So when people were careless, and particularly when they were careless and drunk, or even better - careless, drunk and asleep ( which happens pretty often!) he taught me how to do a super-quiet “leopard crawl”, which means crawling really low to the ground on your belly. And I would have to leopard crawl to liberate the good equipment. It was scary and very fun! I got us lots of good stuff. As far as Stefan knew, it all went into a big wooden chest in the book room.

But I have liberated some stuff on my own – things I never told Stefan about. And that stuff goes into my hiding space under the house. Most of it is small stuff. My favorite little liberation was a system for carrying water in a pack with a hose you can sip it through. But the main thing, the big thing in my hiding space, is the rifle I liberated a year ago, when Stefan was away.

I was Just Watching a little clearing off the main road where hunters often met up with each other. It was early in the season, and I was there before any one arrived. But as the sun rose, four SUVs showed up. They were all big, expensive looking vehicles. Six men got out, all dressed in in the kind of clothes that hunters from the city wear and that Stefan makes fun of. One of the men, who I think maybe was younger than the others, acted really excited. He reminded me of how bullshit dogs like Zeke try to act tough but end up wagging their tails really fast and low and licking the mouths of the no-bullshit dogs. He was the guy with the biggest SUV. While they were getting ready to go, he took two rifles out of the car and showed them to the other men. There was a lot of discussion. I’m pretty sure they were deciding which one he should use that day. They decided on the fancier, newer-looking one, with a powerful-looking scope. The guy put the other one back in the SUV…

It never occurred to me to liberate it. Breaking into a car was not something Stefan had taught me to do. But the guy never locked his vehicle! I couldn’t believe it! 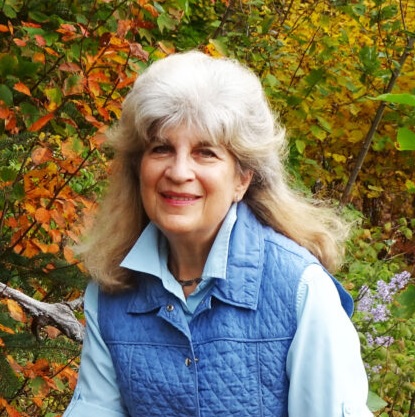 Ellie Beals grew up Baltimore, Maryland and moved to Canada when she was 20. She spent the majority of her professional career as a management consultant in Ottawa, Ontario. Plain language writing was one of her specialties.

Dogs have been a constant in Ellie’s life from the time she was a child. In the mid-1990s, she started to train and compete in Obedience with Golden Retrievers, with considerable success. In 2014, she had the highest-rated Canadian obedience dog (Fracas – upon whom Chuff is modeled), and her husband David Skinner had the second-rated dog. During a ten-year period, both Ellie and David were regularly ranked among Canada’s Top Ten Obedience competitors. They have an active obedience coaching practice in Ottawa, having retired from their previous professional careers in order to spend more time playing with their dogs and their students.

Like Cass and Noah Harwood, Ellie and David have a log cabin in the wilds of West Quebec, where Ellie is an avid wilderness recreationist, constantly accompanied by her dogs. As Covid19 spread in March of 2020, she and David temporarily shut down their coaching practice and retreated to their cabin, where Emergence was written. Lac Rouge is not the real name of the lake on which they live. Everything else about the locale for Emergence is faithful to the character of the gentle Laurentian mountains of West Quebec.