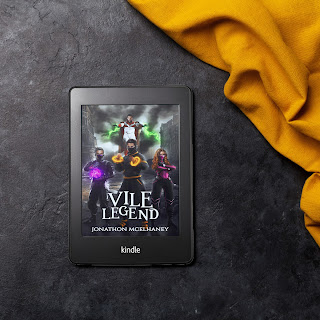 Humanity has changed. No longer are we separated by race, gender, or the petty squabbles that are so common for our kind. Instead, there are the humans and the Gifted, separated now by class, rank, and moral fiber. Viles stalk the ruins of old America, turning the eastern cities into rubble and plaguing the road from the Atlantic to the Pacific. It is only the Legends that can stand up to them, using their Gifts to bring peace to the people. However, not all Legends are cut from the same cloth, and not all gifted are out to protect. The young man known as Impact and his friends have no concern for the reforming country or the Alliance of Legends, but choose the path of Vile Hunters. With their gifts, they will find the Vile who slew their mentor put an end to his evil, or die trying.