The Loving a Young Series Book Tour and Giveaway

The Loving a Young Series is a steamy romance series that consists of six books. While these books are all standalone romances, the characters will be seen across the series since this is a small-town romance series about siblings finding forever loves. 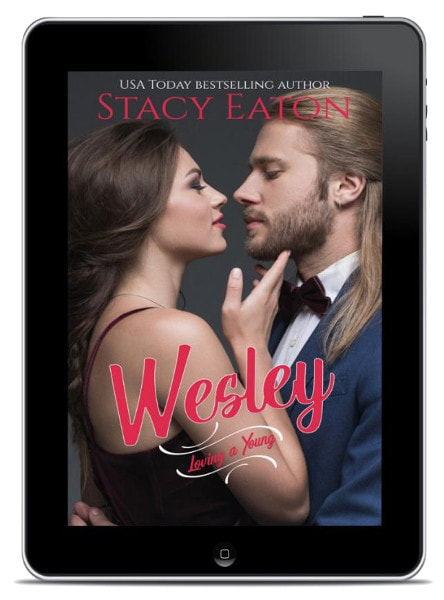 Charlotte Bennett is not a fan of strangers. When she sees a man touching her daughter at the park, she reacts without listening. It’s only later when her daughter is rushed to the hospital that Charlotte realizes how wrong she had been to accuse the stranger of inappropriate behavior.

Doctor Wesley Young only wanted to help the tender-aged girl he witnessed fall, but when her mother attacks him at the park, he’s left stunned. When little Marisol arrives in the emergency department, the mother makes more of an impression on him than the cut she left on his face.

Things heat up quickly when Marisol is no longer Wes’s patient, but when traumatic things from Charlotte’s past are revealed, Wes isn’t sure that Charlotte is the woman for him. Can Charlotte find a way to explain it all so that Wes will accept both her and her daughter? 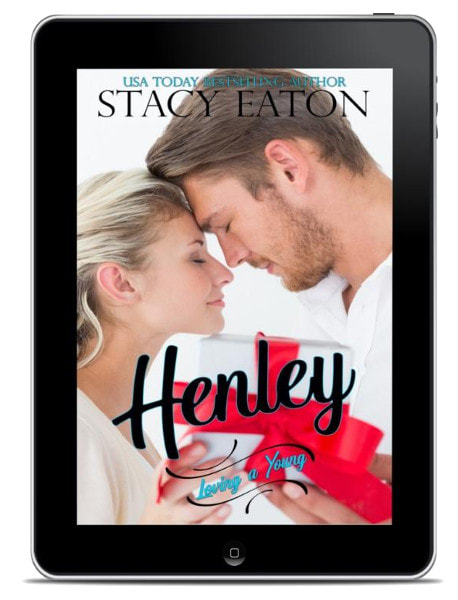 Being a wedding planner is hard, especially when someone is always trying to steal your business, and your family doesn’t support you. However, Roxanne Novak is determined to keep her business afloat—no matter what. When Roxy is in a car accident hurrying to meet a potential bride, she’s injured and scared, but paramedic Henley Young takes excellent care of her.

Henley loves his job and thrives on the adrenaline of helping people in need. Maybe that’s why when he meets Roxy, he’s inclined to help her with more than just medical care. Hooking her up with his older brother Wesley and his bride-to-be could be just what she needs. It might also be the start of something between Henley and the spunky little wedding planner.

With a surprise job offer Roxy, she finds herself rethinking her entire business plan. Excited at the prospect and another chance, Roxy and Henley begin making plans. After Roxy accidentally learns of Henley's past relationship, everything she knew about him is questioned.

Can Roxy and Henley put the past to bed and move forward to something that might be more than what either had ever hoped for? 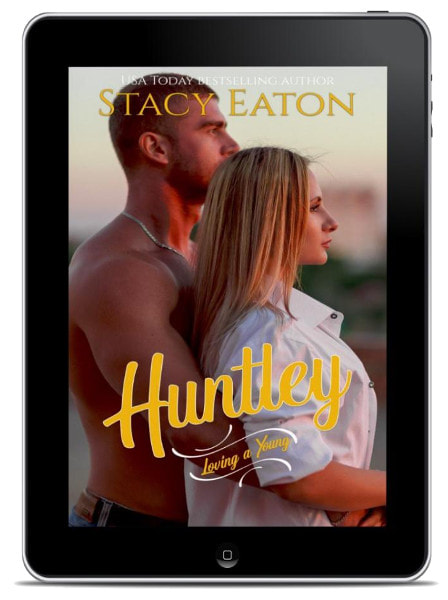 Daniella Knight works hard to create suspenseful and romantic tales, but after a violent interaction with a fan, she shutters herself from the world. When her house catches on fire, Daniella and her protection dog, Tigger, are forced to rely on the help of strangers.

Huntley Young loves being in the thick of the action. Especially, if that action has something to do with his job as a firefighter. When Huntley stops the homeowner from going back into the house, he has no clue that he just placed himself firmly in the hero department.

As Hunt and Daniella get to know each other, Daniella’s creative mind sometimes has trouble separating reality and fiction. When danger strikes again, will Daniella be able to see what is right in front of her, or will her past trauma protect her while hiding inside her romantic fictional world? 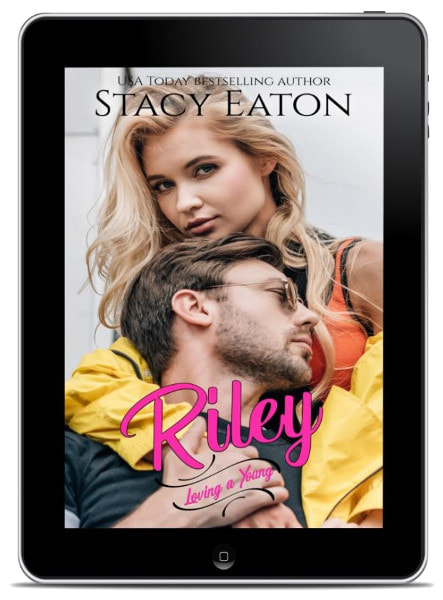 Riley is always the life of the party, and it's Ethan that is there to pick her up and keep her together. He knows her almost as well as she knows herself, and he knows she will never love him as he does her.

Now Ethan wants more out of life and love, but Riley continues to deny her feelings and insists they are only friends with benefits. When a training opportunity comes up that will get Ethan out of town for months, he jumps on it. Finally, a way to get over Riley and move on.

With Ethan gone and a new guy in her life, Riley finds herself dealing with several emotional issues without the help of her best friend. A family emergency has Ethan feeling lost without Riley there to lean on, but he refuses to go to her and seeks solace with another.

Will Riley make the right choices, and finally, admit how she feels, or will she find herself alone and falling further down the rabbit hole? 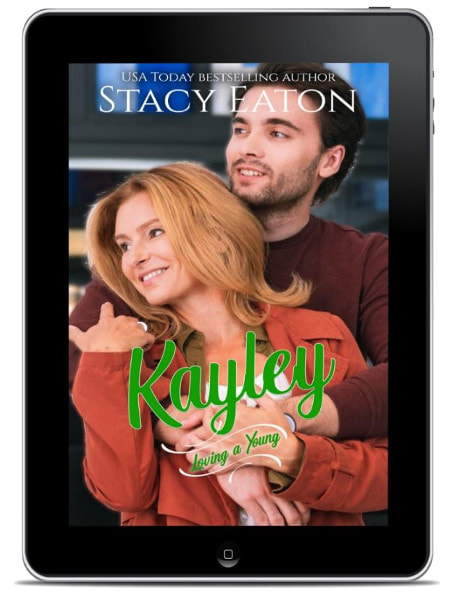 Kayley Young’s life is about to undergo a few profound changes. Independent Kayley Young is a real estate agent in New York and loves her life as a single woman. She’s not one to get tied down, and she leaves the baby-making to her siblings.

Officer Cameron Sexton is new on the job, a veteran of the military, and proud of his dedication to the job. Unfortunately, he finds himself annoyed at his lackadaisical sergeant who should hang up his gun belt before getting someone hurt. When Cameron is dispatched to a burglary, he meets Kayley Young and is instantly attracted to her. Cameron has a feeling she reciprocates those feelings, except she’s a little leery of the fact that he is ten years younger than her.

When Kayley’s life starts taking a turn for the worst, she finds herself depending more on the attractive young man she has let into her bed for fun than she intended. Her original thought of enjoying the moment starts to last longer, but Kayley’s not sure that dating a man ten years her junior is smart for the long haul. Especially with the rest of the changes that have happened in her life. Can Kayley come to terms with the age difference, or will her family sway her away from the younger man? 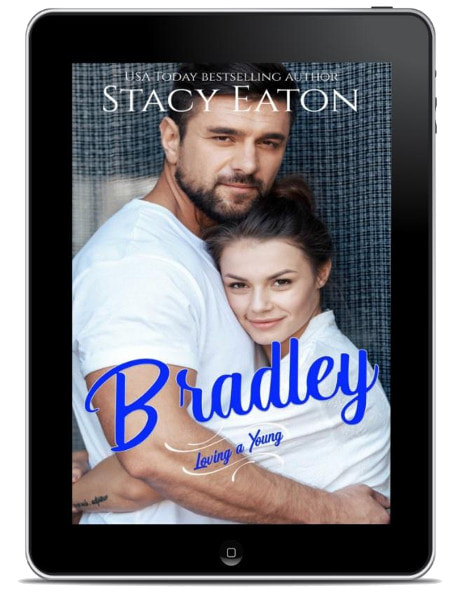 Bradley Young is the eldest sibling of the Young family, and the only one who has previously been married. After losing his wife to cancer, he’s used to caring for his two kids alone. The thought of dating is not something he’s interested in, not with a busy construction business, and a family that always needs help.

Nolan Nickels needed a change, and with the help of her good friend, Kayley, she left New York and came to Millerstown to take a teaching position at the middle school. She has always been a huge tomboy and loves to fix things with her hands and play sports.

With a new house in her name, Nolan seeks out the perfect plan to get the house ready so she can bring her two daughters home, but is her fixer-upper more than she bargained for?

When Kayley finally gets Brad to stop by the house to check something, Brad finds himself more than intrigued with the spitfire, Nolan. Will he finally find the woman to spend his life with, or will she put a halt to any type of future? 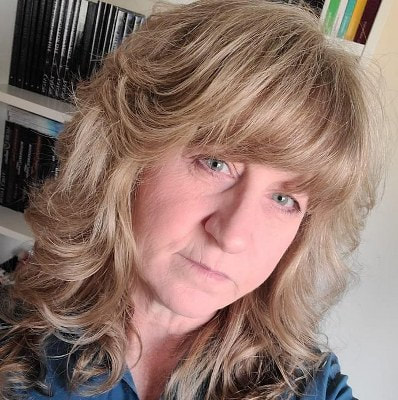 Stacy Eaton is a USA Today Bestselling author and began her writing career in October of 2010. Stacy took early retirement from law enforcement after over fifteen years of service in 2016 due to a second serious concussion. Her last three years on the job were in investigations and crime scene investigation. She now writes full-time.

Stacy resides in southeastern Pennsylvania with her husband, who works in law enforcement. She has a daughter in college and a son who is currently serving in the United States Navy.

Stacy writes a variety of genres, but mostly romance. She enjoys writing real-life stories that people can relate to with real-life problems, emotions, and solutions.

Her favorites: Classic cars, photography, Disney, music, coffee, and her favorite sweatshirt that says, You are dangerously close to getting killed in my next novel.

Visit Stacy's website for more information on her and her books. www.stacyeaton.com