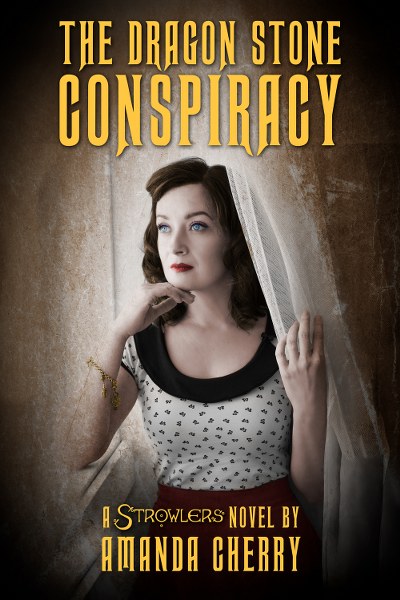 When the Fäe go to war with a Nazi cult, one woman will protect humanity's future.
As World War II rages, accidental immortal Pepper Elizabeth Jones is on the run from government agents on both sides of the Atlantic. Hidden in neutral Ireland, she is summoned to meet with a mysterious general, The Righ, who tasks her to save magic itself from the Nazis. Now, she must race against the clock to stop an evil ritual and prevent the Nazis from gaining a world-shattering supernatural power.
Pepper Jones and the Dragon's Stone is part of the Strowlers Shared Cinematic Universe, a collaborative global story that anyone can join.
Tell your story. Change the world.
Goodreads * Amazon 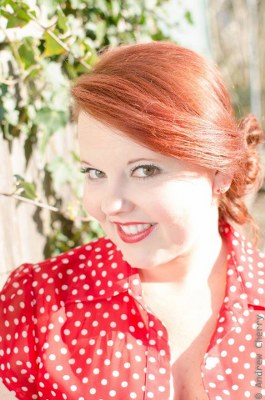 Amanda Cherry is a native of Pensacola, FL and an alumnus of UNLV who hasn't been thoroughly warm since moving to the Seattle area in 2003. Amanda's first love was performing, and she has had a successful career as a theatre, television, and film actress.
Amanda's first book was penned in her family's den and published by her father in time for Christmas in 1985, she was six years old. After the limited success of that first outing, Amanda turned to writing stories for fun. She spent the next twenty-odd years doing just that.
A lifelong nerd, Amanda joined the staff at her favorite Star Wars site, Tosche Station, as a contributing writer in 2016 and discovered that letting other people read what she'd written was actually pretty fun. Thanks to the encouragement of a friend, she was invited to submit to Cobalt City Christmas: Christmas Harder in 2016 while living overseas in Berlin, Germany. When she learned that her story was bought, she cried.
Capitalizing on the success of that publication, Amanda's pitch for a follow-up novel was accepted. The rest is, as they say, history.
Amanda once again lives in the Seattle area with her husband of ten years and four year-old son. In her free time, she enjoys driving her little blue convertible and officiating flat track roller derby.
Website * Facebook * Twitter * Bookbub * Amazon * Goodreads