The Adventures of Marisol Holmes Book Tour and Giveaway 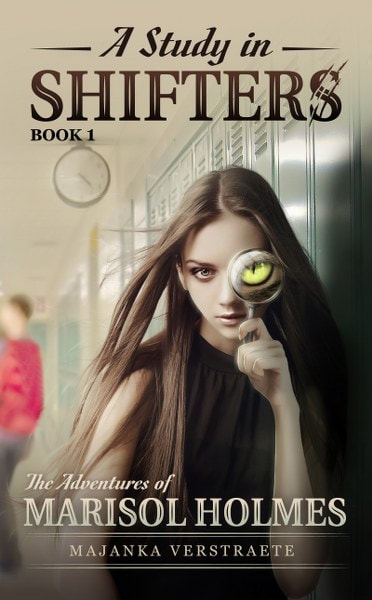 A Study in Shifters
The Adventures of Marisol Holmes Book 1
by Majanka Verstraete
Genre: YA Paranormal

“The game is afoot.”
Seventeen-year-old Marisol Holmes wants to live up to the family legacy; after all, she is the great-great-great granddaughter of Sherlock Holmes. What's more Holmesian than a grisly murder? The Conclave, an underground organization of detectives solving supernatural cases, is giving her just one chance to catch a killer and join them. After all, as a half-blood jaguar shifter, Marisol is uniquely qualified to solve this murder—since every scrap of evidence points toward the culprit being a fellow jaguar shifter.
“There is nothing more deceptive than an obvious fact.”
There's more to this than just evidence. Is one of her own people really involved, or is this all a ploy to kick Marisol’s mother off the shifter throne?
When Marisol discovers her handsome best friend, Roan, is missing, she realizes Roan may be the killer’s next target. The stakes just got higher than political intrigue.
"When you have eliminated the impossible, whatever remains, however improbable, must be the truth."
Just when things couldn’t get worse, Marisol’s ex-boyfriend-turned-nemesis, Mannix, starts leaving sinister clues for her. In her last case, Mannix broke her heart and ruined her case, and Marisol isn't sure which is worse. Marisol fears this case too might be far more personal than she could’ve imagined.
"Elementary."
It’s time for Marisol to prove her worth, or her people could fall into chaos while her best friend loses his life.
This book is perfect for fans of: shapeshifters, steampunk, paranormal, high school drama, teen romance, Sherlock Holmes and deadly intrigue.
Add to Goodreads
Amazon * Apple * B&N * Google * Kobo 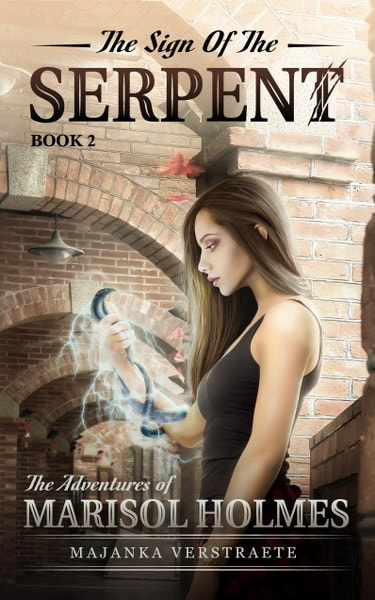 “I really could not put down The Sign of the Serpent, and I cannot help myself loving Marisol more and more each page.” – Am Kinda Busy Reading
Meet Marisol Holmes: High School Student, jaguar shifter, and great granddaughter of Sherlock Holmes. She’s solved countless supernatural cases, but her next one’s the hardest yet. Why?
Marisol is about to lose her heart.
Two days ago, terrible events shattered the very foundation of the Conclave. Now, Marisol Holmes swears she’ll stop at nothing to destroy the man she once loved: her arch nemesis, Mannix.
But when a cryptic clue left by Mannix leads Marisol to a secret room that once belonged to her father, she realizes that hunting down Mannix won’t be that easy. If she wants to catch him, she’ll have to retrace the steps of her own past and discovers secrets that might have been best left buried.
When the hunt for Mannix brings Marisol to London, she teams up again with Roan and Wyatt on a quest for the truth that leads her through the dark alleys of London, to shady shifter pubs, to libraries cloaked in magic, and eventually to an abandoned castle in Scotland that once belonged to her family.
But Mannix is as sadistic as he’s smart. At every turn, Marisol and her friends face harsh truths and deadly puzzles and risk their lives to uncover a past that should stay buried. With the stakes getting higher and Marisol’s attraction to Roan growing, can Marisol deny what she truly wants, even if it puts her new love on a collision course with her villainous ex?
Add to Goodreads
Amazon * Apple * B&N * Google * Kobo 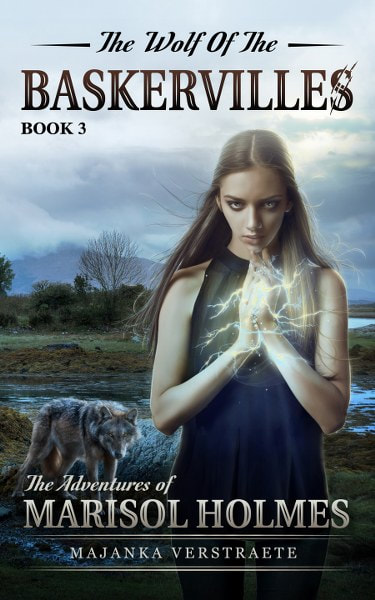 Marisol Holmes, great-great-granddaugther of Sherlock Holmes and jaguar shifter, is being held captive in a castle belonging to her mortal enemy Mannix, surrounded by people who want her dead. Meanwhile, Mannix's sidekick Indra is roaming around, pretending to be Marisol.

The more Marisol learns about Mannix's plans, the more she realizes she has to stop him at all costs. Underneath the castle is an underground labyrinth filled with riddles that were once solved by her famous ancestor, Sherlock Holmes. The labyrinth holds the powers of ancient mythological creatures, similar to the power held by the Sigils.

Mannix having access to the might of the legendary wolf Fenrir is bad enough, but to allow him access to other, similarly magnificent powers, is a recipe for disaster.

Marisol will have to do whatever it takes to stop Mannix, even if it means risking her own life. 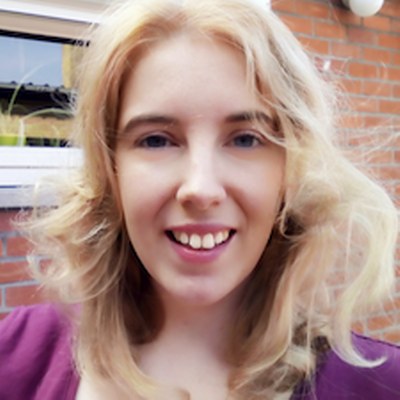 Author Majanka Verstraete has written more than twenty unique works of fiction. A native of Belgium, Majanka’s novels explore the true nature of monsters: the good, the bad, and just about every species in between. Her young adult books include the acclaimed Mirrorland (YA Dark Fantasy) and Angel of Death (YA Paranormal) series of novels. At MHB, Majanka is currently developing a new YA shifter series with a fresh take on fierce female detectives called THE ADVENTURES OF MARISOL HOLMES.
When she’s not writing, Majanka is probably playing World of Warcraft or catching up with the dozens of TV series she’s addicted to.
Website * Facebook * Twitter * Instagram * Bookbub * Amazon * Goodreads