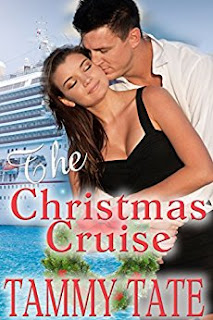 Despite planes and ships disappearing in the legendary Bermuda Triangle for decades, Ally takes a cruise with friends from Miami to Bermuda. It takes them deep into the heart of the North Atlantic. She soon learns motion sickness is the least of her worries. Right away, she’s drawn to Brad, the head of security, only he’s arrogant and obnoxious, and she decides she wants nothing to do with him. Then the cruise ship encounters an eerie green mist that sends them back in time to a deserted island. Her and Brad must pull together to survive a dangerous storm, a waterspout, and evil pirates. As their relationship grows, they have to confront the biggest threat of all…their feelings for each other.

CHRISTMAS CRUISE WAS A VERY FAST READ FOR ME.  FROM THE VERY FIRST PAGE UNTIL THE LAST PAGE.  TAMMY DRAWS YOU INTO THE STORY AND THE CHARACTER'S LIVES.  ALLY IS TALKED INTO GOING ON A CRUISE WITH FRIENDS TO THE BERMUDA TRIANGLE WHERE PLANES AND SHIPS  HAVE BEEN DISAPPEARING FOR DECADES.  ALLY HATES CRUISES SINCE SHE GETS MOTION SICKNESS. SHE MEETS BRAD, HEAD OF SECURITY AND SHE IS DRAWN TO HIM IMMEDIATELY.  BRAD IS DRAWN TO ALLY BUT HAS BEEN HURT BY EX-GIRLFRIEND.  HE IS VERY ARROGANT AND OBNOXIOUS TOWARDS ALLY.  ALLY DECIDES SHE WANTS NOTHING TO DO WIT BRAD.  AN EERIE MIST SENDS BRAD AND ALLY BACK IN TIME TO A DESERTED ISLAND.  THERE ALLY AND BRAD SUCCUMB TO THEIR FEELINGS AND FIGHT TO STAY ALIVE.  WILL THEY FIND THEIR WAY BACK TO THE CRUISE SHIP?

I REALLY ENJOYED CHRISTMAS CRUISE.  I LOVE BRAD AND ALLY.  I LOVE THEIR PERSONALITIES.  THE CHEMISTRY BETWEEN THEM IS INSTANT AND THERE IS SO MUCH PASSION BETWEEN THEM.  I LOVE HOW TAMMY ADDED THE BERMUDA TRIANGLE TO THIS STORY TO MAKE IT SO MUCH MORE INTERESTING.  I HIGHLY RECOMMEND YOU READ CHRISTMAS CRUISE.  THERE IS SO MUCH IN THIS STORY.  WE HAVE A TOUCH OF PARANORMAL, ROMANCE, SUSPENSE AND ACTION.  ALL THE INGREDIENTS FOR A GREAT STORY.  I CAN TELL YOU I WILL DEFINITELY BE READING MORE BOOKS BY THIS AUTHOR.  I LOVE HER WRITING. 5 STARS 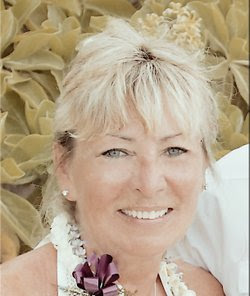 Biography
Tammy Tate was born and raised in Hollywood, Florida but has lived most of her adult life in Texas. Her passion to write began in high school. It follows her everywhere she goes...creating a world where anything is possible. She's been married to the same wonderful man for over thirty years. Her secret to a long marriage? It's easy when you marry your best friend. In her world, Friday night is still date night.