Release Blitz The Right Kind of Trouble by Shiloh Walker 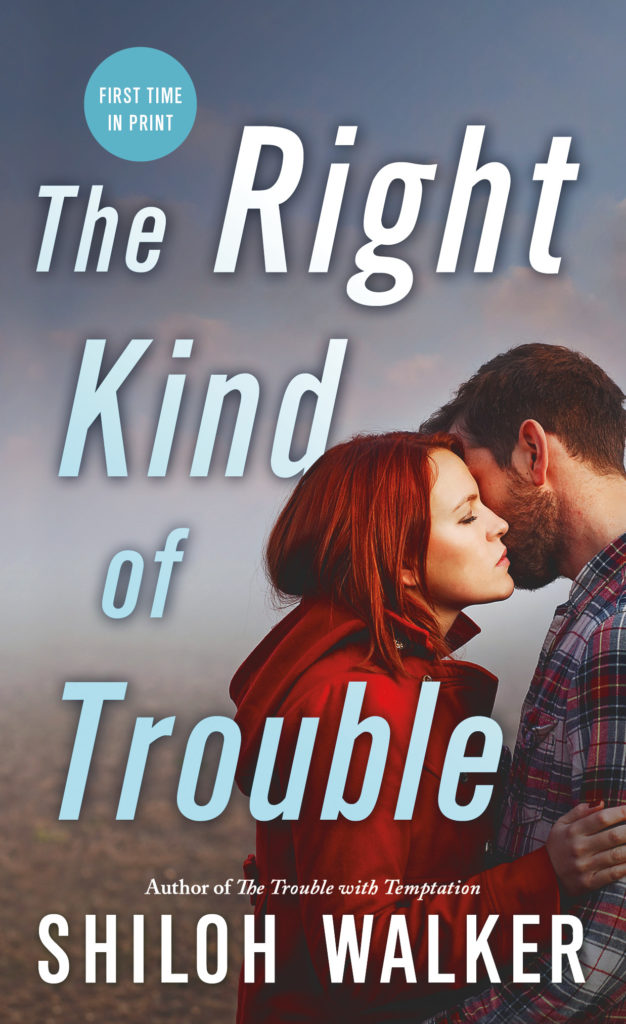 Desire won’t take no for an answer in The Right Kind of Trouble by Shiloh Walker
In the small Southern town of McKay’s Treasure, everybody knows that the handsome local police chief, Gideon Marshall, has been carrying a torch for Moira McKay. It’s also no secret that Moira has been rejecting Gideon since…forever. But after an attack from a mysterious stranger bent on taking down the McKay family, Moira becomes filled with distrust toward most men. Now she wonders whether she’s been wrong about Gideon all along―and if it’s not too late to admit him back into her life…and into her bed...
Gideon has finally convinced his wasted heart to give up on Moira, who he’s loved since he was sixteen years old. Moira’s attack changes everything, however―and he vows to protect her. But how much is he willing to risk for a woman who’s always kept him at bay…until now? And is it too late for Moira to tell him that her love for him has always been locked deep in her heart―and he holds the key? 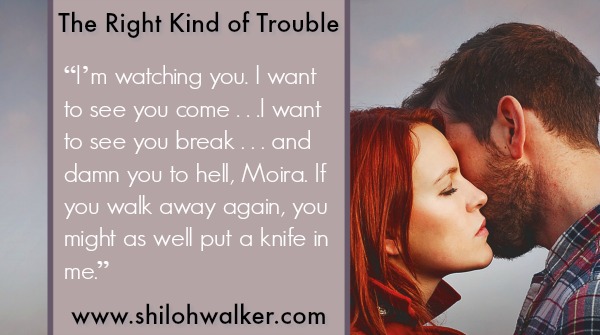 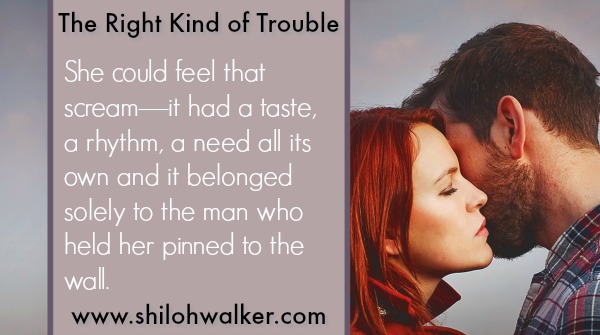 Gideon was staring at her, his chest rising and falling in a harsh rhythm. She thought maybe that if she reached out then, he might have turned and walked out. So she just pushed her jeans down her thighs, along with her panties.
Naked now, she stood there waiting. She figured this was best. If he turned around, if he rejected her while she was naked, vulnerable, maybe it would even the scales.
The old wooden boards of the floor creaked a little as he took one step, then another toward her. She licked her lips, hardly daring to breathe.
“And what about tomorrow, Mac?” he asked. “You going to push me away . . . again?”
She saw the answer he thought to be true in his eyes.
Slowly, she shook her head.
“Mac?”
She held out her hand.
For the longest time, he didn’t move.
Then he did—toward her.
In the time it took for her to take a deep breath—whether it was to blow out in relief or to brace herself, she didn’t know—Gideon had hauled her up against him and she found herself pressed against the wall.
She went to kiss his neck, but he tangled a hand in her hair and yanked, forcing her gaze to meet his. So she stood there, trembling and barely able to think past the want while he tore at the zipper of his jeans.
He let go of her hair but only so he could pick her up and brace her against the wall at her back. A moment later, he came inside her, hard and forceful, and the screams trapped inside her lungs seemed to explode throughout her entire body instead. She could feel that scream—it had a taste, a rhythm, a need all its own and it belonged solely to the man who held her pinned to the wall. 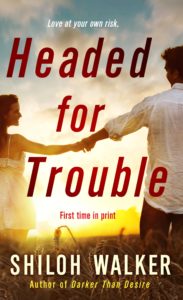 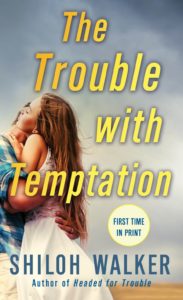 Shiloh Walker has been writing since she was a kid. She loves reading and writing anything paranormal, anything fantasy, and nearly every kind of romance. Once upon a time she worked as a nurse, but now she writes full time and lives with her family in the Midwest. Her Secrets and Shadows series includes Burn for Me, Break for Me, and Long for Me. She has authored dozens of works of romantic suspense, contemporary and paranormal romance, and urban fantasy under the name J.C. Daniels.