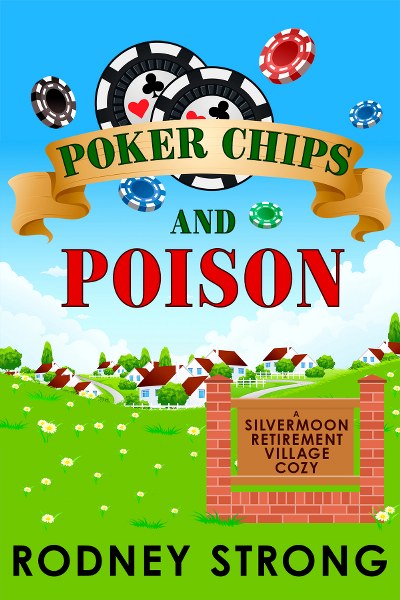 If old age doesn't get her..the murderer will.
97 year old Alice Atkinson should be comfortably living out her days at the Silvermoon Retirement Village. But she's bored. A lifetime of living in the grey area between right and wrong means that winning money off her friends at poker just isn't satisfying.
Then her friend is murdered, and she's the only one who thinks it's foul play. And even she has her doubts.
With the help of Vanessa her newly appointed and occasionally reluctant sidekick, Alice is determined to find out the truth. One thing is for sure, Alice is going to need to dust off some old skills to come through this in one piece.
Grab your copy of Poker Chips and Poison now to see how age means nothing when it comes to investigating murder.
**Only .99 cents!!**
Goodreads * Amazon 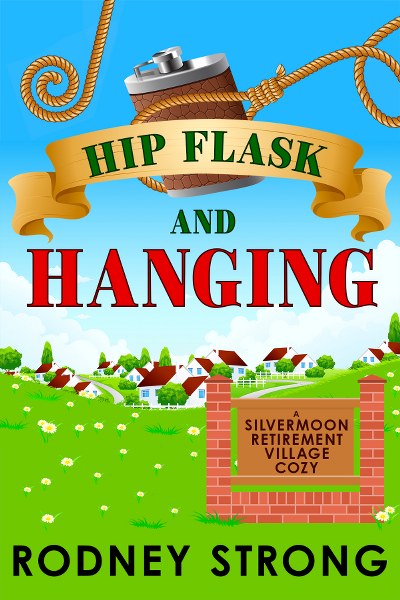 Beat your ghosts or become one yourself
97 year old Alice Atkinson has many ghosts in her past, but she never expected to see this one walk past her in the street.
She doesn't have much time to think about the past though as her friend Teresa asks her for help. She thinks someone is breaking into her apartment and soon Alice and her trusty young companion Vanessa are on the case.
Tracking down the culprit might be exactly what Alice needs to stop thinking about the events of London in 1969, but soon the two events overlap more than she would like, and once again she finds herself in danger.
Alice hasn't made it this far in life by avoiding a fight. She's not about to start now.
Grab your copy of Hip- Flask and Hanging, the second book in the Silvermoon Retirement Village. This laugh out loud cozy mystery series will have you looking at your grandmother in an all new light.
Goodreads * Amazon 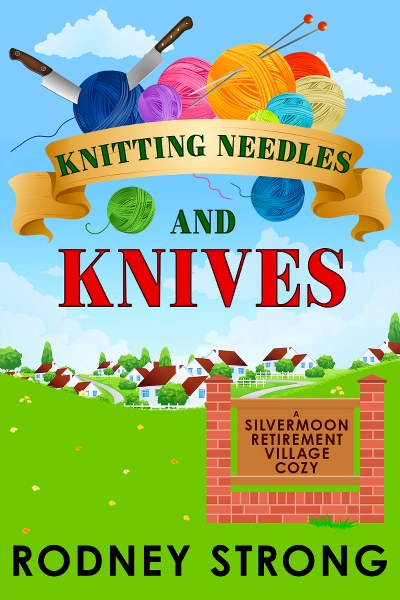 Knitting needles and knives, both can kill you.
Alice Atkinson is laid up after an ill advised attempt to prove age is just a number. When her friend Owen asks for her help with his wayward granddaughter, Alice finds herself drawn into thievery and murder. Soon she's facing off with crooked cops and mobsters, but they pale in comparison to the teenager determined to lie to her at every chance.
Alice is going to need all her considerable wits to sift through the clues, find a murderer, and keep her loved ones safe.
Knitting Needles and Knives is the third book in the Silvermoon Retirement Village series of humorous cozies. Grab your copy now.
Goodreads * Amazon 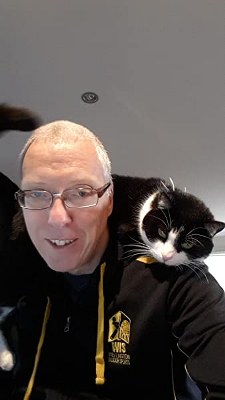 Rodney Strong quit a 9-5 job in 2016 to finally pursue his life long dream of becoming a writer (he still has the very first play he wrote at age 6). He lives in Porirua, New Zealand, with his wife, two children, and two cats (plus a 3rd cat that is trying desperately to be adopted). When he's not writing he attempts to stay away from chocolate, runs (sometimes), reads, and enjoys spending time with his young children (who contribute a lot to the running and craving for chocolate).
He always has a couple of projects on the go, but for now is focusing on his series of cozy mysteries.
One of his cats likes to help with the process by sitting on the laptop, while the other likes nesting on his shoulders (which was cute when he was a kitten, but now the cat is 9 years old, is less so).
Rodney is a member of the New Zealand Society of Authors, and chairs his neighborhood residents group.
Website * Facebook * Twitter * Bookbub * Amazon * Goodreads