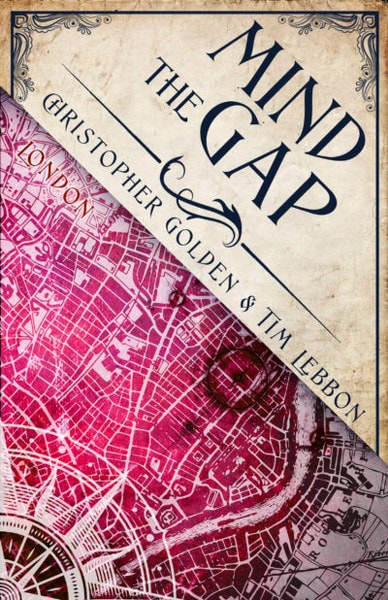 "The
super-fast pacing and creepy touches give this teen adventure plenty
of character."—Publishers
Weekly

Returning
to her home in London, teen Jasmine Towne realizes just how long
she’s been training for the moment she would be on her own. Her
paranoid mother’s last words, scrawled in her own blood, demand her
action: JAZZ HIDE FOREVER. In this moment, the strange men who have
always hung around her family’s life—whom her mother called the
Uncles—become starkly sinister. And they’re on her
trail.

Seeking
cover in the Underground, Jazz slips through a mysterious gate, down
tunnels, and seemingly through time. Inside an abandoned city of bomb
shelters and forgotten Tube stations, she finds temporary refuge with
a gang of petty thieves. Flashes of the past, spectral and haunting,
share the tunnels…with no regard for the living. For how long can
Jazz hide from the terrors of both her worlds? 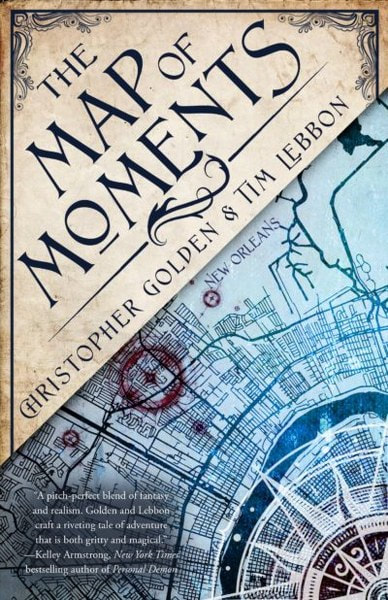 The
Map of Moments
The
Hidden Cities Book 2

To
what lengths would you go to undo the pain of the past?

"Golden
and Lebbon have far outstripped their past efforts with this
wonderfully creepy thriller of a ghost story." —Publishers
Weekly starred
review

"Golden
and Lebbon vividly evoke the rich, enduring character of New Orleans,
as well as spinning a compelling fantasy yarn that builds momentum as
Max works his way through the city's history." —Booklist

Max
Corbett has returned to New Orleans for the funeral of his former
girlfriend, Gabrielle Doucette, but between the destruction wrought
by Hurricane Katrina and the devastation of his ruined relationship,
the city feels alien.

At
Gabrielle's graveside, Max meets Ray. Over a bottle of bourbon in a
dive bar, the two discuss Gabrielle's unique connection to the city.
Ray suggests that this connection might mean her tragic death is not
truly her end. And he happens to know a real magic practitioner—not
some Bourbon Street phony—who could open a window to the past and
send a warning to Gabrielle. Maybe Max can even deliver the warning
in person? Ray offers him a cheap map and says the process is simple.
Follow the charted moments to build up a little bit of magical clout
and then find the man with the gift.

Surging
with liquid courage, Max takes the ludicrous tourist map and sets
off. But it turns out this quest is not so easy. When Max enters the
First Moment, he is drawn into the fabric of history to witness dark
and violent periods, and with each passing step, a grim conspiracy is
revealed. Suddenly in too deep, there is nowhere for Max to go but
through. But when you trudge through a swamp, you're going to get
muddy. 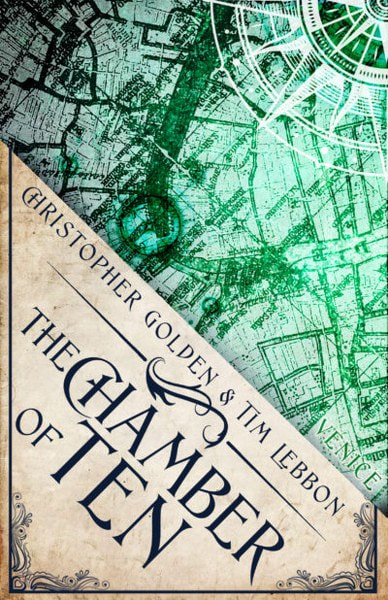 The
Chamber of Ten
The
Hidden Cities Book 3

Archaeologist
Dr. Geena Hodge is on the precipice of success: her team has found an
entrance to an underground chamber while searching for the Petrarch’s
lost library. A documentarian is joining her team for the descent
into the long-hidden structure and may be the key to extensive
funding. Best of all, she is able to share the excitement of this
momentous occasion with her assistant-slash-lover, Nico, whose
psychic presence resonates in her own mind.

Within
a strikingly preserved room—unlike any Venetian excavation—the
team finds only one artifact: a small vessel that immediately
mesmerizes Nico. While the team investigates a slab of granite inlaid
in the floor, Nico becomes transfixed by the object, and before he
can be stopped, he has the urn in his hands. Then, it is broken open
on the ground. And with that, the impossibly withheld groundwater
begins to fill the chamber…

In
the clamor to escape the rapidly flooding room and save the found
texts, the team is sent in all directions. And Nico’s mind, always
attuned to Geena’s, seems to go quiet. His actions in the days
after the incident feel unlike him, and his consciousness seems to
dissolve beneath the weight of his experience with the artifact. What
insidious force was within? And what can satisfy its restless will? 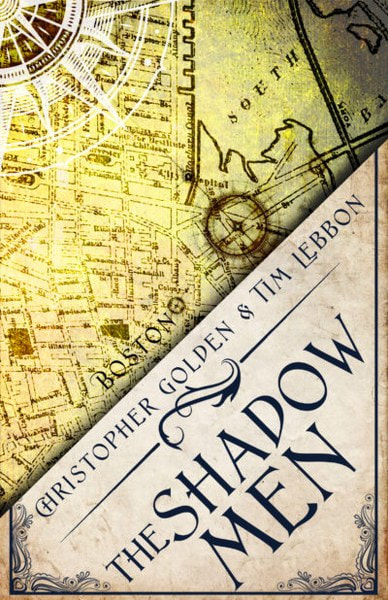 From
Beacon Hill to Southie, historic Boston is a town of vibrant
neighborhoods knit into a seamless whole. But as Jim Banks and Trix
Newcomb learn in a terrifying instant, it is also a city
divided—split into three separate versions of itself by a mad
magician once tasked with its protection.

Jim
is happily married to Jenny, with whom he has a young daughter,
Holly. Trix is Jenny’s best friend, practically a member of the
family—although she has secretly been in love with Jenny for years.
Then Jenny and Holly inexplicably disappear—and leave behind a
Boston in which they never existed. Only Jim and Trix remember them.
Only Jim and Trix can bring them back.

With
the help of Boston’s Oracle, an elderly woman with magical powers,
Jim and Trix travel between the fractured cities, for that is where
Jenny and Holly have gone. But more is at stake than one family’s
happiness. If Jim and Trix should fail, the spell holding the
separate Bostons apart will fail too, and the cities will reintegrate
in a cataclysmic implosion. Someone, it seems, wants just that.
Someone with deadly shadow men at their disposal. 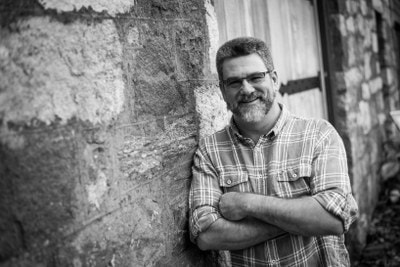 CHRISTOPHER
GOLDEN
is the New York Times bestselling author of such novels as Ararat,
Snowblind, Tin Men, The Myth Hunters, Wildwood Road, The Boys Are
Back in Town, The Ferryman, Strangewood, and Of Saints and Shadows.
He has also written books for teens and young adults, including
Poison Ink, Soulless, and the thriller series Body of Evidence,
honored by the New York Public Library and chosen as one of YALSA's
Best Books for Young Readers.


Golden
co-created (with Mike Mignola) two cult favorite comic book series,
Baltimore and Joe Golem: Occult Detective. As an editor, he has
worked on the short story anthologies Seize the Night, The New Dead,
and Dark Cities, among others, and has also written and co-written
comic books, video games, screenplays, a BBC radio play, the online
animated series Ghosts of Albion (with Amber Benson), and a network
television pilot. A frequent speaker at conferences, schools, and
libraries, Golden is also co-host of the podcasts Three Guys with
Beards and Defenders Dialogue, and the founder of the Merrimack
Valley Halloween Book Festival.
Golden
was born and raised in Massachusetts, where he still lives with his
family. His original novels have been published in more than fourteen
languages in countries around the world. 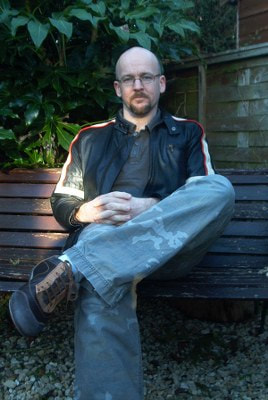 TIM
LEBBON
has been published for over twenty years and have written over forty
horror, dark fantasy and tie-in novels, including The Silence,
Relics, Coldbrook, The Cabin in the Woods, the Noreela series of
fantasy books (Dusk, Dawn, Fallen and The Island), the NY Times
Bestselling novelisation of the movie 30 Days of Night, Alien: Out of
the Shadows, Star Wars: Dawn of the Jedi - Into the Void, and several
books with Christopher Golden, including Blood of the Four, The Map
of Moments and The Secret Journeys of Jack London. He's also written
hundreds of novellas and novels and have won several prestigious
awards.

The
movie of The Silence, starring Stanley Tucci and Kiernan Shipka, is
out summer 2018. Pay the Ghost, starring Nicolas Cage, was released
in 2016. More of his work is currently in development for the big
screen.