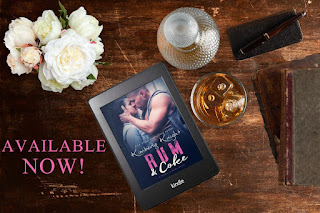 People flock to Las Vegas for the glitz, the glam, the money.

But, in a city that never sleeps there lies a dark and sinful underbelly.

Now, it's Vinny and Tessa's turn to discover what lies in the shadows of Sin city!

Book four in the strong, sexy, and suspenseful Saddles & Racks series that takes on the seedy underbelly of Las Vegas.

Not everything goes as planned …

Vincent Reed always believed he’d play professional volleyball in the Olympics, but when he’s injured his sophomore year of college, his dreams are crushed and he loses his scholarship. Instead of dropping out of school, Vinny began working as a male escort to pay for his education and fulfill his new dream of teaching children. Enjoying the life of luxury and travel, Vinny continues moonlighting as a male escort after graduation. He has everything he could ever need.

Everything happens for a reason …

Teresa Stewart never planned to get pregnant before she was married. She also didn’t plan for the father of her baby to die in combat before she could even tell him the news. Struggling to feed herself and her son, Colton, Tessa moves to Las Vegas where she hopes the cost of living will be cheaper and she’ll find a job in a popular hotel. But finding a job isn’t easy for Tessa, and a neighbor soon convinces her that stripping is the best way to make the money she needs to provide for her small family. All of life’s puzzle pieces are starting to come together, but Tessa knows something is still missing.

At a bachelor party for his co-worker, Vinny meets Tessa. The sexual attraction is undeniable, but they each have something holding them back from moving forward. They grow even closer when Vinny becomes Colton’s teacher, and it seems as though all the pieces are finally falling into place.

However, sometimes the best-laid plans turn to hell …

Because murder will change everything.