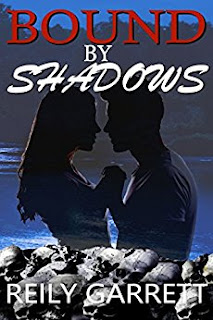 The architect of fear employs many forms.

Kidnapping and murder never crossed Kaylee’s mind when seeking a fresh start in Portland, a new beginning to shed the remnants of tragedy dogging her steps. After escaping from an underground cage, she fights to stay one step ahead of the killer bent on silencing his only witness. Kaylee.
Two months after dodging a sociopathic murderer’s best efforts, Caden McAllister flounders within a social sink hole, unable to move forward, too stubborn to step back. Guarded and wary, the private investigator’s stagnant lifestyle detonates into chaos when a battered and bloody young waif stumbles into his care.
Framed for a murdering a past lover, Caden must clear his name and overcome his charge’s doubts while keeping her out of the sex-slave trade. When betrayal ends with Kaylee’s re-capture, Caden must conquer his past and risk all or lose the one he has come to love.
Murder, mystery, underground tunnels, and romance are intertwined in this standalone romantic thriller, the second installment of the McAllister Justice Series.

BOUND BY SHADOWS IS BOOK 2 IN THE MCALLISTER JUSTICE SERIES. I REALLY ENJOYED THIS BOOK AS MUCH AS THE FIRST BOOK.  KAYLEE COMES TO PORTLAND TO START OVER AGAIN AFTER THE DEATH OF HER TWIN BROTHER.  KAYLEE DIDN'T COUNT ON BEING KIDNAPPED AND ESCAPING FROM A CAGE.  SHE BARELY ESCAPES WITH HER LIFE AND THEN IS PURSUED BY A MURDERER BENT ON KILLING THE ONLY WITNESS.  KAYLEE ESCAPES TO THE POLICE STATION WHERE SHE RUNS INTO CADEN WHO VOWS TO PROTECT HER.  CADEN IS STILL RECOVERING FROM HIS OWN ORDEAL WHICH NEARLY KILLED HIM.  AS CADEN PROTECTS, CARES AND SPENDS TIME WITH KAYLEE, HE REALIZES HE WANTS SO MUCH MORE FROM KAYLEE THAN A ONE NIGHT STAND.  CADEN WANTS KAYLEE IN HIS LIFE FOREVER.  WILL CADEN BE ABLE TO STOP THE KILLER BEFORE HE KILLS KAYLEE.

I REALLY ENJOYED BOUND BY SHADOWS. IT WAS SUCH A GREAT GREAT.  I DID NOT WANT TO PUT IT DOWN.  CADEN AND KAYLEE CONNECTED IN SO MANY WAYS AND HAVE BEEN THROUGH SO MUCH.  BOTH ARE SUCH STRONG CHARACTERS AND THE CHEMISTRY IS UNDENIABLE.  I LOVED THEM TOGETHER.  REILY DRAWS YOU INTO THE STORY WITH SUCH A STRONG STORYLINES AND STRONG CHARACTERS.   I REALLY LOVE THIS SERIES AND THE FAMILY DYNAMICS WITH THE WHOLE FAMILY.  THE WHOLE FAMILY IS THEE FOR ONE ANOTHER AND THE CONSTANT BICKERING AND TEASING IS VERY ENTERTAINING,   I LOVE THE SUSPENSE AND MYSTERY BEHIND EACH STORY.  I CAN'T WAIT TO READ THE NEXT BOOK IN THE SERIES AND LEARN MORE ABOUT ANOTHER FAMILY FAMILY MEMBER.

IF YOU ARE LOOKING FOR A GREAT SUSPENSEFUL, MURDER MYSTERY FILLED WITH DRAMA AND ROMANCE, THEN YOU MUST READ THIS SERIES.  YOU WILL NOT BE DISAPPOINTED ONE BIT.  REILY GARRETT HAS BECOME ANOTHER ONE OF MY FAVORITE AUTHORS.  5 STARS


Biography
Reily is a West Coast girl transplanted to the opposite shore. When she’s not working with her dogs, you can find her curled up with a book or writing her next story. Past employment as an ICU nurse, private investigator, and work in the military police has given her countless experiences in a host of different environments to add a real world feel to her fiction.
Over time, and several careers, many incidents have flavored the plots of her stories. Man’s cruelty and ingenuity for torment and torture is boundless, not contained by an infinite imagination. Witnessing the after-effects of a teenager mugged at knifepoint for a pair of tennis shoes, or an elderly woman stabbed repeatedly with a screwdriver for no apparent reason, left an indelible impression that will forever haunt her subconscious. In counterpoint, she has observed a woman stop her vehicle in severe, snowy weather to offer her own winter coat to a stranger, a teenager wearing a threadbare hoodie. Life’s diversities are endless.
Though her kids are her life, writing is Reily’s life after. The one enjoyed after the kids are in bed or after they’re in school and the house is quiet. This is the time she kicks back with laptop and lapdog to give her imagination free rein.
In reading, take pleasure in a mental pause as you root for your favorite hero/heroine and bask in their accomplishments, then share your opinions of them over a coffee with your best friend (even if he’s four-legged). Life is short. Cherish your time.
Posted by Girl with Pen at 7:00 AM