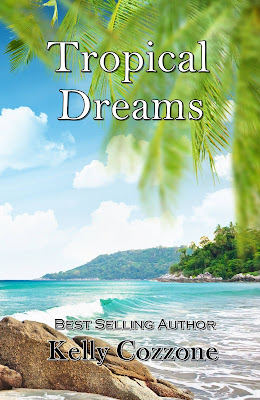 Tropical Dreams is a tale of love, murder and conspiracy. Can Tiana Alexander overcome her past to learn to love again? Can David Murphy let go of the demons who haunt him. Can they face the future together or will life finally take its toll and their lives?

Grabbing her, David’s weight carried them into the grass lining the parking lot. Instinctively, he rolled and sprung to his feet as he reached for his gun. He angrily watched the taillights disappear into the night before he could get a shot off.

He’d been unable to make out the driver or license plate, and became overcome by a sense of failure and foreboding; deep dark sensations of doom clear down to the pit of his stomach. Leaning down to extend his hand to Tiana, he hid his gun before she noticed it. “Are you okay?”

Stunned at what had transpired, her temper flared as she jumped to her feet, angrily ignoring his outstretched hand. “Of all the stupid…” Feeling his eyes upon her, she noticed his stare; “What?”

“I asked if you were okay.”

“Oh, yes. I’m fine, just angry,” she answered, furious with herself for not paying attention, but even more angry with the driver of the car. Fear quickly mixed with the rage as she became acutely aware of how closely she came to being run over. Her hands shook as she tried to cover her anxiety by brushing the dirt off her clothes. “People who can’t drive any better than that should lose their license.” 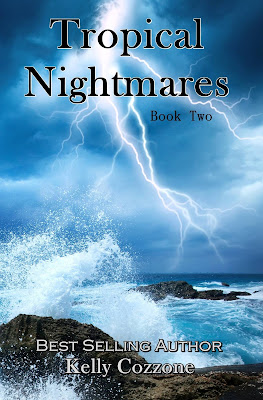 Surviving numerous attempts on their lives including the explosion that rocked Tropical Dreams, David Murphy and Tiana Alexander started to rebuild their lives. Living on the beautiful and tranquil island of St. Lucia, they tried not to let the ugliness of Robert Dubose invade every aspect of their lives. They knew he was coming and wouldn't stop until someone was dead. Robert Dubose planned every second of his revenge against David and Tiana down to the littlest detail. This time he was leaving nothing to chance. Bringing a partner in on the plan almost guarantees his success. Can David and Tiana once again defeat Dubose or will he finally get his revenge? Will Dubose and his hidden partner finally succeed in killing them? Can David forgive himself for failing Tiana or will their love be another casualty?

Lying on the ground at the edge of the bar’s property, a man hid himself from view. He used the leaves from the foliage to cover his clothes, and had the perfect vantage point, with the best view of where David and Tiana sat at the outside table. The umbrella providing the group of friends shade tilted away from him, giving an unblocked line of vision and guaranteed they’d sit for a while.

Never taking his eyes off the bar’s lanai, the man adjusted the sight on his assault rifle. He aimed at Tiana and when he had her in his sights, he zeroed in on her. As he found his target, he shifted his aim off to the side of her location. Blowing out the breath he’d been holding, he locked onto his new target. He took a deep calming breath and moved his finger onto the trigger.

While he prepared to fire the first shot, sunlight reflected off of his scope, and the split second flash of light caught David’s attention. Peering at the spot where the light flashed, he sprung up and tackled Tiana and Ricardo to the floor; “Get down!”

As he fell, David grabbed the table and tipped it over so it would provide some cover for them. Before they hit the ground, the first shot struck Rosa’s arm, knocking her off her feet. She screamed as blood poured out of the wound and ran down towards her fingers.

Kelly Cozzone was born in New Martinsville, WV. After spending 15 years in Myrtle Beach, SC, she finally made it back to her adopted hometown, Austin, TX.

When Kelly isn't writing the mystery stories she loves, she is following her beloved Texas Longhorns. An avid football fan, she spends her fall months rooting on her favorite teams.

In addition to being an author, Kelly writes for Examiner.com and shares her thoughts and stories that strike a chord in her on her blog. She is a member of the National Association of Professional Women.

Kelly has been happily married to her husband for 20 years and has three children who are her life.