Michelle Irwin, in her creation of the Fire and Rain complimentary series of books, has blended the timeless idea of two lovers from different backgrounds torn apart by circumstance within an urban fantasy playground. 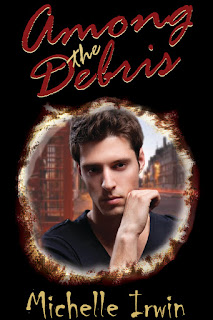 Evie Meyers
Evie can easily be identified for what she is if you know what to look for. With a head of flowing red and golden hair, and eyes with oddly purple irises, she could easily be seen as a monster, that is, if you’re a Rain operative. Raised by her father after her mother’s death in childbirth, she remained unaware of her true nature for many years—at least until an event inadvertently awakened the parts of her that are not completely human.

Evie is loyal, fiery, and has to quickly learn to hold her own in a world that wants her dead.

Clay Jacobs
With his almost-black eyes and dark-brown hair, he looks like his father and older brother, but Clay’s personality could not be any more different. He is just as comfortable around a computer as he is with a gun. His body is littered with scars but most are a testament to the truth of the Rain’s cause. He’s never doubted that what the Rain do is just or right; at least he never did until a life-changing encounter.

When he loves, he loves fiercely and deeply. Passionate about family, love, and life, he struggles with his choices and decisions in a way others might not understand.

Louise Jacobs
Clay’s twin sister, Lou, is the epitome of the all-American girl with blonde hair, and bright blue eyes. However, her life has been anything but the American dream.

Her precious early years were torturous and because of what she suffered, she bears scars deeper than any of her family. Over the years, she has learned to avoid further injury by hardening her heart and not letting anyone in. She is reliant on Clay for guidance, council, and support. Turning away from family is one of the biggest sins that can be committed in her eyes.

She is a ruthless hunter, taking pleasure in being able to inflict the pain she’s suffered back onto the creatures she is tasked to destroy.

Ethan Jacobs
The oldest of the Jacobs siblings, Eth is loyal to a fault. Long ago he switched his heart off to the possibility of love, never wanting to be abandoned by another. The only child with any memory of their mother, he will go to any lengths to stop himself from ever having to cope with the pain of losing someone again.

Although not a completely ruthless killer, he is not afraid to do whatever it takes to save lives—especially when it comes to family. He will deal with any threat swiftly and surely.
Eth has welcomed many women into his bed, but he has never tricked any of them into being there. Through his string of casual encounters, he has built a network of friends outside the influence of the Rain.

Troy Jacobs
Bitter and jaded by love gone wrong, the patriarch of Jacobs crew is something of a closed book. He loves his children, but has spent so long solely focused on building them into the soldiers they need to be that he often has difficulty demonstrating that affection.

Raised as a solider, just as his children have been, he is sure of his worldview and little, or nothing, will ever be able to change it. Ruthless in his execution, he will do anything to keep the world safe from the threat of others—whatever the cost.

UK CREW:
Antoinette (Toni) Harrison
Raised in an Elite family, obsessed with Monty Python, and co-ordinator of various Rain operatives working out of The Flying Dove in Oxford, Toni is something of a contradiction. In her late-twenties, and barely 5’5, she’s a pocket-rocket who regularly dyes her hair a wild array of colors despite her noble heritage.

A ruthless hunter, often shooting first and asking questions later, she would be the perfect Rain operative, if not for the deep secret she harbors.

Charles Harrison
Born of noble blood, with a lineage that stretches back almost to the origins of the Rain, Charles is a stickler for tradition. He takes his role as the head of the Oxford division, and his cover as the owner of the Pluvia Oxford Castle Hotel, seriously. With his long-held, and often reinforced, belief that his family is superior to most, he takes a no-nonsense approach to the tasks at hand, and doesn’t suffer fools lightly.


With no surviving male heir, Charles’s hope is that one day Antoinette will take over the operation, and also that she’ll continue the Harrison line into the future.

Clay Jacobs and Evie Meyers are on the run. Together. Being hunted is almost worth it, so long as that remains true. It’s too much to hope that it can last.

Only weeks after their reunion in Salem, his family strikes, and Clay is torn from his lover’s arms once again. Alone, his certainty in their love falters. Everything he thought was true is called into question. Could his family be right? Could he have been caught in Evie’s spell?

Clay’s obsession with finding the truth leads him on a hunt across the globe. The answer will either bring him closer to freedom or destroy the remnants of his shattered heart. His quest may prove more difficult than he imagines when some people will go to any lengths to keep the truth hidden. 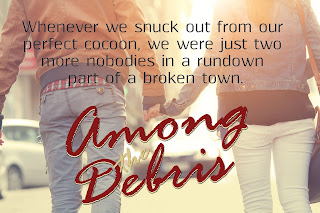 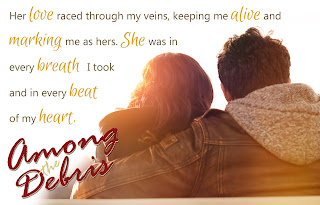 Enter the draw and be in the running to win paperbacks, shop vouchers, and e-books. 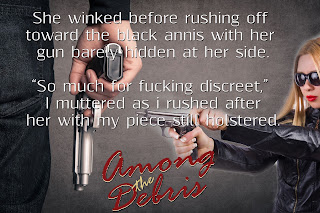 
Michelle Irwin has been many things in her life: a hobbit taking a precious item to a fiery mountain; a young child stepping through the back of a wardrobe into another land; the last human stranded not-quite-alone in space three million years in the future; a young girl willing to fight for the love of a vampire; and a time-travelling madman in a box. She achieved all of these feats and many more through her voracious reading habit. Eventually, so much reading had to have an effect and the cast of characters inside her mind took over and spilled out onto the page.

Michelle lives in sunny Queensland in the land down under with her surprisingly patient husband and ever-intriguing daughter, carving out precious moments of writing and reading time around her accounts-based day job. A lover of love and overcoming the odds, she primarily writes paranormal and fantasy romance.

Blog: http://blog.michelle-irwin.com
Posted by Girl with Pen at 6:00 AM