All Screwed Up by AJ Adams

Hosted by Words Turn Me On

What readers say about AJ Adams:

“A.J. is a talented writer. With a dark imagination.”
CM

“I can always count on her to weave a fantastically well written story with in-depth, precisely developed characters that are meticulously flawed, yet always have that redeeming quality."
Angie V

"There is just something mesmerizing about AJ Adam's style of writing that reels me in every time, even when I start out hesitantly due to a different genre outside my favorite normal."
DebLoves2Read 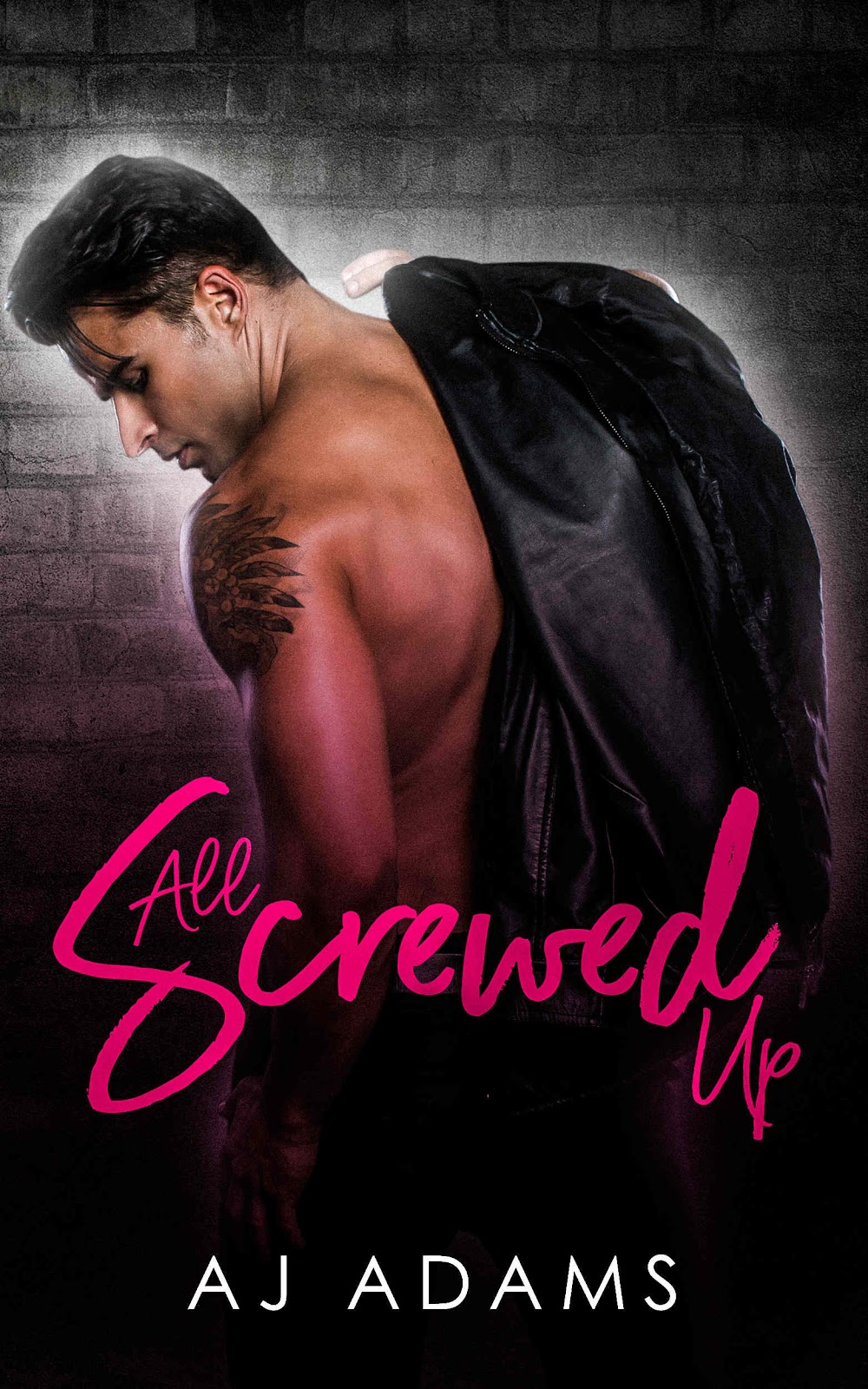 Sexy, sassy adult model Lacy Desire is in deep trouble. Having walked out on her abusive photographer ex and wrecked a major deal, he and his underworld backers are out for revenge. Lacy decides only one man can save her: Rex Winslow, the super hot money launderer for the Disciples MC. His rep for violence and mayhem doesn’t worry her because she knows a secret that will keep him in line.

Rex Winslow, tenth Viscount Ravenshurst and financial guru to the Disciples MC, is about to pull off the deal of a lifetime that will restore his family name and fortune. When Lacy turns up and blackmails him into helping her, he’s furious. Worse, her troubles bring the Horde, rivals to the Disciples MC, crashing in on his deal. Handing her over will fix it but cold-hearted practical Rex discovers he’s fallen head over heels. Can he give her up?

All Screwed Up on Amazon USA

All Screwed Up on Amazon UK

All Screwed Up on Amazon Canada

All Screwed Up on Amazon Australia 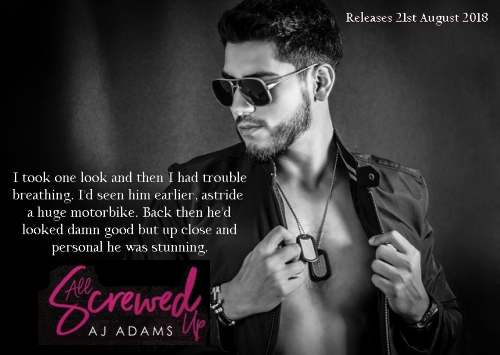 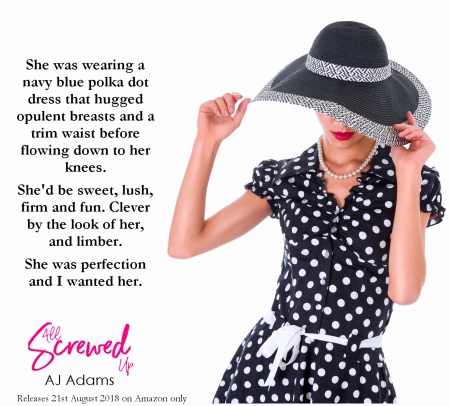 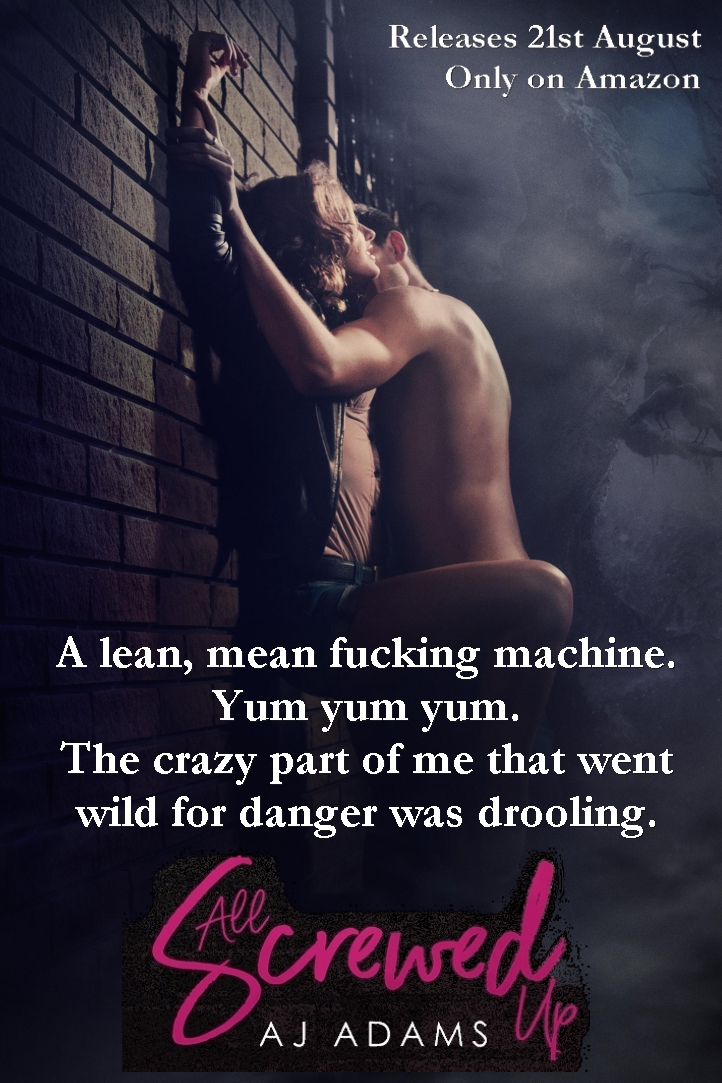 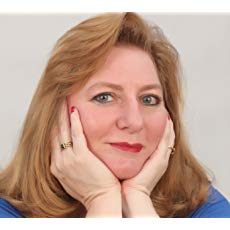 AJ Adams novels are self-standing and although some feature the same families, you need not read them all - but it would be awesome if you did.