CRUSHING ON LOVE
The Bradens at Peaceful Harbor 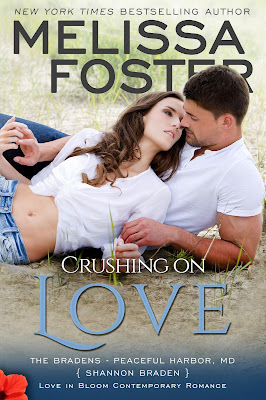 The Bradens are a series of stand alone novels that may also be enjoyed as part of the larger series.

"You can always rely on Melissa Foster to deliver a story that's fresh, emotional and entertaining. Make sure you have all night, because once you start you won't want to stop reading. Every book's a winner!" NYT Bestselling Author Brenda Novak

In CRUSHING ON LOVE...

Steve Johnson is living his life’s passion watching over the Colorado Mountains as a ranger and wildlife consultant. But his peaceful life is upended when overzealous and insanely beautiful Shannon Braden flits back into his life after returning from a brief trip home to Maryland. He thought his attraction to her was under control—after all, she’s only in Colorado temporarily, and he doesn’t do casual affairs.

Shannon’s return to Colorado has as much to do with the game of cat and mouse she and Steve have been playing as it does the data she’s been hired to collect. But despite her efforts to explore the undeniable heat simmering between them, Steve’s intent on keeping his distance.

When a ranch abutting the national park goes up for sale, Steve will do whatever it takes to keep it from falling into the wrong hands. And when all his attempts fail, he’s left with no alternative but to follow Shannon’s guidance into the online world he abhors in order to raise the funds. The more time they spend together, the deeper their attraction becomes, and a game of cat and mouse turns into an unstoppable connection. But when Shannon’s assignment comes to an end, will it mean an end to them, too? 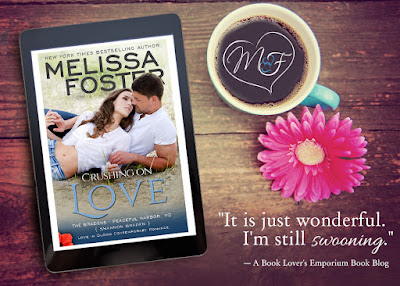 SHANNON WATCHED STEVE swing his ax. He was built like the very mountains he loved: strong and stable, with layers of hard-earned muscles born from honest, hard work. Pure perfection. And that hair? Lord. What would it be like to fist her hands in his hair and kiss him? To touch all those hard planes of muscle? To discover the man behind the walls? She told herself those were wants not needs, no matter how much they felt like it. The kind of unrelenting wants that bring a girl to reach beneath the sheets and satisfy her fantasies.

Shannon had been surprised by how much she’d missed Steve when she’d gone home for her eldest brother Cole’s wedding. She and Steve hadn’t spent more than a few stolen moments together during the weeks she was here for her first assignment. Usually she’d catch him working on equipment, or in his yard, before she returned to her uncle’s ranch in the evenings. He’d captivated her with his passion for, and endless knowledge about, all things wilderness related. And he was different from most of the guys she knew. He wasn’t hung up on his looks or material things. He was real, with a strong set of values and priorities. Somehow, between their almost daily conversations and weeks of hoping she’d see him, she’d become completely and utterly taken with him.

When she’d been offered the assignment and the cabin, she’d accepted without hesitation. She’d missed Steve too much to deny the attraction, and she wanted to see if something might come of it.

Now that she was here, her body was thrumming at the mere sight of him. Given that she’d actually asked him about his sex life—and nearly died on the spot when the question slipped out—she desperately needed to rein herself in.

He wiped sweat from his brow, his tanned skin glistening in the morning sun. “Need anything from town?” he asked, setting another log on the stump.

She couldn’t pry her eyes from his rippling abs and his bulbous biceps flexing with every move. “Town?”

He cocked a smile and hoisted the ax again. “Town. You know, the place where people who like Pinterest live?”

She forced her eyes away, glancing at the trees swaying in the breeze, the rocks at her feet, anywhere but at him.

“I know what town is. I’m just surprised you’re going there.” Everyone knew Steve hated to leave his precious mountain.

“Gotta take care of some business.”

Going into town was a big deal. Unlike a quick trip to the store from her apartment in Peaceful Harbor, the drive into town took at least thirty to forty-five minutes, depending on which town he was going to. She’d realized last night she’d forgotten two very important supplies. Pop-Tarts and toilet paper. She could probably live with the single roll of toilet paper she had in the cabin for another few days if she needed to, but Pop-Tarts were pretty much a necessity. Besides, maybe she could convince Steve to help her scout gray-fox habitats at dusk. Perfect!

“Can I come with you?” she asked hopefully. “I need to pick up a few things.”

She bit her lower lip, willing herself not to fib. But if she asked him to pick up what she really needed, he’d leave and she’d have to go searching for habitats by herself. Now that she’d thought about going later with her yummy mountain man, she’d already settled on it in her mind.

“It’s girl stuff. You won’t want to get it.” So much for not fibbing. “Can I please go with you?” She gave him her best pleading look. “I promise not to talk your ear off.” Fib, fib, fib! She had no control over what came out of her mouth, especially around him.

He muttered under his breath and set the ax against the stump. “I’m not making a hundred stops.”

She leapt with delight and ran over to hug him. Her heel slipped out of her boot and she stumbled into him in a half hug, half full-body-draped-over-Steve embrace. His skin was hot, his body was hard, and getting harder by the second. He smelled like man and musk, and…she was still plastered against him.

She cleared her throat and managed, “Thank you.” Using his chest for leverage—yum, yum—she found her footing and pressed her heel back into her boot. “One stop. That’s it. Promise.”

“You’re excited to get those supplies.” He picked up the logs he’d chopped and piled them on his forearm like they were toothpicks.

“I’m just excited to be back. Maybe at dusk you can help me map out the habitats? It’ll be fun to scope them out together.”

He gave her a curious look. “Haven’t heard anyone describe hanging out with me as fun in a long time.”

“Then you’re hanging out with losers, and I’m taking that as a yes.” She grabbed the coffee mugs, unable to stop smiling.

“I’ll be back lickety-split.” With a bounce in her step, she headed toward her cabin and heard him mutter, “Lickety-split,” followed by a chuckle. 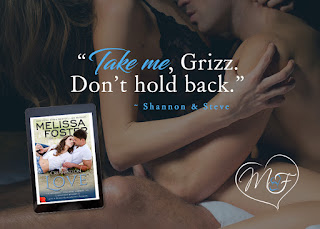 Melissa Foster is a New York Times & USA Today bestselling and award-winning author. She writes contemporary romance, new adult, contemporary women’s fiction, suspense, and historical fiction with emotionally compelling characters that stay with you long after you turn the last page. Her books have been recommended by USA Today’s book blog, Hagerstown Magazine, The Patriot, and several other print venues. She is the founder of the World Literary Café and Fostering Success. When she’s not writing, Melissa helps authors navigate the publishing industry through her author training programs on Fostering Success. Melissa has been published in Calgary’s Child Magazine, the Huffington Post, and Women Business Owners magazine.

Melissa hosts an Aspiring Authors contest for children and has painted and donated several murals to The Hospital for Sick Children in Washington, DC. Melissa lives in Maryland with her family.

Visit Melissa on social media. Melissa enjoys discussing her books with book clubs and reader groups, and welcomes an invitation to your event. 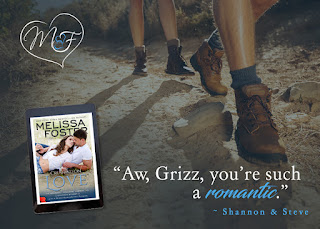