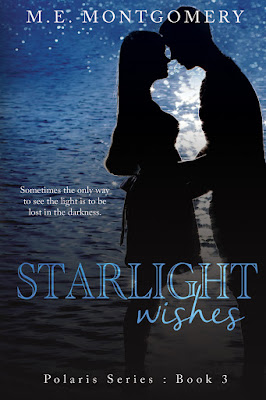 Her wishes dissolved in the darkness…


Jennifer Mitchell grew up knowing what she wanted out of life, and she didn’t let anyone dissuade her. But not all wishes come true. After years of blaming herself for a horrifying experience, she feels her dreams are forever shattered. Attempting to move forward, she searches for someone who can help her escape the nightmare of her past. Many have failed, but now the one person she has sworn to ignore has dared her to dream again and won’t take ‘no’ for an answer. Can she trust him? Will this choice be the final piece to her heart, or will it be the one who shatter her life into total disrepair?


His wishes struggled to find light…


Tyler Cranston’s life was planned for him at an early age. He lived his life to please others, only to have everything go tragically wrong. Now as an adult he chooses his own path, living and playing hard and earning a playboy reputation along the way. But being carefree isn’t as ‘freeing’ as he thought it would be, and he longs for something more. Now once again he’s willing to do anything to make someone else happy, but she believes she’s happier without him. How can he prove he is worth the risk when he isn’t even sure himself?


Through tears and whispered wishes in the dark, can Jennifer and Tyler become the light for each other and turn their ordeals of the past into dreams for a future? 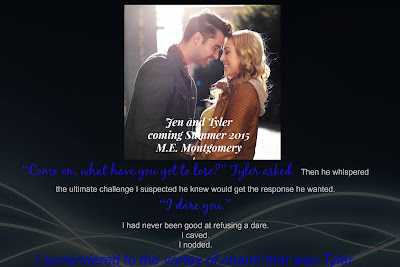 
My mental swearing pulsed in rhythm with my rapid heartbeat as I hopped around on one foot, nervously trying to shove my right leg into the uncooperative leg of my shorts. Just as I thought I had found success, I bumped into the bottom corner of my mattress and fell forward, face-planting almost on top of a lump shaped like a foot. I sucked in my breath, cursing my clumsiness as I stood up. I glanced over my shoulder at the form stretched out on my bed, but he didn’t as much as flinch.


Phew. Unable to stop myself I gazed at the broad, tanned back that tapered to a narrow waist. The sheet rested just below the slight indentation at the base of his spine. I knew what I’d see if I removed the bed covers – a drool-worthy tight ass and long, muscled legs. I’d felt their power as my hands clutched and squeezed those muscled cheeks while my own demanding legs wrapped around his in an effort to pull him tighter to me. Even now, my heart accelerated at the memory of how he made me feel; not just the multiple orgasms I hadn’t known I was capable of having, but the care he’d given afterward.


Moving my eyes upward, I marveled at how I could see the definition of the muscles in his relaxed arms as they cradled his head under the pillows, unperturbed by the events of last night. In sleep, his lips lost their quirky smile, and his closed lids hid the teasing, arrogant brown eyes; eyes in which I got lost during a particularly vulnerable moment. He looked content and at peace, the exact opposite of how I felt this morning. I ripped my eyes away from their feast and managed to get my shorts pulled up and zipped. With as much stealth as I could manage, I opened a dresser drawer and grabbed the first shirt my fingers landed on.


If I could smack myself with any real results, I would. What the hell had been wrong with me last night? Every guardrail, every rule I’d put into place to protect myself from just such an event had been tossed aside, betrayed by my stupid desires. I’d let him, begged him even, to make love to me. Make love? No, that was more my style. For him, I’m sure it was sex, plain and simple. Well, maybe not plain and simple, more like spectacular and mind-blowing, at least for me. Regardless, how could I have allowed such a thing to happen? Had I drunk that much? You wish you could use that as an excuse, but you knew exactly what you were doing. You’re a first class idiot, Jennifer Marie! Now you’re just one more notch on his bedpost.


Feeling suffocated by my thoughts, I shoved my feet into my canvas slip-ons. I turned to the nightstand and stretched out my hand to grab my cell phone. I stopped when I saw the bottle of pain reliever and two of its contents beside the glass of water he’d set out for me the night before. Why did he have to be so damn thoughtful? And who would have imagined the innocent quest for those little white tablets would bring about more havoc than what they were designed to cure? I tried to stifle the memories they conjured, picked up my phone and tip-toed out of the bedroom.


In the kitchen I found some paper and scribbled out an excuse, a lie actually, and left it where I hoped he might find it. I found my purse and quietly opened the door of the apartment. A next door neighbor with a newspaper tucked under one arm and a cup of coffee in his hand was just opening his door. He paused when he saw me, a knowing grin on his face. He winked at me, confirming that I hadn’t been able to completely muffle the cries of pleasure that had burst past my lips last night. Scowling at him, I hurried down the hall, anxious to put some distance between the man in bed and me so I could figure out how to fix this. Fix? The little hammers in my head ramped up their tapping to full blown pounding as if suggesting this would be no ordinary fix, but full-blown reconstruction time.


I knew I was taking the coward’s way out this morning, but I was doing both of us a favor. In the end, he’d be grateful I’d let him off the hook. Massaging my temples as I rode the elevator down to the lobby, I continued to convince myself it was better this way. Reaching the front door, I closed my eyes and shook my head in disgust. I had always promised myself I would never do the walk of shame, and yet here I was, stealing away in the early hours of the morning. And even then I couldn’t do it right. I mean, whoever heard of anyone sneaking out of their own home after a night of the most mind-blowing sex they had ever had? 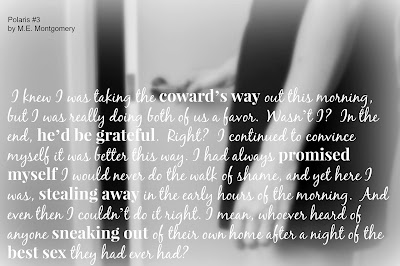 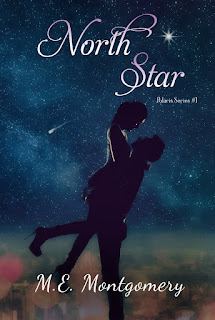 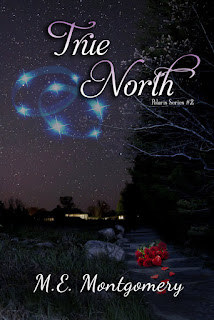 M.E. Montgomery has been an avid reader her entire life, and her Amazon account will attest to that fact! Recently, several voices began telling their own stories in her head. After being assured she wasn’t crazy and this was the sign of an emerging novel, she decided to put her fingers to work and started typing, and with lots of encouragement, decided to share Alex, Kayla, and Aiden’s dramatic and heartwarming tale.


Her family considers her adept in most subjects, to include science, history, reading, spelling, and all mathematical studies, which loosely means she is the homework queen to her four school aged children. Fortunately, her biology and elementary school teaching background help her to keep up the expert façade, at least for now.


Although born and raised in the Washington DC metro area, she has considered many places to be called home since she left to attend college in North Carolina. She is a proud Navy wife, setting up hearth and home wherever in the world the Navy sends her husband. When she’s not reading or writing, she loves to go camping with her family, drinking wine on the deck, and romantic getaways when her husband’s work permits. 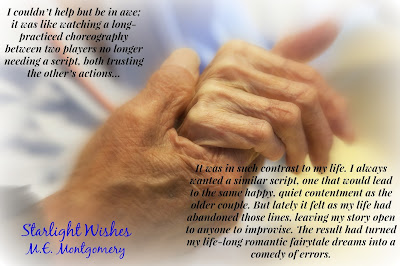