VIDEO TRAILER FOR THE BOOK THAT STARTED THE SERIES (DREAM STUDENT) 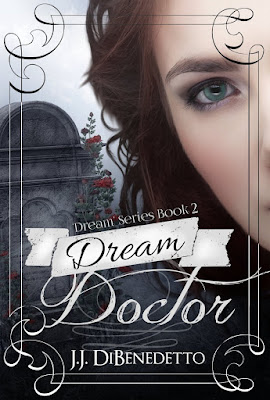 Between adjusting to life as a newlywed and trying to survive the first month of medical school, Sara Alderson has a lot on her plate. She definitely doesn’t need to start visiting other people’s dreams again. Unfortunately for her, it’s happening anyway.


Every night, she sees a different person and a different dream. But every dreamer has one thing in common: they all hate Dr. Morris, the least popular professor in the medical school, and they’re all dreaming about seeing him – or making him – dead.


Once again, Sara finds herself in the role of unwilling witness to a murder before it happens. But this time, there are too many suspects to count, and it doesn’t help matters that she hates Dr. Morris every bit as much as any of his would-be murderers do.

Sara is in her living room, but she knows immediately that this isn’t her dream. She sees Brian sitting on the small loveseat, watching a baseball game on their tiny TV but she can tell that it isn’t his dream either. She’s confused - whose dream is it?


The doorknob turns, the door opens, and the answer is revealed: Barbara from next door. Barbara the tall and attractive law student, who’s currently wearing a bathrobe and – Sara is absolutely certain of this – nothing underneath it.


“Your wife’s not here,” Barbara coos as she approaches Brian. He says nothing, shows no reaction at all. “You don’t want to do anything that would hurt her. I admire that, you know. That’s how a real man ought to act,” she says, stepping between him and the TV.


Sara smiles as Brian continues to not react to her, except for tilting his head to see past her to the TV. She does not smile when Barbara sighs, takes Brian’s head in her hands and forces him to look at her. “You are a good man. But you’re only human,” she says, and then, letting go of him, she unties her robe and lets it fall to the floor… 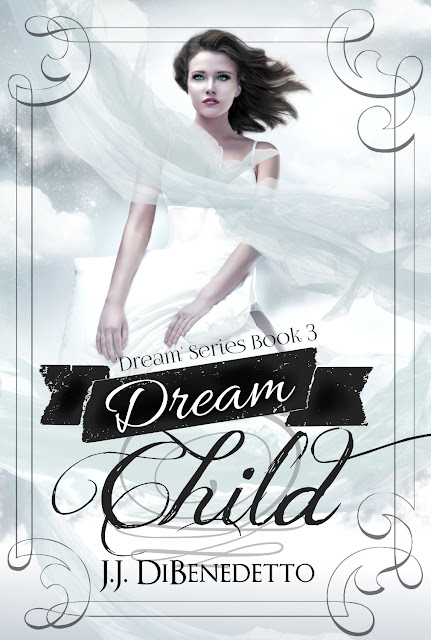 Dr. Sara Alderson can deal with eighty-hour workweeks as a resident at Children’s Hospital. Dealing with crises in the Emergency Room or the OR is second nature to her. But now she faces a challenge that all of her training and experience hasn’t prepared her for: Lizzie, her four-year-old daughter, has inherited her ability to see other people’s dreams.


After Lizzie befriends a young boy on a trip to Washington, DC, and then wakes up in a panic that night because of a “bad funny dream,” Sara knows exactly what it means: her daughter is visiting the boy’s dreams. Complicating matters is the fact that the boy’s father is a Congressman, and he’s dreaming about a “scary man in a big black car” threatening his Daddy.


Unraveling a case of political corruption and blackmail would be hard enough for Sara under the best of circumstances. But when she has to view everything through the eyes of a toddler, it may be an impossible task.

Sara looks down, and she’s surprised to see her belly rather than her feet. She had no idea she would get this big this fast. It wasn’t like this the last time, with Lizzie, she thinks. But then, she reminds herself, Lizzie was just one – this time it’s two.


Sara walks into Lizzie’s room, where her daughter is sitting up in her bed, playing with a very old, very ratty stuffed rabbit.


“Lizzie, honey? Mommy needs to talk to you,” Sara says, and Lizzie sets Mister Pennington aside and looks up. Sara sees her own eyes staring at her, something that she wonders if she’ll ever get used to. She sits down on the bed, pats Lizzie on the head. “You know your friend Marnie?” Lizzie continues to look intently at Sara and nods her head up and down several times. “You know how she has a baby brother?” Lizzie continues to nod, not breaking eye contact with Sara. Sara wonders if this was how she was with her mother.


She’s about to continue when someone else walks into Lizzie’s room. Sara turns, but she knows before she does who she’ll see, and she knows – even though she’s never experienced this side of it before – exactly what’s going on.


Her daughter stands in the doorway, looking at Sara and another version of herself as well. Sara doesn’t say anything; she doesn’t want to scare Lizzie. Lizzie looks at herself briefly, but the image of herself seems to hold no interest. She focuses on Sara, concentrating all her three-year-old attention span on her mother. 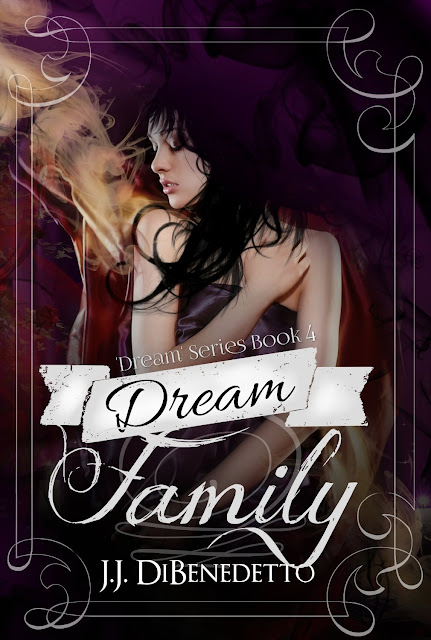 Dr. Sara Alderson didn’t think she had a problem in the world, when she walked into the office for her first day as a partner in her own medical practice. And then the police showed up and arrested her for a crime she couldn’t possibly have committed. Twenty four hours later, after a horrifying day and night in jail, Sara comes home a different – and completely broken – woman.


Clearing her name is her first challenge, but that’s nothing compared to the task of rebuilding her shattered psyche. And the only way she can do that is with the help of the supernatural dreams, the same dreams that have nearly cost Sara her sanity – and almost got her killed – in the past.

Sara is in the workroom on the second floor east ward of the hospital. It’s been a year and a half since the last time this happened, but the feeling is unforgettable; she’s in someone else’s dream. But whose?


Colin Jackson, last year her junior resident and now, in his third year, Chief Resident, is alone, poring through a pile of patients’ charts. As Sara watches him, she knows it’s not his dream. She’s puzzled; there’s no one else in the room.


But her confusion is dispelled a moment later when the door is thrown open and a familiar face looms in the doorway: Paul Sorrentino, with his little girl in tow. Grace Sorrentino, eight years old, looks deathly pale, while her father’s eyes are red and he’s pointing at Colin menacingly.


It’s Paul’s dream, Sara is certain. He growls at poor Colin, “Why the hell am I paying you? Gracie’s doin’ worse again! I want her old doctor back, Dr. Alderson! She took care of Gracie the right way. You tell me where she went, you understand?”


Colin stands, somewhat shakily, and answers Paul. “She’s gone on to a private practice. She’s down in Washington, DC now.”


“I want her back! Grace needs her!” Paul bellows. As she listens to him, Sara’s years of medical training assert themselves. She can’t help but notice that he does not look well. There’s a slight yellowish tinge to his skin, and in the corners of his eyes. And she is certain that he looks thinner than she remembers…

J.J. (James) Dibenedetto's fans would swear he's got a sixth sense when it comes to seeing into the minds of others and often wonder if his stories could possibly be fiction. He enjoys suspending disbelief with suspenseful paranormal tales that are a perfect blend of reality meets fantasy.

His popular Dream Series continues to delight readers with each and every exciting installment.


Born in Yonkers, New York, he currently resides in Arlington Virginia with his beautiful wife and a cat he is sure has taken full advantage of its nine lives. When it comes to the cat, he often wonders, but then again it might just be his imagination.