Eight years ago, there was no World Government. There were no agents, no carts. The fear of a nosebleed did not exist. Then came The Affection—an incurable disease that ran rampant across the planet, killing off roughly 60% of the human population. Two years later—with order in shambles and governments all over the world in ruins—the World Government formed. That’s when the real trouble began. The WG made it its mission to segregate the sick (known as “Affected”) from the rest of the population in an attempt to keep the disease from spreading. Agents were put into place to corral the ill and the God-forsaken carts were introduced.

For the past six years, Ethan has lived a quiet life. He has done his best to remain out of the public eye and, more importantly, off of the agents’ radars. However, when his ex-girlfriend, daughter of the famous scientist who first discovered the disease, is captured by agents and taken to World Government headquarters to be experimented upon, Ethan can no longer pretend the world around him doesn’t exist. On his way to save her, Ethan is thrust into a place of turmoil, espionage and conspiracies. Will he be able to handle the pressures of reality? Will he be able to save her in time?

The agents lead the chef out of the restaurant. Things do not go back to normal so easily, not the way they did back at the ball game. Awash with the tragedy of the moment, people mourn the loss of the chef in different ways. Some leave, some bow their heads and others lose the battle to tears. The hostess gives a speech about the man the chef is. A round of clapping follows.

“This doesn’t make sense,” Grant says. “The chef was Affected. Doesn’t that mean he was serving Affected food? He could have made us all sick.”

“My point is that those agents could easily take us all in for fear of contagion. What’s stopping them?”

Cameron’s card comes to mind—the one with the embossed gold lettering and three contact numbers. I sift through my wallet and pull it out. 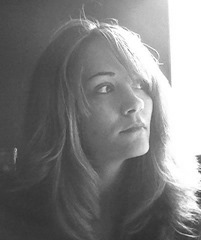 Randi Lee is a writer and blogger who lives in New England with her family and much-loved dogs. She studied Communications, Media and Theater Arts and is an avid fan of live theater. Randi often incorporates techniques she’s learned from her studies into her writing. Believing that her areas of study have much in common with and can benefit the writing world, she shares her knowledge on her blog—often providing fellow writers with a different perspective on the craft via tips and advice.

A world traveler, Randi finds great inspiration in the places she visits. Whether it be a different country or the next town over, Randi uses all of her senses to take in each experience and learn something new. She strongly believes that visiting new places and interacting with different cultures strengthens the soul—and the creative muscles.

Randi is always excited to meet new people and exchange ideas. She can be contacted via e-mail at: randi@randileewrites.com.