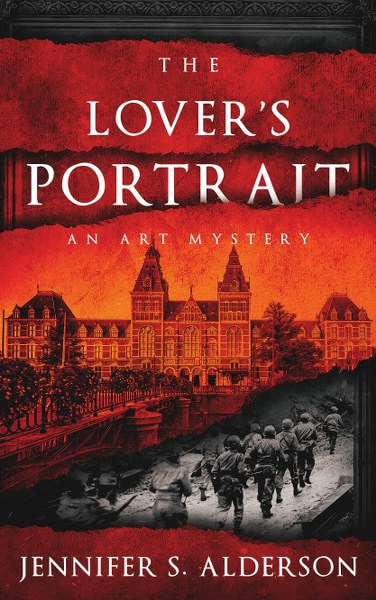 A portrait holds the key to recovering a cache of looted artwork, secreted away during World War II, in this captivating historical art thriller set in the 1940s and present-day Amsterdam.

When a Dutch art dealer hides the stock from his gallery – rather than turn it over to his Nazi blackmailer – he pays with his life, leaving a treasure trove of modern masterpieces buried somewhere in Amsterdam, presumably lost forever. That is, until American art history student Zelda Richardson sticks her nose in.

After studying for a year in the Netherlands, Zelda scores an internship at the prestigious Amsterdam Museum, where she works on an exhibition of paintings and sculptures once stolen by the Nazis, lying unclaimed in Dutch museum depots almost seventy years later.

When two women claim the same portrait of a young girl entitled Irises, Zelda is tasked with investigating the painting’s history and soon finds evidence that one of the two women must be lying about her past. Before she can figure out which one and why, Zelda learns about the Dutch art dealer’s concealed collection. And that Irises is the key to finding it.

Her discoveries make her a target of someone willing to steal – and even kill – to find the missing paintings. As the list of suspects grows, Zelda realizes she has to track down the lost collection and unmask a killer if she wants to survive.

Awarded a B.R.A.G. Medallion by indieBRAG's readers in March 2019
Chosen as Chill with a Book’s January 2018 Book of the Month and winner of a Chill with a Book Readers’ Award
One of TripFiction's 10 Favorite Books set in Amsterdam
Silver Cup winner in Rosie's Book Review Team 2017 Awards, Mystery category
Readers’ Favorite 5 star medal
One of The Displaced Nation magazine’s Top 36 Expat Fiction Picks of 2016
One of Women Writers, Women’s Books magazine's Recommended Reads for April 2017.

Set in present day and wartime Amsterdam, this captivating thriller is not just about stolen paintings, but also the lives that were stolen. This art history mystery also describes the plight of homosexuals and Jewish artists in Europe during World War II, as well as the complexities inherent to the restitution of artwork stolen by the Nazis in the 1930s and 1940s.

The Lover's Portrait is Book One in the Zelda Richardson Mystery Series. The amateur sleuth mysteries in this series can be read in any order. 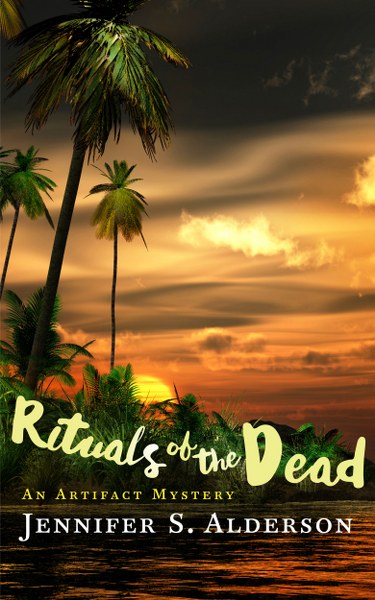 A museum researcher must solve a decades-old murder before she becomes the killer’s next victim in this riveting dual timeline thriller set in Papua and the Netherlands.

Agats, Dutch New Guinea (Papua), 1961: While collecting Asmat artifacts for a New York museum, American anthropologist Nick Mayfield stumbles upon a smuggling ring organized by high-ranking members of the Dutch colonial government and the Catholic Church. Before he can alert the authorities, he vanishes in a mangrove swamp, never to be seen again.

Amsterdam, the Netherlands, 2018: While preparing for an exhibition of Asmat artifacts in a Dutch ethnographic museum, researcher Zelda Richardson finds Nick Mayfield’s journal in a long-forgotten crate. Before Zelda can finish reading the journal, her housemate is brutally murdered and ‘Give back what is not yours’ is scrawled on their living room wall.

Someone wants ancient history to stay that way—and believes murder is the surest way to keep the past buried.

Can she solve a sixty-year-old mystery before decades of deceit, greed, and retribution cost Zelda her life?

Art, religion and history collide in this edge-of-your-seat museum thriller, Book Two of the Zelda Richardson Mystery Series. The novels in this series can be read in any order. 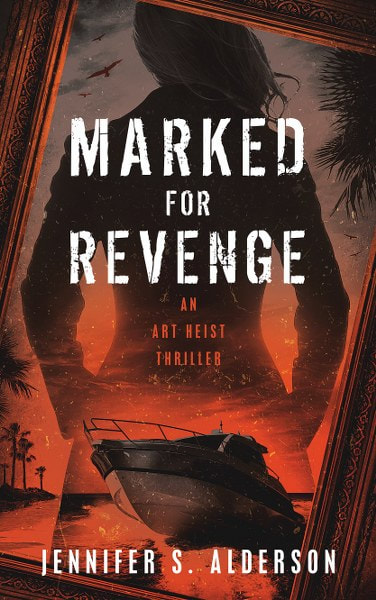 An exhilarating adventure set in the Netherlands, Croatia, Italy, Luxembourg, and Turkey about stolen art, the mafia, and a father’s vengeance.

When researcher Zelda Richardson begins working at a local museum, she doesn’t expect to get entangled with an art theft, knocked unconscious by a forger, threatened by the mob, or stalked by drug dealers.

To make matters worse, a Croatian gangster is convinced Zelda knows where a cache of recently pilfered paintings is. She must track down an international gang of art thieves and recover the stolen artwork in order to save those she loves most.

The trouble is, Zelda doesn’t know where to look. Teaming up with art detective Vincent de Graaf may be her only hope at salvation.

The trail of clues leads Zelda and Vincent on a pulse-pounding race across Europe to a dramatic showdown in Turkey that may cost them their lives.

Marked for Revenge is the third book in the Zelda Richardson Mystery Series. The novels in this series can be read in any order. 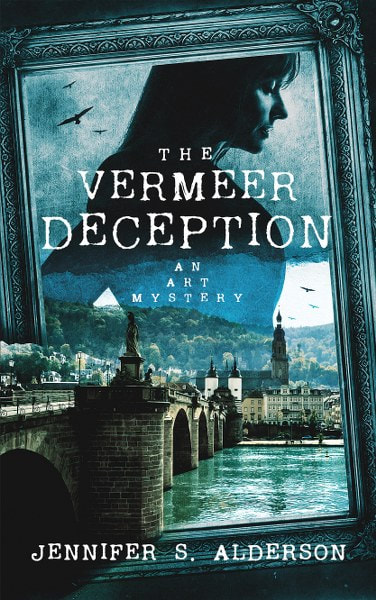 An art historian finds – then loses – a portrait by Johannes Vermeer in this thrilling art mystery set in Munich, Heidelberg, and Amsterdam.

When Zelda Richardson investigates a new lead about a missing portrait by Johannes Vermeer, no one expects her to actually find the painting in a retired art dealer’s home in Munich, Germany. Not her parents visiting from America; her boss, private detective Vincent de Graaf; or the rightful owner of the Nazi-looted artwork.

However, Zelda’s jubilation turns to horror when she arrives to pick up the portrait and finds the art dealer dead and several frames smoldering in his fireplace.

Was the Vermeer a fake and its ‘discovery’ a cruel joke played on a Nazi victim? The Munich police, Zelda’s family, and Vincent certainly think so.

Yet the art dealer’s best friend believes he was murdered and the real Vermeer stolen by an underground network of art looters, one established during World War II and still active today. The problem is, no one believes him – except Zelda.

Zelda soon finds herself in a dangerous game of cat-and-mouse with immoral art collectors, corrupt dealers, and an all-to-real killer who wants her to stop searching.

Can Zelda uncover the truth about the Vermeer before she is painted out of the picture permanently?

The Vermeer Deception is Book 4 in the Zelda Richardson Mystery Series. The novels in this series can be read in any order. 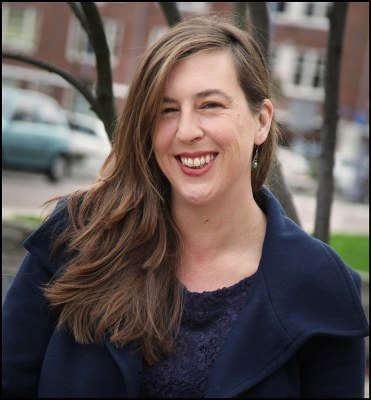 Hi! I am an American expat currently living in Amsterdam. After traveling extensively around Asia, Oceania, and Central America, I moved to Darwin, Australia, before finally settling in the Netherlands. When not writing, you can find me in a museum, biking around Amsterdam, or enjoying a coffee along the canal while planning my next research trip.

My love of travel, art, and culture inspires my award-winning Zelda Richardson Mystery series, Travel Can Be Murder Cozy Mysteries, and standalone stories.

The Lover’s Portrait (Book One) is a suspenseful whodunit about Nazi-looted artwork that transports readers to WWII and present-day Amsterdam. Art, religion, and anthropology collide in Rituals of the Dead (Book Two), a thrilling artifact mystery set in Papua New Guinea and the Netherlands. My pulse-pounding adventure set in the Netherlands, Croatia, Italy, and Turkey— Marked for Revenge (Book Three)—is a story about stolen art, the mafia, and a father’s vengeance.

The Travel Can Be Murder Cozy Mysteries are a funny new series featuring tour guide and amateur sleuth, Lana Hansen. Join Lana as she leads tourists and readers to fascinating cities around the globe on intriguing adventures that, unfortunately for Lana, often turn deadly. Book One— Death on the Danube —takes Lana to Budapest for a New Year’s trip. Can Lana figure out who murdered her fellow tour guide before she too ends up floating in the Danube? Death by Baguette: A Valentine's Day Murder in Paris (Books Two) will be released in February 2020, and Book 3 in May 2020.

I am also the author of Down and Out in Kathmandu , Holiday Gone Wrong , and Notes of a Naive Traveler .

I have also started a group for readers and writers of travel fiction and non-fiction - Travel By Book. We are a promotion and discussion group active on Facebook with a growing presence here on Goodreads.

Thanks for stopping by! 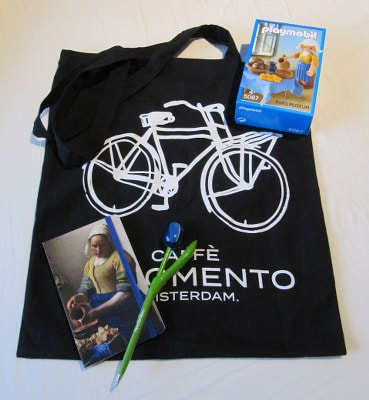