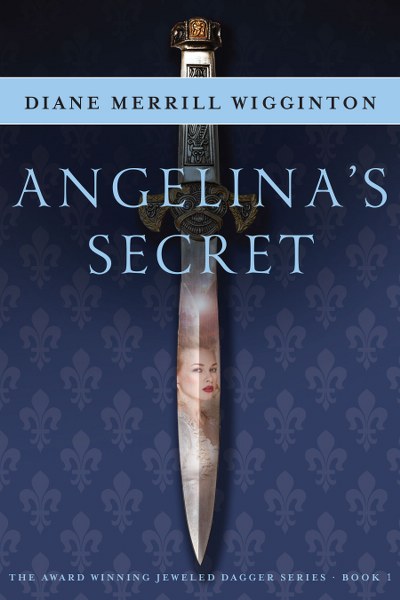 Would you keep a secret to save someone you barely know?

Angelina Stewart is a beautiful, bold, independent woman hiding a terrible secret. After returning home from a sea voyage, she is touted as a hero for saving her family’s ship and crew from a band of ruthless pirates, but Angelina feels like such a fraud.

At the same time, her psychic abilities are becoming more pronounced as she attempts to unravel the mystery of London’s gruesome murders before she becomes the killer's next victim.

He and his band of French privateers steal, rob and plunder unsuspecting ships that have the misfortune of wandering into their domain. Awarded a title by the King of France for bravery during battle, The Duke of Bayonne, A.K.A. Pirate Captain, Jude Deveraux, takes what he wants from the world as he and his best friend, Honore live each day as if it were their last.

That is until the day Jude discovers that the only thing he truly wants is to capture the untamed heart of fiery tempered, Lady Stewart for his own.

>>>Angelina's Secret is the unforgettable introduction to the "Jeweled Dagger" series 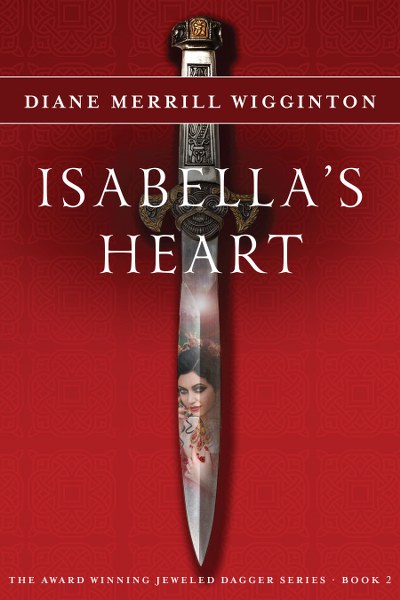 Haunted by a disturbing dream, she must face evils beyond her imagination

It is 1783 England and Isabella Deveraux is an independent, fearless young woman who has hardened her heart to everyone that mattered to her, until the night she experiences a disturbing dream about her twin brother, Charlie, on the eve of their 19th birthday. Charlie and his school mates have been abducted by the devil incarnate and she is resolved to do what ever it takes to save him, even if that means reconciling with her estranged family and placing her faith and life in the hands of an intimidating Irish mercenary Captain.

>>>A mercenary who will do just about anything, for the right price

Captain Aiden Townsend is more than willing to save the lives of three privileged schoolboys, for the right price. Jaded by his own devastating loss, Aiden has worked hard to keep his distance from the female persuasion until he is introduced to Lady Isabella Deveraux. As he sails his ship from England to Dublin, with the beautiful Lady Deveraux aboard, he formulates a plan to help her. But if his plan is to work, he must break through the walls that surround her heart while tearing down a few of his own. 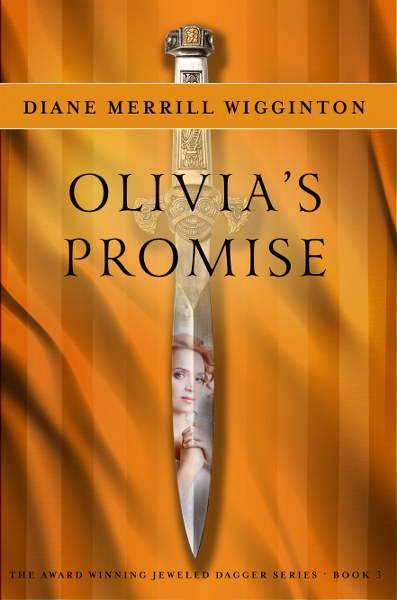 How far would you go to save your best friend from a fate worse than death?

Olivia Townsend is willing to do whatever it takes to save Lilly from just such a fate.

The year is 1804 and Lady Olivia Sophia Allen Townsend has just turned 20 years old. She is beautiful, well-educated and considered by some in polite society to be far too eccentric for her own good. When Olivia was younger, she was very open about her gift. She is not only able to see spirits, but she can talk to them as well. Being shunned by her peers has caused Olivia to turn her back on those who need her the most - spirits caught between two worlds. That is until her best friend Lilly Collins comes to her in the middle of the night and asks for her help. Lilly can’t remember what happened to her and finds herself in need of Olivia’s unique gifts.

Olivia’s younger sister, Coco, is also gifted with a unique set of skills - she can touch someone and know things about them that they would sometimes prefer to keep hidden. Together, the sisters set off on a sea voyage, from Ireland to America, intent on solving the mystery of Lilly’s untimely death.

>>>Southern elites, heirs to an empire

Brody and Quinton Beaumont are fine-looking, eligible, southern gentlemen, and heirs to a successful cotton empire. They also happen to be twins, hiding a deep dark secret. Their mother, Annabelle Beaumont, died eight years earlier on the night of their annual birthday winter ball, yet she continues to rule over their plantation home with an iron fist.

Olivia, who has never been drawn to any man, feels an undeniable connection to Brody Beaumont, but first, she must figure out if she can trust him, and if he or his twin brother Quinton had anything to do with Lilly’s death. 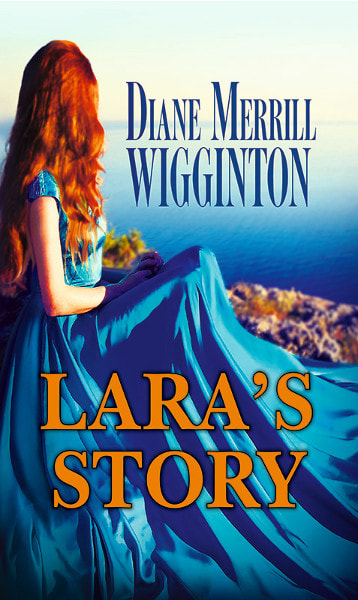 “When a heart breaks, it does not break evenly, cleaving in half exactly down the middle.”

Surrounded by her large, boisterous family in 1840s Ireland, Lara Flannigan has never known anything but love and belonging—until the day tragedy strikes, leaving her abandoned and forced into indentured servitude.

REMADE IN A NEW WORLD.

Just when all hope seems lost, Lara is discovered by a childless American couple, visiting Ireland to aid in the famine-relief effort. With barely a chance to look back, she’s swept away to a bustling new continent—and a dizzying new reality. One of petticoats, opulent townhouses, and the cold reaches of Philadelphia high society. Desperate for a future, Lara works tirelessly to fit into her new life... while still haunted by a past that won’t let her go. Set in a fascinating historical period, Lara’s Story is a gripping young adult novel that explores the strength of the human spirit and the power of forgiveness to heal a broken heart. 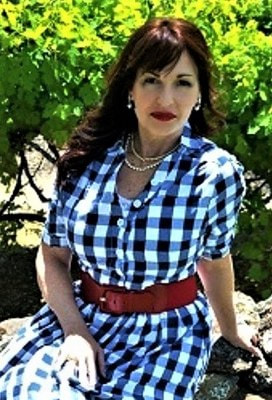 I was born in Riverside, California in 1963. My family and I moved to San Diego when I was 7 and I never looked back. I had a very rich life growing up with my brother, David, and best friend Gigi. I married my husband, David in 1998 and we lived in Encinitas, California for a couple of years before moving to Herald, California in 2001. We have a blended family of 6 kids and truly enjoyed the rural life on a 5 1/2 acre ranch, 45 minutes south of Sacramento. I love writing and creating stories that are different from and intriguing. I like to give my readers a little something extra and unexpected. I have always wanted to be a published author, but the timing never seemed right. Raising a family and working fulltime always took precedence. Shortly after I turned 50 I decided that if I continued to put off my dreams, the time would never be right. So, with an idea in my head, I sat down and began writing. I wanted there to be no regrets in my life. What resulted was a historical romance, filled with adventure, suspense, and an underlying epic love story weaved in for good measure and "Angelina's Secret" was born. I loved everything about the process of writing and there are currently three books in "The Jeweled Dagger Series." I am very excited about the future and thrilled to be writing fulltime now since I retired from my "9 to 5," job at the end of April 2017. My husband retired shortly after me and our youngest was a sophomore in college so we decided that it was time that we had an adventure of our own. We made the move to Kalispell, Montana and the adventures just seem to happen every day. We go for hikes in our own backyard or take off for Glacier National Forest on a whim. We currently have seven grandkids, with another one due this August 2018. Being "Grandma and Grandpa" is the icing on the cake for us. I count my blessings every day because I know how lucky I am. Life is good and now I can devote my days to doing what I really love, and that is writing and creating more stories.