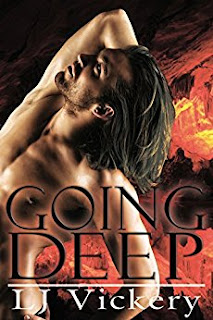 Dagon is unredeemable in the eyes of the gods he betrayed centuries ago, but now, the Mesopotamian sea god is truly screwed. The answer to his redemption, his Chosen, is finally within reach, but the powers-that-be have stepped up their war against the Earth-bound gods, and he’s literally ripped from her arms. Thrust into the Underworld, he is forced to battle demons, and his body is ravaged beyond endurance. Perhaps it’s for the best. Intense physical pain might be the only thing that can make him forget her.

After a hellish youth, bartender, Holly Abelard is just trying to get through life. At least, that’s what she thinks until the guy she’s hot for announces he’s a god, and she’s his mate. She’s barely coming to terms with that revelation when the sexy hunk is sucked into the Underworld, and she’s left in the hands of a league of super gods. But Holly isn’t giving up on getting Dagon back. That isn’t to say she doesn’t have her doubts. Had he really sported fangs and scales? What the hell? Or should she say what in Hell, because that’s where she'll have go to find him.

GOING DEEP IS THE THIRD BOOK IN THE IMMORTALS SERIES. IT CONTINUES WHERE BOOK 2 LEFT OFF.  THIS IS HOLLY AND DAGON'S STORY.  THIS IS ONE OF THE BEST SERIES I HAVE READ IN A LONG A TIME.  IT IS DEFINITELY A PAGE TURN THAT LEAVES YOU WANTING MORE.  YOU ARE GOING TO LOVE ALL THE CHARACTERS. GOING DEEP IS FUNNY, EXCITING, FULL OF ADVENTURE, ROMANCE, AND SUSPENSE.  THE ROMANCE BETWEEN HOLLY AND DAGON STEAMS UP THE PAGES.  THE AUTHOR HAS A WAY OF DRAWING YOU INTO EACH STORY AND SURPRISING YOU WITH THE CHARACTERS.  YOU NEVER TRULY KNOW WHO IS BAD OR GOOD.   YOU LEARN SOMETHING NEW EACH BOOK.  YOU WILL BE CONSTANTLY LAUGHING AT THE GOD'S ANTICS.  I AM SO ENGROSSED INTO THIS SERIES.  I CAN'T WAIT TO SEE WHAT HAPPENS.  I HIGHLY RECOMMEND YOU READ THIS SERIES.  YOU DON'T KNOW WHAT YOU ARE MISSING.  5 STARS 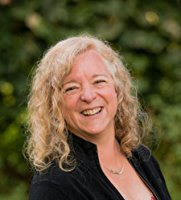