Release Blitz Return to Us by Christy Pastore 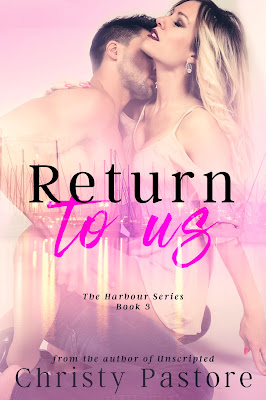 Blurb:
I married the man of every woman’s dreams.

Christy Pastore lives in the Midwest with her husband, their springer spaniel, Bailey and their crazy cool cat, Boomer. She has a Bachelor’s Degree in Textiles, Apparel and Merchandising and Marketing. Writing has always been a part of her life. Her first writing gig was for a celebrity entertainment website. Later she went on to create her own blogazine and media company combining her love of writing with fashion and marketing.
When's she not writing flirty and dirty books or updating her celebrity fashion blog, she loves shopping online, binge watching her favorite shows and daydreaming.
She believes books, especially love stories are an escape from the real world.

A few of Christy's favorite things: 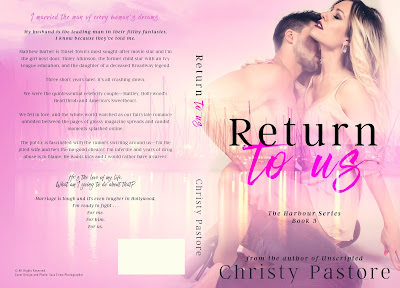