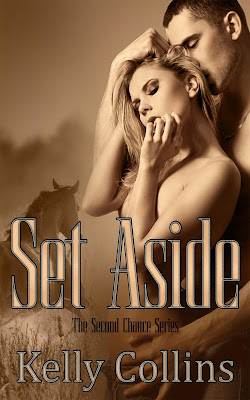 A cowboy, a nurse, a disaster, a chance at love.

When Holly McGrath walked into prison, she had a mother, a fiancé, and a career. When she walked out she had nothing. Solely focused on the one thing she thought she could recover, she set her sights on getting her nursing license back. There would be no distractions—or so she believed, then she met Keagan McKinley, he was tall, handsome, and necessary.

Keagan McKinley moved to M and M ranch as a favor to his brother. It was up to him to turn a failed cattle ranch into a thriving horse breeding and boarding facility. Always living in the shadow as a middle child, it was the perfect opportunity to prove his worth. There would be no distractions—or so he thought, then he met Holly McGrath, she was tall, beautiful, and inescapable.

Set Aside is a story about conquest, courage, and conviction. Sometimes, love is found in the softness of blue-green eyes, sometimes in a wounded soul. 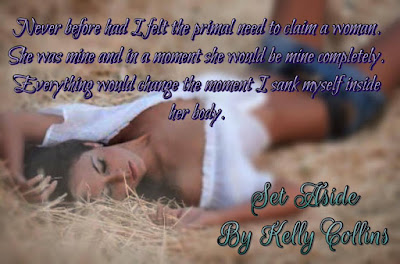 Mickey laid on the horn as we approached the row of cabins. She parked in front of cabin six. I had no idea why she was honking until a tall man with a perfectly trimmed beard strolled out of cabin eight. His brown hair caught the sun and showed hints of red throughout. His easy smile was that of a man who knew he was smokin’ hot.

“What the hell is going on?” My eyes traveled to the man yelling from cabin seven. He could be a twin to the other man except for his clean-shaven face and deadly scowl. If he wasn’t careful the creases across his forehead could become permanent. Tall and intimidating, he made his way down the steps toward the truck.

“Holy mackerel, Mickey, who are you, and how did you get Chippendales to loan you men to work the ranch?”

“Nice eye candy, right? I think you’ll like it here.” Mickey jumped from the truck.

The two men exchanged words. The man from cabin seven looked annoyed, as if my appearance was inconvenient. The second man shook his head and walked to the truck.

“Let’s get Holly settled in,” Mickey shouted. “Carry her things into the cabin.” She gave them a move-your-ass look and both men stepped to it.

I’d never seen her command anyone to do anything, and I envied her take-charge attitude. I needed to harness some confidence to move my life forward.

The grumpy looking man snatched a box of my clothes from the truck bed and started toward the cabin. I swung the door open and exited, forcing the man to stop in front of me. His stare started at my legs and traveled past my stomach and landed on my breasts. I threw up my arms and wrapped them protectively around my girls.

I’d never felt more like porridge in my life. If Matt was Papa Bear then this man was Baby Bear, and he hadn’t been fed in days. 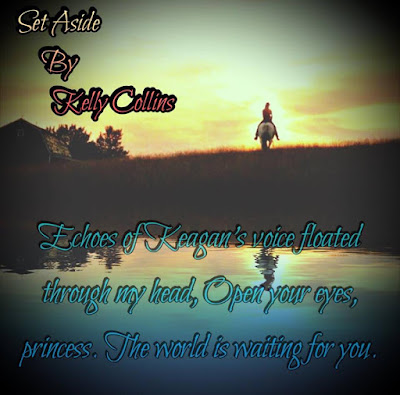 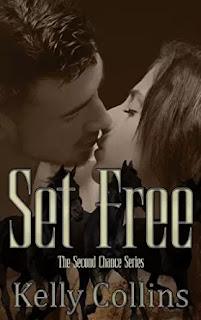 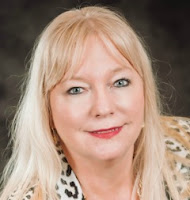 Kelly Collins writes with the intention of keeping the love alive.


Always a romantic, she is inspired by real time events mixed with a dose of fiction. She encourages her readers to reach the happily ever after but bask in the afterglow of the perfectly imperfect love.


Kelly lives in Colorado with her husband of twenty-five years. She loves hockey, shiny objects and has a new found appreciation for green smoothies.


Kelly has a landing page that hosts all her books.