A Problematic Love by Rebecca Rohman 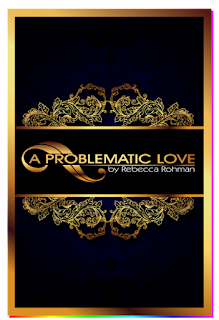 
Published by Self Published

Eight years after her fiancé was murdered, attorney Megan Kole has fully reconciled two areas of her life: her intelligent son, who never knew his father, and the thriving law practice that is her late father's legacy. The remainder of Megan's world stalled in a paralyzing grief that she effectively compartmentalized until a transfer to Seattle brings a handsome, mysterious billionaire into her life.

Daemon Ros has been an outcast since the day he was born. His parents’ lavish but emotionally-vacant lifestyle prompted him to assert his financial independence at a young age. His ailing brother is the only connection he allows to penetrate the vault he has built around his heart, until a devoted mom and her precocious son introduce him to the true meaning of family bonds.

But a chance legal encounter where Megan acts as mediator in a Ros family business dispute leads to far more than either expected. When a shocking truth leads to a love affair between Megan and Daemon that is forbidden in every conceivable way, the barely-restrained chemistry that scorches between them threatens an injunction on everything and everyone they hold dear. As pasts cross, memories threaten, and lies surface in a trial far more deadly than anything inside a courtroom, an arbitration of the heart could prove the only way for them both to make it out alive.

I knock on the Presidential suite door at the Four Seasons and wait. My palms are drenched, and I can’t seem to stay still. The door opens.

“You must be Ms. Kole, we’ve been expecting you. Please come in.” The man is probably my age—early to mid-thirties, Asian, and his hair is in a neat ponytail. He smiles politely. “I’m Min-jae Kang. Please have a seat. Mr. Ros is on a call. He’ll see you shortly.”

“Thank you. It’s a pleasure,” I respond. I’m too nervous to sit. Everything around me is still so foreign. I stop for a moment to take in the breathtaking water views. Mega cargo ships sail by. To the right, an island looms in the background.

In the distance, I hear indistinct talking. After my phone conversation with Daemon, I’m not sure what to expect. I have no clue how this man is going to behave, especially now that his father decided I should mediate on my own. I hate being so unprepared for this meeting. I am completely out of my comfort zone. Right now, I don’t even know what the man looks like.

As we approach the room, Mr. Ros’s voice becomes clearer. “They’re fucking incompetent. Tell the legal department I want the whole management team fired immediately, and tell Schwartz he needs to get on a plane and head over there tonight to begin putting things in place. I’ll call you later. I have a meeting.”

The man whom I could only assume is Daemon Ros stands looking out to the view, his back is to me as he ends the call. Chills run through my body.

Blood. Air. Water. All that keeps me alive spirals into a vicious vortex and leaves my body. 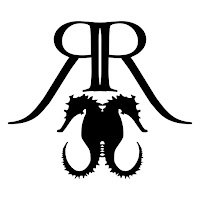 Rebecca Rohman is a wife and designer currently living in the northeastern United States. She was a sales manager for a tourist magazine, and for many years prior, she was involved in marketing for a jewelry company and fine wine distributor.

About fifteen years ago, she started writing her first romance novel purely to entertain herself. In early 2012, she decided to complete and release it. Since then, she has released three additional novels. A Problematic Love is her fourth release. 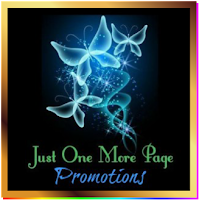