Review of Never and Always by Emily Mims 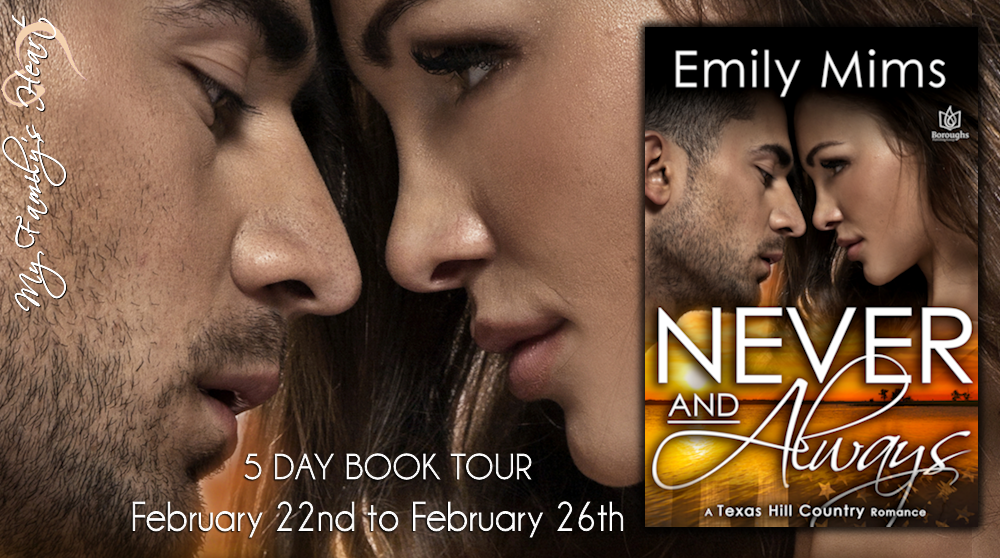 Deputy sheriff Russ Riley, the player of Verde County, carries a terrible secret that stands in the way of a happy life with Angie Baxter, the spirited victim of a rash of violent crimes, whom he will protect, serve…and worship.

Angie Baxter is strong, sweet, and fiercely independent. She not only divorced her violent husband but rescued and raised his abused son, and she fulfilled a dream of running her own handmade soap and cosmetics shop. No man will ever again rule her existence or hold sway over the people she loves-no matter if he’s brave, handsome, and all that stands between her and a band of ruthless criminals.

UNTIL IT’S FOR GOOD

Russ got a beer out of the refrigerator, wandered into the living room and plopped down, sandy shorts and all, on the old leather sofa.

Thankfully he wasn’t scheduled to work tomorrow-it was already after two and after his evening with Angie, he was seriously going to want to sleep in. They had used the rest of the condoms and played in the shallows and eaten the rest of the cookies and, true to her word, Angie made no pretense that the evening was any more than another one-night stand with him.

She thanked him for the evening and disappeared into her little house without looking back, as though she had already filed the night away under ‘a good time was had by all’. Which is exactly what he wanted her to do, he reminded himself when Louie jumped up on his lap and stuck his face in Russ’s gritty chest hair.

So why did the situation irritate the hell out of him?

Because you’re hung up on the woman, he admitted to himself as the cold beer washed down the back of his throat. Because you can’t get her out of your mind and you don’t like that. Because you could get serious about her and there is no way you will ever be able to give her what she wants most in this life.

So there would be no repeat of tonight. It didn’t matter how attracted he was to her or how good the sex was, he needed to stay as far away from Angie Baxter as he possibly could.

NEVER AND ALWAYS IS PART OF THE TEXAS HILL COUNTRY SERIES.  EMILY MIMS DID NOT DISAPPOINT ME.  SHE DOES AN EXCELLENT JOB IN PORTRAYING THE WOUNDED WAR VETERANS THROUGHOUT THE SERIES.  I LOVE ANGIE AND RUSS.  ANGIE IS A SINGLE MOTHER WHO RUNS A HAND-MADE SOAP AND COSMETIC STORE TO TAKE CARE OF HER SON.  SHE WAS INVOLVED WITH A VERY ABUSIVE HUSBAND AND HAS NO WISH ANYTIME SOON IN GETTING REMARRIED.  RUSS IS A DEPUTY SHERIFF WHO IS THE PLAYBOY OF THE TOWN WITH A SECRET.

THE BASKETS START COMING AND THE VIOLENT CRIMES ARE COMMITTED AGAINST ANGIE'S CUSTOMERS.  RUSS IS ASSIGNED TO INVESTIGATE EACH CRIME.  SOME ARE AGAINST SOME OF ANGIE'S CLOSEST FRIENDS.  FROM THE MOMENT ANGIE AND RUSS MEET, THERE IS TURNING BACK FOR EITHER ONE OF THEM.  THE ATTRACTION IS INSTANT BETWEEN THEM AND THE CHEMISTRY AND FEELINGS DEEPEN WITH EACH PASSING DAY.  WILL RUSS' SECRET DESTROY THEIR RELATIONSHIP?  WILL RUSS LEAVE HIS PLAYBOY WAYS BEHIND?  WILL RUSS BE ABLE TO SOLVE THE CRIMES BEFORE IT IS TOO LATE?

NEVER AND ALWAYS IS AN EMOTIONAL, SUSPENSEFUL AND ROMANTIC ROLLER COASTER THAT KEEPS YOU ON YOUR TOES THROUGHOUT THE BOOK.  YOU HAVE NO IDEA WHAT IS GOING TO HAPPEN NEXT AND WHO IS DOING IT AND WHY.  I FOUND MYSELF LAUGHING, CRYING AND SAD AT TIMES.  IT IS A VERY EMOTIONAL READ. ALL THE CHARACTERS ARE EXCELLENT AND VERY WELL DEVELOPED.  I LOVED EACH ONE OF THEM.  THEY ARE ALL UNIQUE IN THEIR OWN WAY.

THE TEXAS HILL COUNTRY SERIES IS A MUST READ.  YOU WILL NOT BE DISAPPOINTED.  EACH BOOK IN THE SERIES IS A ROMANTIC SUSPENSE.  I HAVE READ SEVERAL BOOKS IN THE SERIES AND HAVE NOT BEEN DISAPPOINTED.  EACH BOOK CAN BE READ OUT OF ORDER OR AS A STAND ALONE.  I HIGHLY RECOMMEND YOU READ THIS SERIES IN ORDER.  I THINK YOU WILL HAVE A BETTER UNDERSTANDING OF WHAT IS GOING ON SINCE ALOT OF THE SAME CHARACTERS APPEAR IN EACH STORY.  I ABSOLUTELY LOVE THE SERIES AND RECOMMEND IT TO ANYONE WHO IS LOOKING FOR A VERY GOOD ROMANTIC SUSPENSE THAT IS EMOTIONAL AT TIMES.  5 STARS. 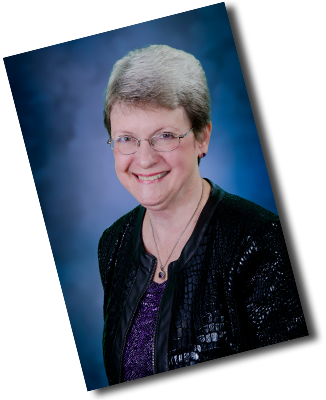 Author of twenty-six romance novels, Emily Mims combined her writing career with a career in public education until leaving the classroom to write full time. The mother of two sons and grandmother of six, she and her husband Charles live in Central Texas but frequently visit grandchildren in eastern Tennessee and Georgia. She plays the piano, organ, dulcimer, and ukulele and belongs to two performing bands. She says, “I love to write romances because I believe in them. Romance happened to me and it can happen to any woman-if she’ll just let it.”

This event has been organized & hosted by