Review of Fight for the Blue Planet by Derek Corney 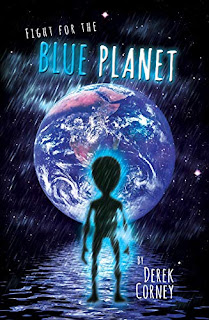 Three children go on a quest to save the world from invasion by the Targ, a warlike people from another galaxy, intent on plundering the Earth for its resources. With help from a friendly alien called Shack-Shack they set off on an adventure that will take them across the far reaches of the galaxy on a mission to save their planet from destruction.

FIGHT FOR THE BLUE PLANET IS A GREAT SCI-FI READ FOR YOUNG AND OLD.  I REALLY ENJOYED THE STORY AND ALL THE CHARACTERS.  I LOVE THE CHILDREN AND THE DIFFERENT ALIENS IN THE STORY.  THREE EXTRAORDINARY CHILDREN ARE ASKED TO SAVE THE WORLD FROM THE TARG.  THEY ARE EACH GIFTED WITH SPECIAL POWERS AND ABILITIES TO AID IN THE QUEST TO DEFEAT THE TARG.  THEY GO ON QUITE AN ADVENTURE BUT WILL THEY SUCCEED IN DEFEATING THE TARG?

I REALLY ENJOYED FIGHT FOR THE BLUE PLANET.  A WELL WRITTEN AND EXCELLENT STORY.  THE CHARACTERS ARE VERY WELL DEVELOPED AND I ENJOYED EACH OF THEM OTHER THAN THE TARG OF COURSE.  YOUNG AND OLD WILL ENJOY THIS WONDERFUL ADVENTURE.  DEREK CORNEY IS A NEW AUTHOR FOR ME AND I AM LOOKING FORWARD TO READING MORE OF HIS BOOKS.  5 STARS. 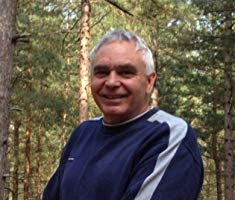 Biography
Derek Corney was born in London but brought up in Hartlepool. One of four brothers he enjoyed reading from an early age. The notion of writing didn't occur to him until much later whilst travelling the world, working as an oilfield engineer. Visiting and working in places such as North and South America, the Middle and Far East, Pakistan and India gave him the opportunity to observe how man is exploiting the Earth's natural resources and was a great incentive when writing his novel. The idea of wrapping it up in a children's novel came from his children and their concern for the environment.
Posted by Girl with Pen at 6:00 AM