Release Tour Quest of a Warrior by Mary Morgan

QUEST OF A WARRIOR
Legends of the Fenian Warriors, Book 1
spinoff from the Order of the Dragon Knights series
by Mary Morgan 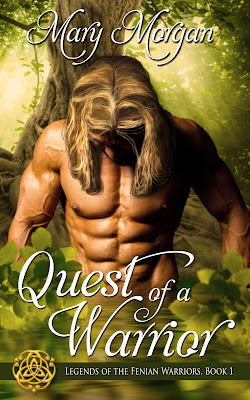 You met them in the Order of the Dragon Knights. Now, journey to the realm of the Fae and witness their legends!

Fenian Warrior, Conn MacRoich has traveled the earth for thousands of years, guarding the realm between mortal and Fae. His deeds are legendary. Yet, one mistake will force him on a journey to fix a broken time-line. However, on Conn’s quest, he must face a human female who will eventually bring this ancient warrior to his knees.

When Ivy O’Callaghan inherits her uncle’s estate, she never imagines there will be more secrets to unravel, including the one she hides from the world. With the help of a mysterious stranger, she learns to trust and step out of the shadows. However, nothing prepares Ivy when she learns Conn's true identity.

As the loom of fate weaves a thread around the lovers from two different worlds, will the sacrifices they make lead them to love? Or will their secrets destroy and separate them forever?

Putting a fist to her mouth to stifle the laughter, Ivy turned when the front door to the pub blew open. The cold blast of air lashed across her face, but she gave no care. Her mouth became dry as the man stood there blocking what little light remained in the sky. His silver-blond wavy hair whipped around his chiseled face shaded by a light beard. Yet, it was those eyes that bore into hers—holding her captive. Were they silver or ice blue? She blinked several times, and swallowed.

The giant stepped into the pub and closed the door. Ivy’s gaze traveled the length of him as he made his way past her to the bar. She couldn’t help but follow him with her eyes. He was sinfully dressed in all black—jeans, boots, leather jacket opened to reveal a black tee. He was magnificent.

The woman’s words snapped Ivy out of her lustful trance. She looked at her friend. “Vikings in Glennamore?”

Mac placed her coat over her shoulders and chuckled. “Do not fear they were banished many centuries ago. I’ll go see what the Viking wants. I’m sure he’s only passing through and needs a pint and some food. There’s nothing in Glennamore to raid.”

The room blurred, and Ivy brushed a hand over her brow. “Not a Viking,” she uttered softly.

Erin placed a hand on her arm. “Are you all right?”

Ivy lifted her head. The gorgeous man leaned against the bar as Mac made his way to him. “I said he’s not a Viking.”

Erin smirked. “You could have fooled me.”

The man straightened as Mac pointed a finger directly in Ivy’s direction.

Ivy was unable to move, the words tumbled free as if spoken by someone else. “He’s an ancient Celt.”

The stranger immediately glanced her way, shock registering across his face as if he had heard her spoken words.

“Good Lord, you’re as white as a sheet, Ivy Kathleen.”

She barely heard Erin’s words. The Celt moved toward her, a frown marring his handsome features. A tremor slithered down her spine as she lifted her head up to meet his gaze.

“Ivy O’Callaghan?” The soft burr of his voice brushed over her face, and she couldn’t determine if it was Irish or Scottish.

Her mouth stayed dry, making her unable to acknowledge the man’s question. Nodding slowly, she took a step back. Then the Celt smiled, and Ivy thought she would melt right there on the floor. How could anyone look that gorgeous?

Erin nudged her. “Forgive my friend, Ivy Kathleen, she seems to have lost her voice.”

Recovering her wits, Ivy replied, “Sorry. I’m done telling stories about my life in the States.”

The Celt arched a brow. “Not interested in your stories. Sean Casey sent me to inspect your repairs.”

Smiling, the man nodded. “Most of his life. I’m Conn MacRoich.”

THE ORDER OF THE DRAGON KNIGHTS

Scottish paranormal romance author, Mary Morgan resides in Northern California, with her own knight in shining armor. However, during her travels to Scotland, England, and Ireland, she left a part of her soul in one of these countries and vows to return.

Mary's passion for books started at an early age along with an overactive imagination. She spent far too much time daydreaming and was told quite often to remove her head from the clouds. It wasn't until the closure of Borders Books where Mary worked that she found her true calling--writing romance. Now, the worlds she created in her mind are coming to life within her stories. 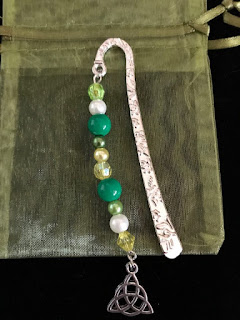