GIRL WITH PEN GIVES A WARM WELCOME TO AUTHOR TIM CAGLE. IT IS A PLEASURE TO MEET YOU.  THANKS FOR TAKING TIME OUT OF YOUR BUSY SCHEDULE TO ANSWER MY READERS QUESTIONS. 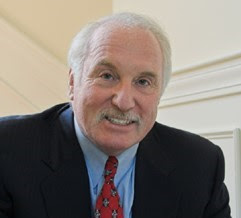 Q. Can you tell us a little about yourself to start?

I grew up in a small town south of Kansas City. I attended Kansas State College, played college football, and was a member of Sigma Chi fraternity. I graduated with a bachelor of arts degree and was commissioned as a second lieutenant in the United States army. After the army, I attended Suffolk University School of Law in Boston and got my law degree. After college, I spent some time playing in bands, singing at weddings and working as a single performer in nightclubs. I have also written hundreds of songs, even though many of them suck worse than a turbo-charged Hoover upright.

I also spent some time in Nashville, writing songs, scoping out bars and trying to break into the music business. Unfortunately, that time ended before I got my big break and I discovered that I would always be a songwriter trapped in a lawyer’s body.

After law school, I started my own law practice and began working as a trial attorney in the fields of Medical Malpractice, Products Liability, and Personal Injury law. I was also a law professor for many years, and taught courses in Torts, Evidence, and Negotiations.
My wife’s name is Linda. She is a former healthcare executive and a genuine inspiration. We live in Andover, Massachusetts.

Q. How are you feeling now that your latest book is out & on tour?

Q. How does your family feel about you being a published author?

Linda is thrilled because she is sick of hearing me say that every situation in life can be described by a song lyric. I finally was able to write about it.

Q. What inspires you to write?

People, especially those who have some insurmountable mountain to climb. In fact, that reminds me of a lyric from the song ‘Humble and Kind’ by one of my favorite songwriters, Lori McKenna.

‘Song Remembers When’. That’s also the title of one of Tricia Yearwood’s greatest hits.

Q. Out of all of your books do you have a favorite character or couple?

I guess my protagonist in “Whispers from the Silence”, J. W. Steele, reminds me of myself as a kid. There’s also a lawyer character, Jake Skylar, who I admit is a version of me as what I would call a “more mature practitioner”.

Q. Are you currently working on a new book at this time?

Yes. I just went under contract for my next book, “Unexpected Enemy”, a legal/medical thriller about a woman who goes for in vitro fertilization and receives a mysterious stranger’s sperm. The book should be out in the late fall. I also have another manuscript in final draft stage.

Q. How do your stories & characters develop?

By watching and listening to people in everyday situations to learn exactly how people speak. I also love to observe people from various age groups and see how they relate. For example, I have been teaching guitar to the two teenage daughters of my neighbor, and interacting with them is a real hoot.

Q. Do you have a routine you follow when you write?

I always listen to country music when I write. Since this book is about country music, I decided to switch to classical. It was a real kick to write dialogue about a fight scene in a redneck bar, or during a trap play or post pattern in football, while being serenaded by Chopin or Beethoven. Somehow, that contradiction seemed like a huge dose of poetic justice.

Q. What was the first thing that came to your mind when your first book was published?

Q. Do you have a favorite author whose books you love to read?

Q. What is your favorite genre to read or write?

I like to read any story that makes me want to learn about something I do not know.

Q. Can you share something with everyone that inspires you?

I get inspired when I see law students turn into topnotch attorneys and realize I was able to play a small part as a mentor in their career development. I also get inspired when I finish an emotional scene in a story or compose the final link in a song lyric while walking on the beach during a picture perfect day.

Q. As a child, what did you want to do when you grew up?

Q. Did you always want to be a writer? If not, what did you want to be?

I wanted to be a lawyer. I guess that’s what’s called a misspent childhood.

Q. Do you have a favorite playlist you listen to when you write?

Almost always country. Songwriters like Tony Arata and his classic, ‘The Dance’ is my top favorite. I also love any of Whitey Shafer’s songs, like most of the great hits he wrote for George Strait. Lori McKenna is also a gem, having won consecutive Grammies for song of the year for Little Big Town’s ‘Girl Crush’ and Tim McGraw’s ‘Humble and Kind’.
I also love parody songs, like my favorite from Rodney Crowell and Vince Gill, ‘It’s Hard to Kiss The Lips At Night That Chew Your Ass Out All Day Long’, or the blockbuster from Shel Silverstein, ‘Lord, Ain’t It Hard When It Ain’t’.
Those offerings helped me create some of the song titles in my book, like ‘Your Love Was Priceless, My Lawyer Was Seven Hundred An Hour’ or ‘The Kindness of Strangers Led Me To A Week On Penicillin’.

Q. When you aren’t writing what do you do to relax and have fun?

I still love to play my guitar and write songs. I’m also on a quest to find a non-Taylor Swift song to teach to my neighbor’s daughters, even though I have to snicker when I slip in some Springsteen, Stones, Brad Paisley, Bob Seger or Sam Cooke songs and listen to them groan while they tell me every tune I know is “just another one of my Civil War Campfire Songs”.
I also like watching classic old movies like “The Godfather” I and II, and binge watching memorable series like the Sopranos or Breaking Bad.

Q. What are your favorite types of heroines? Do you like the damsel in distress who needs saving or the kickass variety? Why?

I think many people today might view the damsel in distress as somewhat archaic. Most of the women I know, from lawyers, doctors, carpenters, truck drivers, engineers, etc., take care of themselves and solve their own problems. I also try to avoid portraying female characters as one dimensional fire-eating ass kickers with no empathy or compassion. My father died a few months before my birth and I was raised by a single mom before that trend became fashionable. I know firsthand how strong, tough and resilient a woman can be.
The best quote I ever heard about women competing with men came from Ann Richards, former governor of Texas, who said, “Ginger Rogers did everything Fred Astaire did, except she did it backwards and in high heels.” I think that says it all.

Q. Can you tell us about your worst date ever?

It was my first date with my wife, Linda. The evening ended early when she told me I was self-centered and arrogant. I told her my law school admissions’ office would not let me graduate until I demonstrated that I, like all lawyers, knew everything in life, and became board certified in arrogance. After that date, I waited a few days and called her, said we got off to a rough start and convinced her to give me another chance. I’ve been afraid since then to ask if she has ever had any regrets.

Q. What is your one guilty pleasure?

Chocolate, gooey, sweet, dark, light. I can almost hyperventilate thinking about it.

How about a little of This or That:

Tall, dark & handsome or blonde, surfer type? Someone not on Medicare

Dine in or dine out? Dine in. I’m lucky to be a pretty good cook.

Sunset or Sunrise? Why does this question scream song title? Think ‘Fiddler on the Roof’. Sunrise, it’s always calmer.

Biker or billionaire? Billionaire with a Harley

Q. Can you share with readers your top ten fantasies?

Grammy for writing song of the year;
Write the screenplay for my book;
Sing on stage with Tricia Yearwood or Patty Loveless;
Write a song with Lori McKenna;
Write a book with John Grisham;
Discover the secret to overcoming the aging gene;
Record a duet with Alison Krauss of one of the songs I wrote;

Reconcile with everyone in my past;
Record with Toby Keith, Kenny Chesney or Vince Gill;
Get drunk with Don Henley, Don Felder and Joe Walsh while we drink a toast to the late Glenn Frey and watch clips from shows by the late, great Sam Kinison.

THANK YOU AUTHOR TIM CAGLE.  IT IS A PLEASURE TO MEET YOU.  THANK YOU FOR TAKING TIME OUT OF YOUR BUSY SCHEDULE TO ANSWER MY READERS QUESTIONS.  I AM LOOKING FORWARD TO READING SOME OF YOUR BOOKS.
Posted by Girl with Pen at 7:00 AM