Till Justice is Served by Jerrie Alexander

Till Justice Is Served 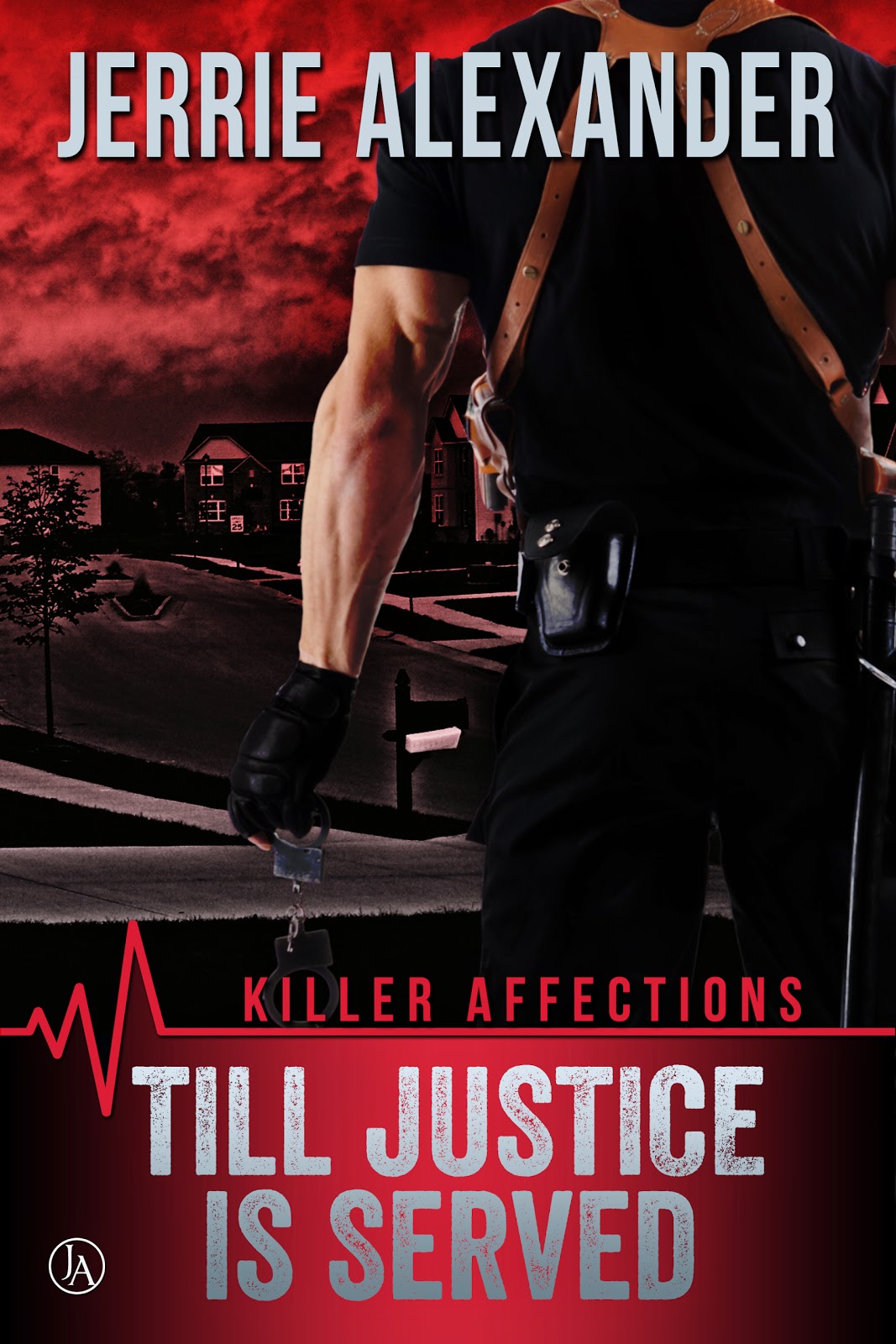 
Join Jerrie and her guest hosts at the Release Party for

Till Justice Is Served


His brand of justice.

FBI agent Rafe Sirilli has made the war against narcotics drugs his personal fight. Home to settle his father's estate, Rafe has no desire to get involved in local matters. Yet, he finds himself involved in solving two homicides and busting a drug ring as he tries to prove the innocence of a girl he'd long forgotten. Erin has grown into a beautiful woman. The passion she ignites in Rafe is hot enough to incinerate them both. His commitment to the law will be tested.

High school counselor Erin Brady is committed to helping kids. Her world crashes around her when she's accused of making inappropriate sexual advances and suspected of murder. Erin's problems have only just begun. She has a secret admirer, one who vows to kill anybody who threatens to harm her or interfere with his plan. Rafe Sirilli agrees to help prove her innocence. Romance blooms, but Erin refuses to hope for permanence. Rafe is available for loan but not to keep.

Will facing old fears help Rafe capture the heart of the woman he loves? The woman who just turned him away? 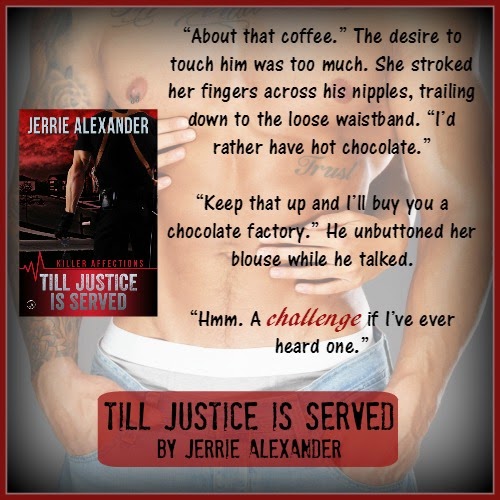 "I can't imagine the horror of walking in to wake your child and finding her murdered."

The healthy glow of Erin's creamy complexion had vanished. If anything, she was pasty white. Death, sometimes bloody and gory as hell, had become the norm in Rafe's world, but not hers.

"How could anybody believe I could do something like this?" Erin pulled the rubber thing from her ponytail and dropped it on the coffee table, allowing her hair to fall in waves well past her shoulders.

All those caramel colored waves tumbling and sliding across her neck sent a bolt of heat blazing through his veins. The image of his hands buried deep in those silky stands flashed through his mind. He started to speak but his breath caught.

"Nobody in this room believes you're guilty," Harold assured her.

Rafe didn't comment for fear his voice might crack like a teenager. Truth be told, he was leaning toward believing in her innocence. Experience had taught him never to assume. This last undercover operation busted a drug ring run by the sweetest looking grandmother in Dade County. The sixty-five year old woman wouldn't have hesitated to slit anyone's throat if they'd crossed her or her family. She and her son were currently sitting in a federal prison awaiting trial.

"This murdered girl," Rafe asked. "When did you last have contact with her?"

Erin turned to face him. Her eyes revealed nothing, but her mouth drew to a tight line. "Does that matter?" 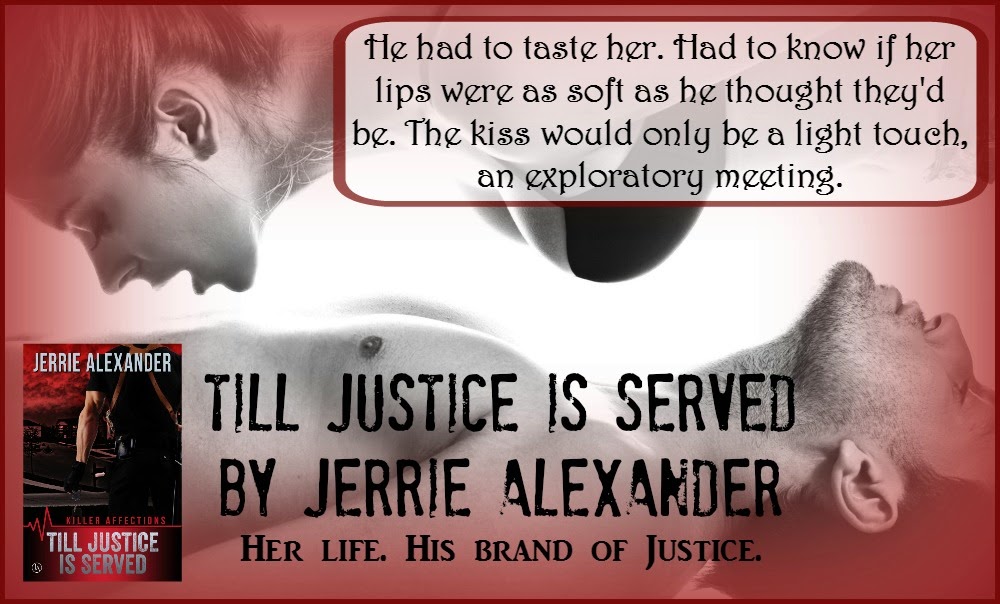 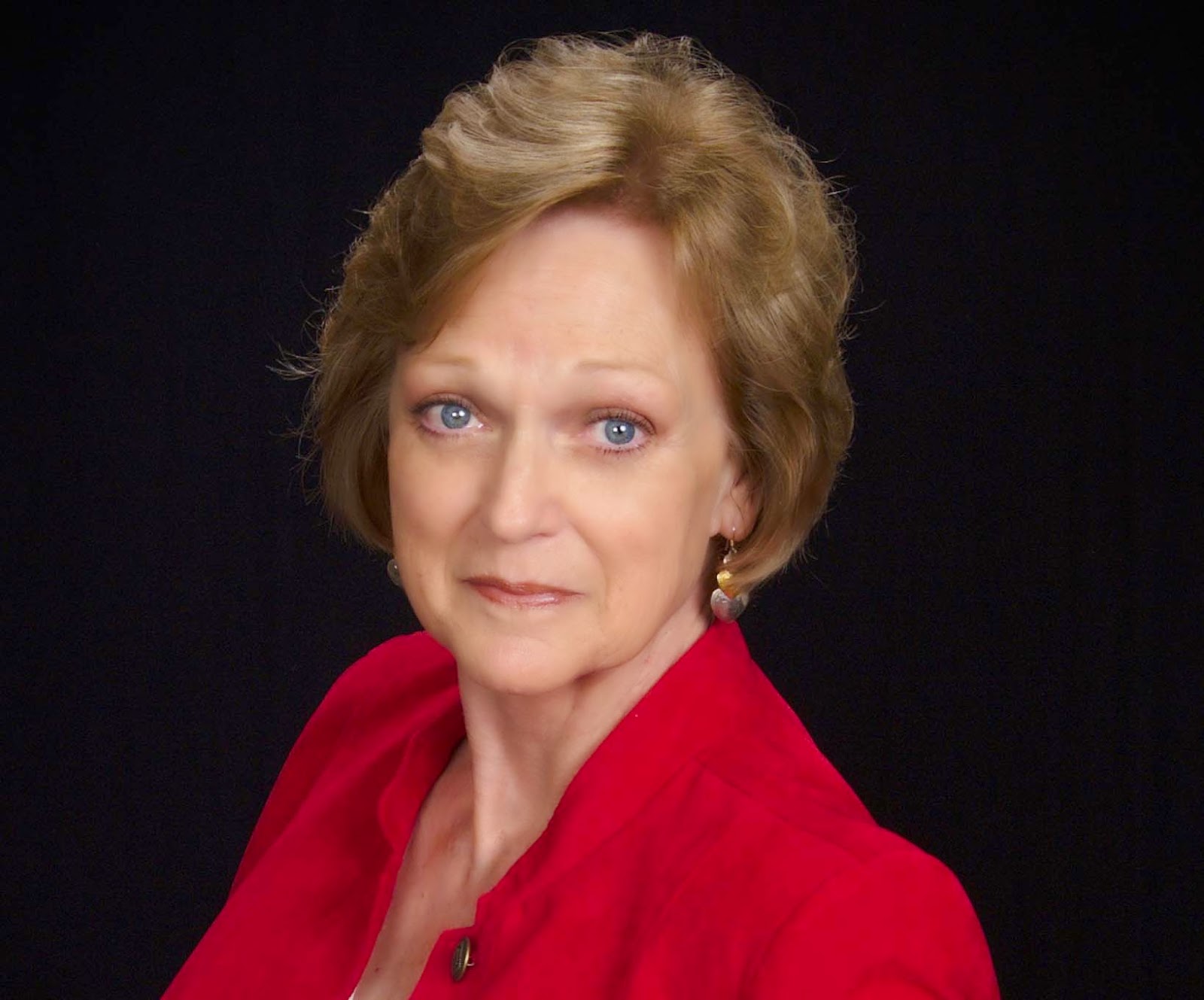 Jerrie lives in Texas with her husband and rescue dog, Buddy. She writes alpha males and kick-ass women who weave their way through death and fear to emerge stronger because of, and on occasion in spite of, their love for each other.

Till Justice is Served, book one of her new Killer Affections series, releases November 3rd, 2014. Book four of the Hell or High Water series, No Greater Hell is scheduled for a 2015 release. Jerrie's books are available at Amazon, B&N, Kobo, Apple iBooks, and Google Play.