Tales from the luminal by S.K. Kruse Book Tour 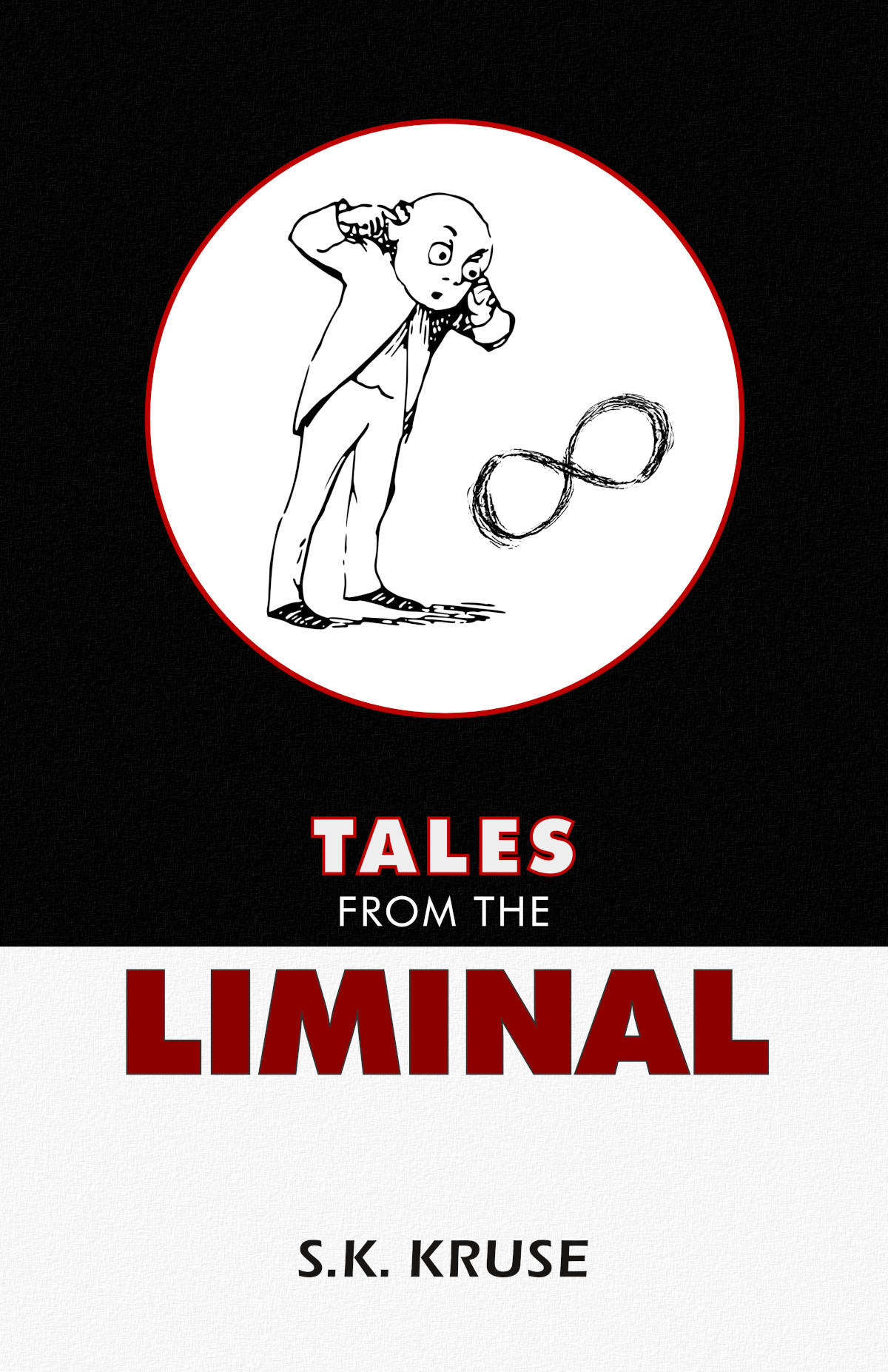 In this collection of fifteen curious and delightful short stories by S. K. Kruse, you never know who you’re going to meet or where you’re going to end up. You can be certain, however, that whether you follow Schrödinger’s cat into the zeroth dimension, or hang out with Bigfoot on a public beach, or have drinks with a woman who’s seen Gertrude Stein in the condensation on her window, you’ll find yourself smack dab in the middle of some befuddling predicament of existence.

Using humor and horror, satire and allegory, fabulism and realism, Tales From the Liminal takes you for an extraordinary ride, submerging you in spaces where anything is possible, especially transformation.

Tales From the Liminal by S.K. Kruse

BIGFOOT’S GOT A LOVER

He was hairy. And tall. A sasquatch down from the mountain. His tangled mass of hair indistinguishable from his beard. Tufts of thick, brown fur sprouted from his back and shoulders and covered his torso and appendages like wall-to-wall carpeting. Sprawled out on the sand, someone might mistake him for a rug and wipe their feet on him. But people kept their distance. He looked harmless enough, sitting next to me in his SpongeBob swim trunks and listening to Barry Manilow on an old boombox, while he slurped on a raspberry popsicle. When he finished it, he rose from his faded paisley beach towel, did a few lunges and burpees, and then bounded into the ocean with loping strides, leaving a trail of footprints for sunbathers to photograph and submit to National Geographic.

Everybody knows Bumbles bounce, but do Bigfoots float? We all paused what we were doing and squinted out into the sparkling waves, secretly rooting for him to make it or conflictedly hoping he would drown. After a nail-biting minute in which his brown coat bobbed and ducked indeterminately in the waves, his shaggy arm shot into the air, followed by the other, and with perfect backstrokes they hauled him down the shoreline, impervious to the waves.

Next to me, Barry finished singing “Mandy” and started in on “Copacabana.” A greatest hits cassette. Some people look down on such compilations, but I appreciated its efficiency. It made me want to get up and dance. And sing. But my skin hadn’t seen the sun in six months so my cellulite lacked the disguise of a good tan, and I wasn’t as free as the hirsute hominid who now hauled himself through the water in the opposite direction with a flawless breaststroke. I wondered how he’d gotten that way. So free. If it was something he’d had to work at or something forced on him by his … condition. Maybe it had come to him in a flash. Maybe one day he’d been in a coffee shop politely sipping an iced chai latte, hoping his boat shoes and gelled hair and Tommy Hilfiger polo would be enough to fit in with everybody else when management came and asked him once again to please leave the premises, and Bigfoot decided once and for all he’d had enough.

The song was half over. The sasquatch came back onshore and shook the water from his fur. Mothers pulled their children from half-finished sandcastles. Fathers reeled in their fishing lines. People hid the phones that had been mounted on the ends of their arms, but Bigfoot stayed at the shoreline and commenced a series of graceful Tai Chi moves. The phones came back out. Dong Hai Chuan Serves the Tea. I knew this one. I did it myself but in my bedroom with the door closed.

Everybody knows humans worry about what other humans think of them, but do Bigfoots care? Surely, we were all pondering that question as we squinted at his matted fur glistening in the sun, some of us hoping against hope he wasn’t just an elaborate prank staged by an aspiring YouTuber, others of us bristling with indignation that a member of any sentient species would engage in such outrageous conduct on a public beach.

Meanwhile, it was thirty years later at the Copa. Poor Lola was still wearing the same damn dress she had on the day that bastard Rico shot Tony, and I was still sitting on my towel, looking wistfully around the beach, hoping someone would get up and start the dancing. Surely everyone wanted to. And while we were at it, break out singing that final, impassioned chorus about that fabulous, fated nightclub where the whole nasty business went down. I could start it. I could stand up and start singing. Reach my hand out to the person next to me. And that person could reach their hand out to the person next to them, and pretty soon the whole entire beach would be singing and dancing, and I could be the one to start it.

I looked at Bigfoot, currently engrossed in a fluid and focused Repulse the Monkey. I could feel my toes tingling. My body on the verge of standing up. Lola had lost her mind and so had I! I got to my knees. Stood up on my towel. Opened my mouth to start singing the last refrain, when a group of teenage boys came running up behind Bigfoot, giant slushies in hand. A collective gasp went through the crowd. I started to say something but hesitated, and then it was too late because the slushies flew, and syrup ran thick like glue down the back of the furry sasquatch, and we all could see as plain as day just who got who.

“Get a wax!” one of the boys hollered, and then they all ran off laughing. Next to me, Barry was warning us not to fall in love, but there were more immediate dangers in life like setting yourself up for humiliation. On a public beach. In front of hundreds of people. I sat back down on my towel. Bigfoot stood motionless for a bit, then trudged back into the water to wash off the slushy. When he finished, he came back to his towel, dripping and downcast. He shook his fur, showering me with droplets of saltwater. I tried to think of something nice to say, but everything sounded stupid when I imagined it coming out of my mouth.

“Copacabana” was over. The tape whirred for a few seconds before Barry started in on “It’s a Miracle.” I knew this one, too. You usually did with a greatest hits tape. That was the point. I glanced sideways at the sasquatch drying off and packing up his stuff. Then I looked around the beach where people were pretending to get back to their own business but were really just watching him surreptitiously through their sunglasses. I could hardly believe it when I heard myself speak.

“Are you any good at Silk Reeling?” I asked.

Bigfoot finished rolling up his bag of cheese puffs and looked at me. “Well,” he replied, rather humbly I thought and with a little less bass than expected, “it’s foundational to Tai Chi, so … yeah.”

“Well,” I continued, clearing my throat and glancing around one more time in hopes that at least a few people had gotten bored and gone back to their own business, but everyone still seemed pretty much riveted, “I ask because I have some trouble with it. I’ve been watching online videos for pointers, but it just never seems to flow.”

“Well, I could show you but …” Bigfoot motioned to the crowd, “you might get doused in slushy.”

“I don’t care,” I replied unconvincingly.

“Well … if you want to …” Bigfoot said and then extended his hairy hand to me. I felt my face flush. Could feel everybody’s eyes on me. But I reached up and took hold of his hand.

Bigfoot pulled me to my feet, then took me through the move step-by-step. Everyone’s phones reappeared, mounted on the ends of their arms. Barry crooned about spectacles and miracles as the teenage boys returned and stood cross-armed off to the side. I could hear their snickers. Feel my face burn anew. Oblivious or ignoring of it all—I still do not know which—Bigfoot continued to advise me with articulate patience about the position of my hips and the stiffness of my arms.

“Bigfoot’s got a lover!” one of the boys taunted, but I just kept reeling the silk. Bigfoot wasn’t my lover. That was ridiculous. But, I thought, as our arms moved in synchronicity before hundreds of mocking, documenting cameras, he was very possibly my savior. 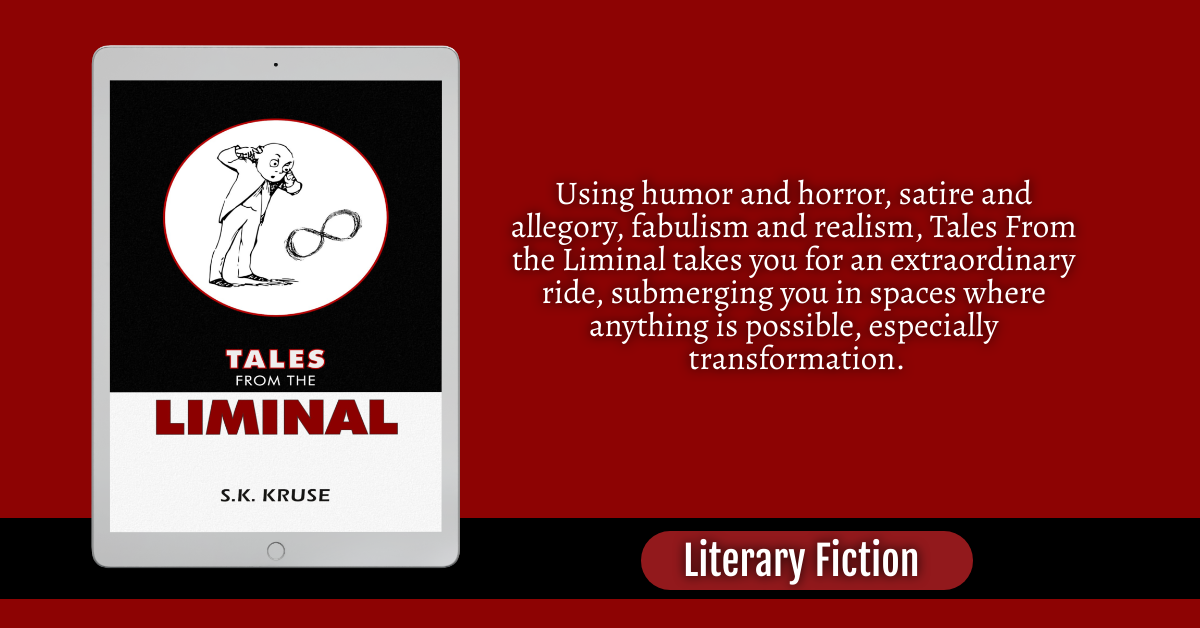 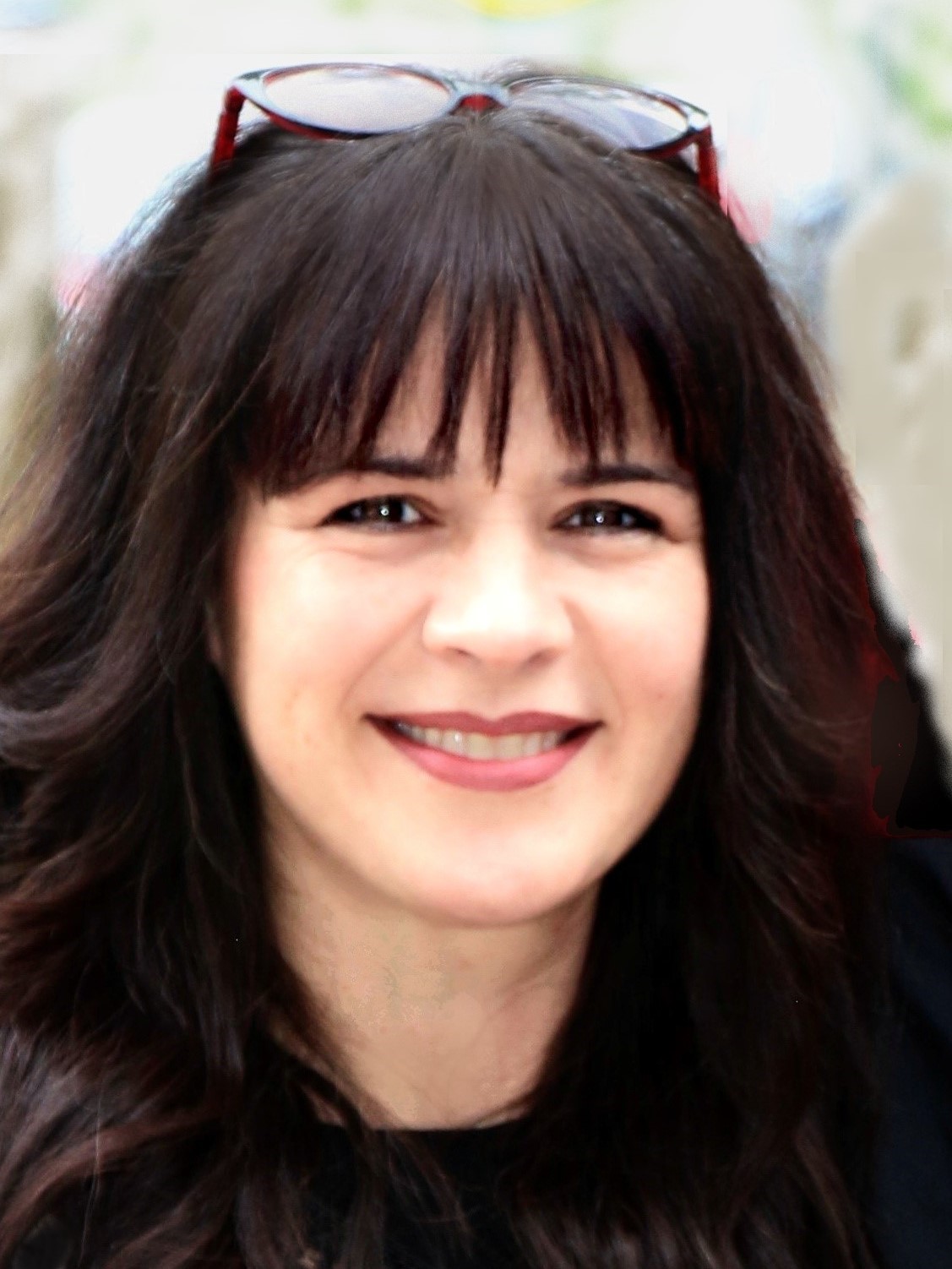 Sandra Kaye Kruse grew up in Chippewa Falls, Wisconsin, where she attended Catholic school for twelve years. She then moved to Madison to earn a degree in English from the University of Wisconsin and to launch her writing career. Her writing has appeared in The Onion and Reed Magazine, has been longlisted for the John Steinbeck Award for Fiction, and has won multiple awards in the National League of American Pen Women’s “Soul-Making Keats Literary Competition.” You can find more of her writing at: www.skkruse.com