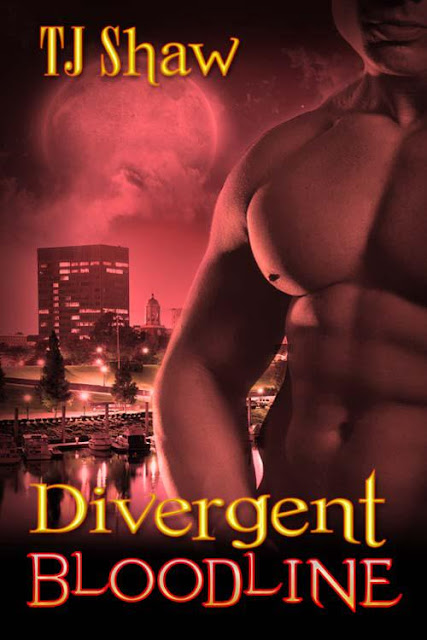 While tracking down a killer, clues lead homicide detective, Viviane Taylor to suspect, Julian DeMatteo. From the get-go, DeMatteo unsettles and irritates her. He's a force she has never encountered, someone who excites her even though he’s forbidden. Her instincts warn that he’s hiding something and she is determined to uncover those secrets.

As king of the vampires, Julian DeMatteo protects the immortal clans. So, when the beautiful, bullheaded cop embroils herself within his world, he must choose between the woman who reminds him of the humanity he’s lost or his loyalty to his people.


As confusing emotions awaken inside her, Viviane can either accept her fate as the one chosen to save the immortal race or lose her soul to darkness. With Julian’s help, she fights an evil that would rip her apart in order to forge a new future with the homicide suspect who’s stolen her heart.

She stared into liquid copper eyes that displayed concern and devotion for her. She would have welcomed Julian’s presence if she’d only been in a bad accident, but she just experienced something far worse than a car crash. His kind caused her great pain.

His kind? How could he not be human? He looked human, had human characteristics—a warm body, beating heart, breathtaking smile. Most of all, she reacted to his touch with such longing that he had to be human. He was her chocolate. His voice reverberated in her mind and whispered in her dreams. He saw her deepest secrets and still wanted her. Yet, he wasn’t human?


“She’s a mortal female, nothing else.”

Finian opened his hands and spread his arms wide in an all-encompassing gesture. “I have lived a long, long time and have seen many things—impossible things. No simple mortal would have such an acute influence on you.”

Finian gripped his shoulder with bone-crushing strength. “The question is whether you can control your desire?”

He suppressed the urge to laugh. They were miles apart, yet her scent saturated his pores as if she’d marked him. With his beast hungering for its mate, Finian had no idea the enormous energy he exerted just to stay away from her.

Hell, he didn’t even understand why his demon chose her. But after six centuries of sleepwalking through life, this human female had just strong-armed her way into his office and jolted him awake as if she’d slammed her fist through his chest. Now that his eyes were open, he saw only her in brilliant, vivid color. So, how could he spend time with such a woman and not embrace her? A gentle shake drew his attention back to his advisor.

“Julian, you must not turn her. Can you do it? Can you control your urges until we figure out what she is?”


All three men glanced up to find an irate female standing on the staircase landing. A few resilient rays from the evening sun streamed through the windows, setting Viviane’s hair on fire and her eyes ablaze. Julian sucked in a ragged breath at the sight of her. Easing up the steps, his heart adjusted to her accelerated, erratic pace. Using their tenuous bond for the first time, he harnessed her rapid beats and slowed them to match his steady rhythm. Her anger and fear hummed along their bond with powerful intensity. Only her threatening glare kept him from hauling her to his chest.

“I won’t become Beaudeax,” she repeated, her voice vibrating with conviction. “You must promise me, Julian.” She closed the gap between them and cradled his face with her hands. Tears rimmed her eyes, but didn’t fall. “Promise me that our child will not become part of Eddie’s clan.”

As a child, TJ thrived in the Arizona desert. By the age of five she was riding horses through cotton fields and by eleven bought her first motorcycle, a Honda 125cc dirt bike. Growing up with teachers as parents meant traveling during the summer. Hiking, backpacking, fly fishing, climbing pyramids, surviving earthquakes, and flying in hot air balloons were just some of her adventures. An avid day dreamer, she would lose herself in mystical worlds and far off places limited only by her imagination.

After choosing an academic scholarship over an athletic basketball scholarship, she graduated law school and accepted a position as a Deputy County Attorney. However, prosecuting felony crimes was not as exciting as she hoped, so she traded in her briefcase and the courtroom for a Glock and patrol car. She worked the road as a police officer for five years and now tells officers what to do as a policy writer for a police department.

TJ writes from her heart by incorporating her dreams and experiences to create strong, passionate characters who must overcome personal flaws to survive against the challenges of traversing through magical realms, undiscovered planets, and apocalyptic catastrophes.