After The Final Dandelion by Brook Williams and Guest Post

After Renee Lockhart appeared on the local TV dating show "Accept this Dandelion" and found the love of her life, she thought she was done with TV. But when she hears that the entire city has bets on how soon she and her fiancé will break up, she is determined to show that their love is meant to last. When Mike, the KETO producer, approaches her about airing the wedding live, she jumps at the chance. Once she is set up with a famous wedding coordinator, plans take a turn for the worse and the simple wedding they wanted becomes the event of the year. In the meantime, Eva Merida is dealing with her own life changing opportunity. Though she’s in love with her boyfriend, who she met on the second season of the dating show, she can’t turn down the chance to investigate a Hollywood TV show when offered a position. When she runs into an old flame, she questions the stability of her current relationship. Will Renee be able to prove her love for Ben to the city before her wedding falls apart? Who will Eva choose on her own emotional roller coaster? Hilarity ensues as the wedding of the decade melts into the disaster of the year. Because everyone knows weeds take over every garden.

EVERYONE PLEASE WELCOME BROOKE WILLIAMS TO GIRL WITH PEN.  THANK YOU FOR COMING.

I have always loved to write. I was the annoying kid in high school and college that was excited about getting a paper assignment from the teacher. But I never imagined having a career in writing. I should have known better. When I was a child, I used to cut pictures from magazines, paste them to blank paper, and write stories around them. Then I would sell the “newspapers” to my parents.

But instead of following the clues, I went into radio and spent a decade talking for a living. Though my favorite part of my job was writing and producing scripts behind the scenes. Once my first daughter was born in 2009, I knew I wanted to leave my full time career and stay home with her. After a year of motherhood, I needed something of my own that I could do from home. Writing seemed like a natural fit.

So I started seeking freelance writing jobs and slowly building a career. I had no idea there were so many opportunities out there and they started pouring in. As I began to write a variety of blogs, web content and other items for paying clients, my desire to write spilled over into fiction again and I wrote “Wrong Place, Right Time,” my first romantic comedy novel. When it was picked up by a publisher, I knew I couldn’t stop and the romantic comedies have been pouring out of me ever since.

Now, I write because I HAVE to write. It’s like breathing to me. It’s something I am wired to do and I feel different on the days when I don’t get a chance to write. I only write stories when the plot or characters bug me so much I can’t NOT write them. And apparently, there are plenty of those to go around because I can’t seem to stop. Writing is an addiction and a creative outlet and I can’t see myself doing anything else. 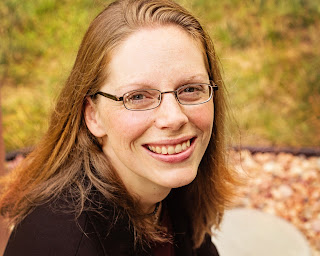 
Brooke Williams is a former radio announcer turned stay-at-home-mom/freelance writer/author. Her writing can be seen on websites like TheThings.com, GoodbyeCrutches.com and many other places. Some of her novels include: Someone Always Loved You, Accept this Dandelion, Dandelions on the Road, and the children's book Shower in the Rain. Brooke has been married to her husband Sean since 2002 and they have two daughters, Kaelyn and Sadie