Coins in the Fountain by Judith Works Cover Reveal 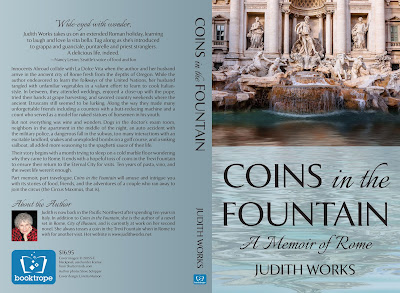 Title: Coins in the Fountain

Innocents Abroad collide with La Dolce Vita when the author and her husband arrive in the ancient city of Rome fresh from the depths of Oregon.  While the author endeavored to learn the folkways of the United Nations, her husband tangled with unfamiliar vege weddings, enjoyed a close-up with the pope, tried their hands at grape harvesting, and savored country weekends where the ancient Etruscans still seemed to be lurking.  Along the way they made many unforgettable friends including the countess with a butt-reducing machine and a count who served as a model for naked statues of horsemen in his youth.

But not everything was wine and wonders.  Dogs in the doctor’s exam room, neighbors in the apartment in the middle of the nights, an auto accident with the military police, a dangerous fall in the subway, too many interactions with an excitable landlord, snakes and unexploded bombs on a golf course, and a sinking sailboat, all added more seasoning to the spaghetti sauce of their life.

Their story begins with a month trying to sleep on a cold marble floor wondering why they came to Rome.  It ends with a hopeful toss of coins in the Trevi Fountain to ensure their return to the Eternal City for visits.  Ten years of pasta, vino, and the sweet life weren’t enough.

Part memoir, part travelogue, Coins in the Fountain will amuse and intrigue you with the stories of food, friends, and the adventures of a couple who ran away to join the circus (the Circus Maximus, that is). 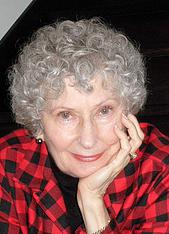 Life was routine until the author decided to get a law degree. Then a chance meeting led her to run away to the Circus (Maximus) – actually to the United Nations office next door - where she worked as an attorney in the HR department and entered the world of expat life in Rome. After four years she and her husband returned to the U.S. - this time to Washington, D.C. But they missed life in Italy with its great food and wine, endless history, and the many friends we made. The gods smiled and another opportunity came along. Six more years in Rome, again working for the UN, followed. The many happy and sometimes fraught experiences are the subject of her memoir, Coins in the Fountain. She is also the author of a novel about expats in Rome, City of Illusions, and flash fiction has been published in literary reviews. She continues to travel in her spare time, having visited over 100 countries. And when she is in Rome, she always tosses a coin in the Trevi Fountain to ensure another visit. 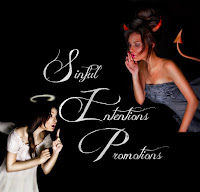