Brought to you by 11 NYT & USA Today Bestselling Authors

Grab it before it is gone.

Mine For Christmas by J. S. Scott:


Will the emotional distance between a married couple with an infant daughter tear the two lovers apart? Or will a precious gift from Santa help them heal their misunderstandings and have the merriest Christmas they’ve ever had?


Kate Hale is about to find out what happens when you ask Santa Claus to put you on his naughty list. Brock Foster has wanted Kate for a long time and is not above using deception to fulfill her steamy Christmas wish.


It wouldn't be Christmas in Keeneston without a party! Everyone's invited, even Santa…


Kenna's court docket is full, Dani's hiding from her in-laws, Paige and Annie are about to burst from pregnancy, and Marshall is breaking up fights at the PTA Christmas Concert. The sweet potato casserole is made, the ham and biscuits are on the table, and men are losing their shirts - and not because of bets placed with the Rose Sisters! All the while, the entire town is wondering one thing: who is the Secret Santa that showed up with special gifts for everyone?

Christmas With The Alexanders by M. Malone:


Kaylee Wilhelm knows what she wants for Christmas—for Elliott Alexander to notice her. Unfortunately, he doesn’t like her much, so she’s spending the holidays with her disapproving parents. When Kay’s car skids out of control on Christmas Eve, she’s forced to reach out to the only man she trusts to save her.


A year ago, former Navy SEAL Josh Marx fell for his teammate's ex, and his strict moral code demanded he get as far away from her as possible. But when he finds out she's in trouble, that same code pushes him to change his Christmas plans and check in on Grace Ashby—uncovering feelings they both thought they'd buried....

Off Season by Sawyer Bennett:


Irish lass, Cady Dunne, wasn’t looking to fall for professional hockey player, Zane Kavanaugh during a visit to the States. But she did… and now an ocean stands between them. Can a Christmas miracle bring them back together?

Staking His Claim by Lynda Chance:


When twenty-one year old Elaina Ruiz meets Raul Vega, she recognizes his ruthless intensity and chooses not to correct him when he mistakes her for a teenager. The moment Raul sees Elaina, he knows he will have her, even if it means waiting for her to grow up.

My Love by Melanie Shawn:


A surprise twist on their spur-of-the-moment holiday trip will leave Bobby and Sophie Sloan's lives forever changed. Sexy weekend getaways don't get much better than this.


Aidan Nordson just wants to be left alone to live his life and deal with his demons, but when a Christmas blizzard strands Chloe Madison at his door, the gorgeous and feisty brunette stirs feelings in him he’s not ready to deal with. Forced together by fate and circumstance, can Aidan let go of the past that haunts him so he can learn to love again, or will the storm in his heart swallow him in its darkness?


From enemies to lovers. Nurse Katie Reiter’s nemesis, Dr. Nash Leham is back in Blueberry Springs and he came for one thing—Katie. Will their battles turn to stolen kisses in the midst of a Christmas storm or will Katie find her happily ever after in the arms of another?


Julie Blake thought she’d gotten over her first love, but when a business deal gone wrong brings her to his restaurant on Christmas Eve, she falls right back into his arms. Celebrity chef Eric Auxtres may have seduced the only woman he's ever loved into his bed again, but can he find a way into her heart or will she walk out of his life as unexpectedly as she walked in? 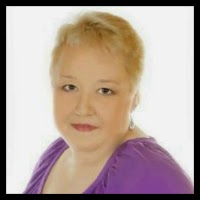 
J.S. Scott is a New York Times and USA Today bestselling author of steamy romance. She's an avid reader of all types of books and literature. Writing what she loves to read, J.S. Scott writes both contemporary steamy romance stories and paranormal romance erotics. They almost always feature an Alpha Male and have a happily ever after because she just can't seem to write them any other way! 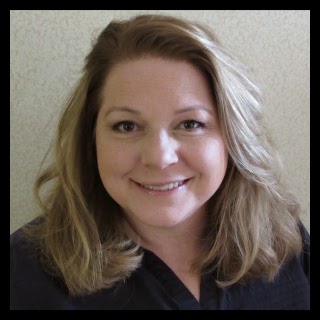 
Ruth Cardello was born the youngest of 11 children in a small city in northern Rhode Island. She spent her young adult years moving as far away as she could from her large extended family. She lived in Boston, Paris, Orlando, New York--then came full circle and moved back to Rhode Island. She now happily lives one town over from the one she was born in. For her, family trumped the warmer weather and international scene.

She was an educator for 20 years, the last 11 as a kindergarten teacher. When her school district began cutting jobs, Ruth turned a serious eye toward her second love- writing and has never been happier. When she's not writing, you can find her chasing her children around her small farm, riding her horses, or connecting with her readers online. 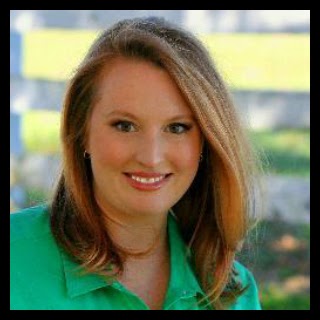 Kathleen is an animal lover who supports rescue organizations and other non-profit organizations, such as Friends and Vets Helping Pets, whose goals are to protect and save our four-legged family members.

Kathleen has a new bestselling series out called Women of Power. This series follows the lives of successful businesswomen as they fight off dangers to their lives and careers while searching for true love. After all, behind every sexy billionaire is a man strong enough to love her! 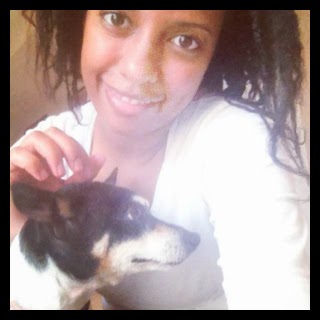 
NYT & USA Today Bestselling author M. Malone lives in the Washington, DC metro area with her three favorite guys, her husband and their two sons. She holds a Master's degree in Business from a prestigious college that would no doubt be scandalized at how she's using her expensive education.

She's now a full-time writer and spends 99.8% of her time in her pajamas. 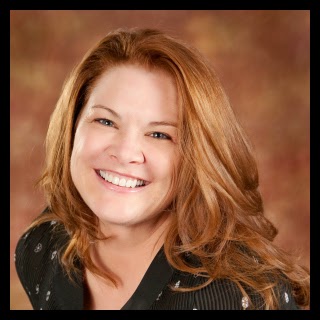 I am a New York Times Bestselling Author writing under the pseudonym Skye Jordan for my more ... sexually heated ... works.

My Skye Jordan novels are all about enjoying that little wild streak we all have, but probably don't let out often enough. About those fantasies we usually don't get the opportunity to indulge. About stretching limits, checking out the dark side, playing naughty and maybe even acting a little wicked. They're about escape and fun and pleasure and romance.

And, yes, even love. Because even as Skye Jordan I'm just a happily ever after kinda gal. 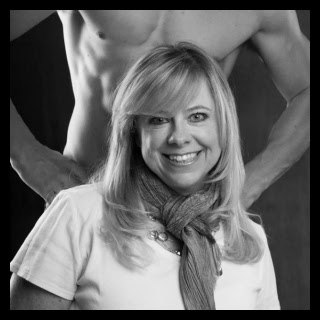 
USA Today Best-Selling Author, Sawyer Bennett is a snarky southern woman and reformed trial lawyer who decided to finally start putting on paper all of the stories that were floating in her head. Her husband works for a Fortune 100 company which lets him fly all over the world while she stays at home with their daughter and three big, furry dogs who hog the bed. Sawyer would like to report she doesn't have many weaknesses but can be bribed with a nominal amount of milk chocolate.

Sawyer is the author of several contemporary romances including the popular Off Series, the Legal Affairs Series, Cold Fury Hockey series and the Last Call Series. 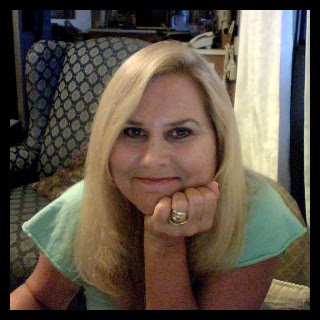 
Lynda Chance lives in Galveston County, Texas with her husband. When she's not writing, she's reading, even though she should be cleaning. 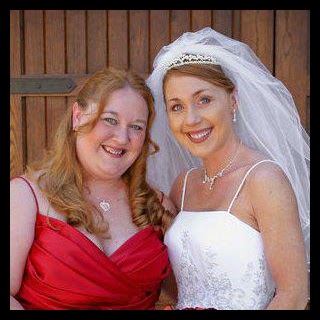 
Growing up, Melanie constantly had her head in a book and was always working on short stories, manuscripts, plays and poetry.

Shawna always loved romance in any form - movie, song or literary. If it was a love story with a happy ending, Shawna was all about it! She proudly acknowledges that she is a romanceaholic.

They have joined forces to create a world where true love and happily ever after always has a sexy twist! 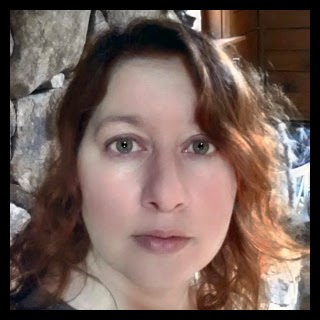 
Cali MacKay is a NY Times bestselling author who lives in New England with her husband, two girls and their crazy mutt. When not tapping away on her laptop and getting her characters into trouble, she can be found playing around on Photoshop, wrangling her girls, and splicing DNA. She's also a decent potter, adventurous cook, and horrible gardener. For more information, please go to http://calimackay.com. 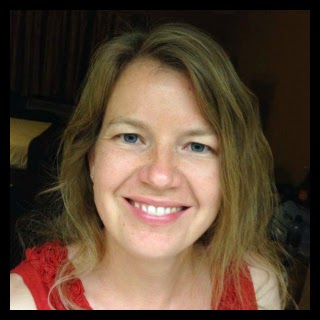 
Jean Oram grew up in a small town that inspired several of the characters (especially the schnapps drinking ones) in her Blueberry Springs romance series. While she grew up in an old schoolhouse on a bee farm, so far none of her characters have. Eggnog and Candy Canes (her giveaway prize) is the fourth book in the Blueberry Springs series and can be read as a standalone romance. She lives in Canada with her husband, two kids, and two pets where she likes to pretend she's an Olympic downhill ski racer. You can give Jean some small town love on Facebook at www.facebook.com/jeanoramauthor, stalk her on Twitter (she likes that) www.twitter.com/jeanoram or stop by her website to see what she's giving away today: www.jeanoram.com. 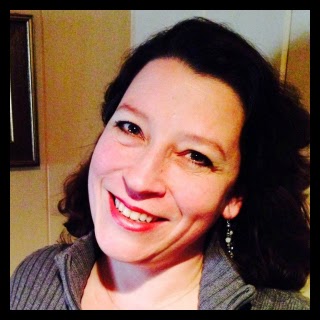 
Evelyn Adams lives in her own little Garden of Eden with her three children, a handful of God's creatures and the man of her dreams. If she's not writing steamy romances, she's chasing kids, gardening or reading other authors' steamy stories.