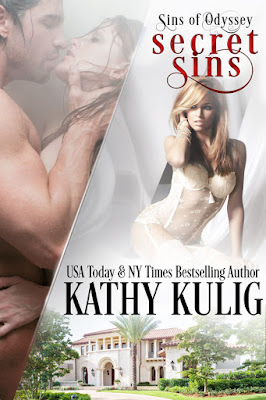 Scorching. Raw. Forbidden. Every submissive craves Master Adrian Cayne’s commands and relentless determination to bring them to the point of exquisite pain and pleasure. Because of the intensity of his sessions, he’ll only take experienced subs until Emma arrives at Dark Odyssey. He’s impressed and attracted to her beauty and enthusiasm. But before he’ll take her on, she must pass a series of seductive tests of increasing intensity to see if she’s receptive to his unique and dark skills.

Emma Fallon is known to thoroughly research her articles for the tabloid magazine Scandal. With her job and career on the line, she must go undercover to write a lurid and gossipy story about Dark Odyssey, a hedonistic club. While the assignment is her chance to indulge in her taboo desires for the sex she craves as a submissive, her heart isn’t in it because she’s falling for Adrian.

Raw, hot passion draws them past guarded limits, but when secrets are revealed and trust is broken, can true love save their torn hearts?

The dress was way too short and the heels meant for fucking not walking, but she wouldn’t back out now. Parked across from the entrance of the exclusive sex club Dark Odyssey, Emma Fallon watched another car pull up and the driver hand the invitation to the guard. The wrought-iron gate slowly swung to the side and the car sped up the drive.

She pulled the invitation out of her tiny purse. It had taken her weeks to get it. If she chickened out now, she might never get another chance. Not to mention her boss would be pissed if she missed her deadline for Scandal magazine.

Emma believed thorough research created the best articles. When given an assignment to write about the hazards of bungee jumping, she leapt off the Royal Gorge Suspension Bridge in Colorado. Another job sent her investigating the recent cavern scuba diving deaths and initiated her scuba certification in the watery depths of Devil’s Eye in central Florida. Rock climbing, boat racing, running with the bulls, she preferred hands-on research, thrived on it.

That’s what gave her stories the edge and juice her readers and boss craved. Those details would get her the hell up and out of the tabloid rag and eventually into a dream job like USA Today, New York Times or Sports Illustrated if she was lucky.

She’d made some good contacts along the way. Now all she needed was a good recommendation from her boss. This particular story left a churning in her stomach. There was something beyond unethical about digging into people’s sex lives, especially ones with a kinky side. Her articles at Scandal had to have scandalous twists to them. Her boss clearly demanded a detailed exposé uncovering several high-profile celebrities who regularly visited the club and exposing their kinky preferences.

When she’d told her boss, Vivian Pearlman, to find another reporter, Vivian reminded Emma of the contacts she had at the various prestigious papers. Career blackmail.


UNBOUND. PASSION. EXPOSED. A billionaire makes a naughty offer she can’t refuse. But can two lovers survive the consequences?

On the verge of financial disaster, Destiny Noir accepts a daring offer at Dark Odyssey that could solve all her troubles. Dark Odyssey, a hedonistic club in a mansion along the South Florida coast, caters to the rich and powerful, providing discreet and sexy entertainment to satisfy their clients' sinful requests. The money and scorching sex is too good to refuse, and she's buried under college loans and about to lose her home. Should be fun and sexy, right? But there are always risks, especially when this exciting, well-paying side job spins out of control.

Destiny and her lover Darius Logan are drawn into a rich and power-hungry world where sex is a game of entertainment, power struggles and manipulation. When their clients begin demanding special favors--slave services on a billionaire's yacht, then a public ménage at a CEO's cocktail party. Destiny realizes their arrangement might be too good to be true. Soon passion becomes an obsession. And a billionaire's demands expose dangerous truths and threaten to destroy her--and their love--forever.


One naughty woman with kinky desires. Two bad boys thrilled to indulge her wicked fantasy for one night only. But what happens when love gets in the way?

Mariko Maguire refuses to let another man break her heart. So why not indulge in a sexual fantasy? If she's daring enough, she'll abandon prior commitments, shed inhibitions for one wickedly lustful evening in the exclusive adult club, Dark Odyssey.

Justin is a college professor who must confront secrets and regrets from his past. He's thrilled to awaken the potent heat of desire within the beautiful Mariko. He wants her, he's obsessed with her, but is she ready for what he has in mind? Carter, a commercial pilot, is always looking for a new sexual adventure and more than willing to be Mariko's escort. A hot ménage could be in their kinky future, but what happens when love gets tossed into the middle?

As one passionate night takes an unexpected turn, whose heart will break and who will walk away from a night at Dark Odyssey they'll never forget? 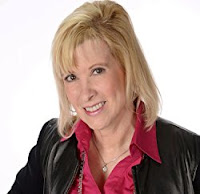 When she's not writing, she loves to work out, travel, read stacks of books, watch movies and have dinners out with her darling husband. She lives in Pennsylvania in a 100 year-old Victorian house with a garage built out of reject tombstones.