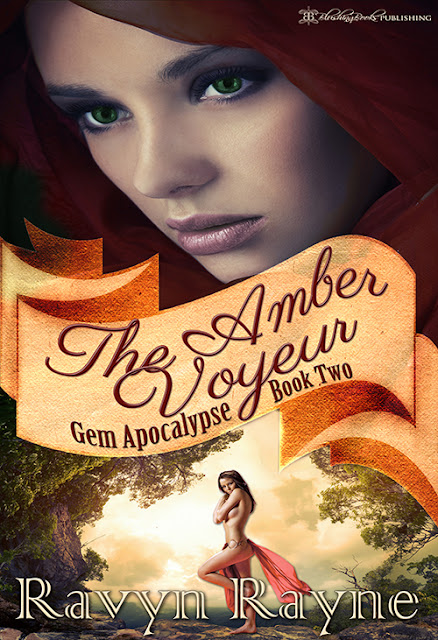 No longer safe in Brayleigh, Aria and James travel by ship to find refuge and discover what’s left of the world.


Dangerous seas and pirates lurking are only the start of their troubles. Forced off the boat with nothing but the clothes on their back, the crew and passengers make it to a nearby island, only to be abducted by the Knight Tribe, a clan of romantic warriors with a voyeuristic culture and a taste for nightly entertainment. 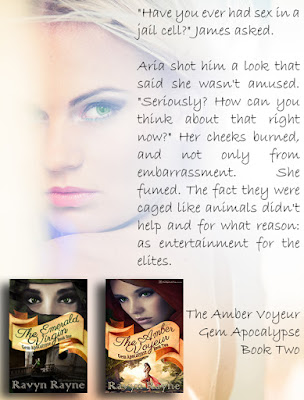 “Hey!” Aria shouted, not that it did anything to stop their fighting.


The men let go of one another and stood, dusting off the dirt caked to their skin.


A gentleman with red hair and blue eyes stepped toward Aria. He’d been one of the three fighting, a crewmember on the ship. “Do you know what they’re having us do?” he asked.


“No,” Aria said, glancing back at the die lying on the floor. Aria rolled the large die slightly with her hand. It stood up to her waist in height, though it felt lighter than it looked. She’d never seen a die quite so large. Who made it?


“The festival tonight is entertainment for the commander and the tribe. She’s choosing two from the pit and they’ll have to do whatever the die says.”


Aria swallowed nervously as she further examined the giant die. One side showed two people battling with swords. Aria frowned, turning the die onto another side, it revealed a pictograph of two men with guns in a shoot-out. That wouldn’t end well for someone. Her heart skipped a beat, and she rolled the die onto another side, covering her lips in surprise. Was that a paddle? Her cheeks burned and she took a step back from the die.


James didn’t appear nearly as affected as Aria from the news. He stepped forward, resting his hand on her lower back. “Do we know who has been elected for the festival?”


Kali shook her head. “The commander chooses two worthy opponents from the pit of invaders and mainlanders. Seeing as how the mainlanders have assimilated or died,” Kali said, clearing her throat, “it’s safe to say that one of you that has not been chosen by a tribe member, will be selected.” 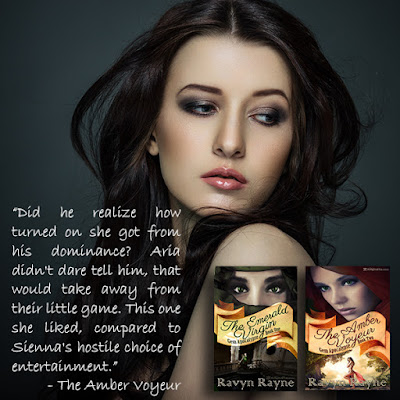 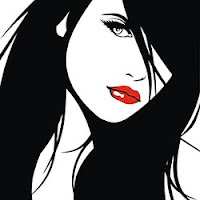 Ravyn is a sassy, fun-loving, and adventure-seeking young woman. She loves to travel and can’t wait for her next vacation, wherever it might be.

Ravyn writes romantic erotica. She began writing romance novels in college, spending her down time either reading a book or writing fiction. Please don’t make her choose between the two, she loves them equally.

Although BURNING DESIRE is her debut romantic erotica novel, it is not her first published book. She has been published professionally since 2013. You can find her other books here.


1. Romance and heart-pumping action. What's not to love?

2. Book boyfriends. Everyone wants one. Now you can have one (or a second one).

3. Unlike The Hunger Games and Divergent which are Dystopian, this series and genre is exclusively for adults. Suddenly being old pays off.

4. It makes you appreciate the world you're living in.

5. You can fantasize without the sting of a real spanking.

6. Learn something about sex!

7. The fear may be real, but at least the bad $h!t isn't happening to you.

9. Adventure on every page.

10. Twists and turns that will keep you guessing.


Author Interview by The Dark Realm


Is there anything you find particularly challenging in your writing?

Just finding the time to write without distractions. That's the most challenging aspect for me right now.


What inspired you to write your first book?

My first book I wrote in 2004 (I think). I self-published it before Amazon even offered self-publishing. I wrote it while I was in college. I'd been writing fan fiction for years and wanted to write my own novel. I made no attempt to get it published professionally through an agent or publisher. There's a few copies floating around, but you can't easily purchase one anymore. My inspiration? I loved writing and wanted to write something my grandparents could proudly read. At 31, my concerns have shifted and my 90 year old grandmother, if she wants to read my erotica, then go for it.


What are your current projects?

I'm currently working on the fourth book in the Federal Agent Chronicles. It's currently untitled but should be available early November 2015.


What do you think is the future of reading/writing?

I believe more authors are going to enter the market with the craze of self-publishing. It's already happening and I don't think it's going to slow down anytime soon. There will also be an influx of small publishers. Some will be great, others a nightmare. Be careful if you're an author!


What is the biggest thing that people THINK they know about your subject/genre, that isn't so?

People think they've read every dystopian out there. Dystopian Erotica opens up a new world of fiction with spicier stories.