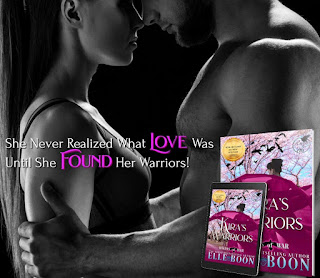 She’s lived without truly living. Now she can’t go back to a cold and lonely existence.

They’d battled for thousands of years for humanity, uncaring what it cost them. But losing her was something they weren’t willing to risk.

SHE’D LOST IT ALL ONCE…Kira knew what people saw when they looked at her; the pampered princess. What they didn’t see was the lonely girl she kept hidden behind the cold façade. A mask that she found slipping each time she encountered the two men tasked to protect her from a crazed stalker.

THEY WERE RAVENS, THEY WEREN’T MEANT FOR HER…Thane and Garrick knew who Kira was to them the moment they saw her sassy mouth open. Fates aligned to give them a female that matched them in temperament, only to try and take her away with the other hand. What the fickle beasts didn’t realize was neither of them was willing to let her go without one hell of a fight, one that would change the course of all their lives.

TESTING FATE…Whoever said you couldn’t test fate had never met a Raven, let alone two who had waited thousands of years for their Fated. When these three find their balance rocked by blood thicker than water, they’ll need to dig deep for the resolve that’s gotten them to where they are and trust in each other.

ANCIENT CURSES AND DEMONS…When help comes in the form of a brother she didn’t know about, Kira will need to trust her instincts and a God that doesn’t always play by the same rules. The Ravens of War will be tested like never before, but in the end, the rewards are far greater than any could ever have expected.
Posted by Girl with Pen at 8:50 PM