Payton Winters is thrust into the position of CEO of The Winters Corporation after the sudden death of her parents. Confronted with the knowledge she was born with special abilities, she finds herself in the dilemma of being a grounding force to people who possess psychic powers. She has unwillingly become the mental anchor to the one man she wants no part of, Collin McBain. While on a routine mission, Collin is drugged, tortured, and injected with wolf DNA. Now believed dead, he is secretly assigned to the Winters Campus.

Faced with the reality that her life is based on half-truths, Payton is on a pursuit to uncover her mother’s scientific research. She desperately needs to understand why she and her two sisters were genetically altered before birth. Payton’s path to discovery is littered with danger as she finds herself embroiled in a world of secrets, lies, kidnapping, and murder. She struggles to understand the events of the past in order to cope with her future. Will Payton’s pursuit for the truth be her last?

I really enjoyed the second book in the series.   It was just as good as the first one if not even better.  I could not put it down.  It is filled with action, mystery, suspense, murder, paranormal and even romance.  In this book we learn more about Payton and her sisters. After her parents sudden death, Payton is made CEO of The Winters Corporation.  She is in charge of the company and works long hours and does not take really good care of herself.  Payton takes her job seriously and looks out for her sisters.  The loss of their parents has really been hard on the sisters and they are just starting to move on.

Payton starts having issues of passing out when she is around Collin.  She learns that she is the mental anchor for the one man she wants nothing to do with Collin.  Payton is upset with him for kidnapping her sister, Payton.  Once she accepts that Collin and her have a connection, she starts questioning and investigating her mother's research.  Payton wants to know the truth and questions everything they were told by their mother.  She wants to know why she and her sisters have these abilities and why they are starting to develop more now?

Collin is such a tortured soul.  He was injected with Wolf DNA and thinks his life is over.  He feels like he is losing himself and is afraid he is going to lose control and not get it back.  Collin and Payton's connection brings him peace and she helps him control his emotions.  In order to protect Payton, Collin pretends to be a friend when she goes on her road trip to the dog shows.  The trip brings Payton and Collin even closer and they bond and fall in love.  Then Braxton kidnaps Payton.  Will Collin and the team rescue Payton in time or will Collin lose control?

Joanne has done a wonderful job with this series.  I really love it. I love her writing and I love all the characters.  They just all connect.  Each book, you are learning more and more about the sisters.  The storyline is so fascinating and so are the characters and their abilities.  Having the team on the premises protecting the sisters just clicks with the story.  The ops team is so very special just like the sisters.  I think there is a lot more to the team and I am looking forward to finding out more.  I can't wait to read the next book in the series.  It should be awesome.  I can't wait to learn more about Willow and what her special abilities are.

You must read this series and her other books.  You will not regret it.  5 stars 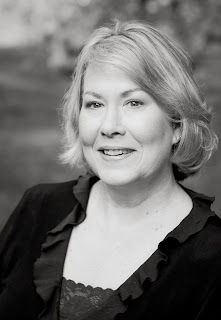 I was born and raised in Sherburne, New York, a quaint village surrounded by dairy farms and rolling hills. From the moment I could read I wanted to explore the world. I slowly crept across the country, stopping along the way in Oklahoma, California, and finally Washington State, which I now proudly call home. I live with my husband and Dobermans, in our home located on the Kitsap Peninsula with a panoramic view of the Olympic Mountains.

I write paranormal and romantic suspense. I love writing about the twists and turns of my character’s lives, the trouble they find themselves involved in, along with building an everlasting relationship. I enjoy a wide variety of books including paranormal, suspense, thriller, and most of all romance.

I have a Bachelors Degree in Business. I spent a number of years in business administration, thirteen of which involved owning our own forensic engineering firm. For the past thirty years I have trained and shown dogs.

I am very involved in the dog world. I have been the president of my local All-Breed Dog Club for a total of nine years. I was nominated as the first American Kennel Club Delegate for this club, and have held this position for nineteen years. I am a member of four other dog clubs and have served in a variety of board positions.