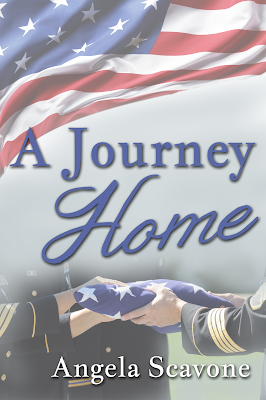 Stephanie Tyler’s sole job is to fly overseas to war torn areas of the world to retrieve and escort the bodies of fallen soldiers back home to the United States. It is a tough and emotional job but she is honored for the privilege. Her duty also helps her to escape her past and her failed marriage.

But those flights have become increasingly more dangerous and she is forced to have a partner accompany her. Much to Stephanie’s surprise and dismay, she is partnered up with her ex-husband, Captain “D.A.” Douglas Aston.

From the moment Captain D.A. enters the scene, he irritates her. It could have something to do with the fact he slept with her best friend while they were married. As they go on several missions together, Stephanie is forced to be courteous and professional with D.A. even though the very sight of him irritates her beyond comprehension.

Then, Stephanie’s cheating, husband stealing, ex-best friend is killed in Afghanistan and Stephanie and D.A. must escort her body home. While executing this difficult duty, a myriad of conflicting emotions makes Stephanie ponder how short life really is . . . and to question her own ability to forgive.

The phone intercom buzzed and Pam came over the speaker. “Sorry to interrupt, Colonel, but you wanted me to let you know when Captain Aston was here.”


I stared at the Colonel wide-eyed.


He merely smiled and said, “Thanks, Pam. I’ll be out in a minute.”


“Didn’t I mention that?” He rose from his chair and walked to the door as I stood and straightened my uniform.


The Colonel stood with his hand on the doorknob, watching me fuss. “You look tremendous, Captain.”


“What? Oh I don’t care what I look like for him,” I immediately protested, waving my hand in the air.


“Of course.” He was still smiling as he opened the door. “Captain Aston, please come in.”


I heard his voice first. “Thank you, Colonel.”


I glanced down at my uniform to make sure everything was in place before he came into the room. When I looked back up, Captain Aston was walking through the door.


To the female eye, he was a very attractive man. He stood at six-four and was well built, but not so much that muscles and tendons were popping out everywhere. He had a strong jaw and black hair just long enough to run your fingers through. Dressed in full uniform, his handsome features were even more prominent.


Not that I noticed.


“Please come in and we can discuss your new role.”


“Yes, Sir.” Captain DA put out his hand for me to shake, flashing his killer smile that started in his bright blue eyes and ended in a set of mouth-framing dimples. “Good to see you again, Captain.”


I returned his smile and handshake, determined to be professional in front of the Colonel even if it killed me.


Colonel Madison resumed his place behind his desk. “Please sit. This is a quick, informal meeting to get reacquainted with each other.”


I remained on my feet which kept both men standing. “Sir, with all due respect,” I began, facing the Colonel, “I cannot work with Captain Aston.” Apparently, my mouth wasn’t on board with being professional.


“Why not?” DA asked, sounding offended.


I ignored his question and kept my attention on the Colonel, who looked as if he were about to laugh. “We used to be married.”


“Our marriage did not end on a positive note,” I continued, “and I don’t think I can work with him on a day to day basis. In fact, I left Virginia to get away from him.”


“Captain Tyler, are you telling me you can’t put your differences aside to work together as a team? Even though I asked you as a personal favor?” The Colonel’s smile had vanished and there was now a warning in his tone.


“No, Sir.” I heard the warning and decided it was time to back off the fight. “I’ll try putting our differences aside to work together, but I can’t promise I won’t kill him in the process.”


The Colonel coughed out a chuckle. “That’s all I can ask for. Now, you—hopefully—have some time off before another call comes in. Why don’t you show Captain DA around?”


The Colonel spoke as I reached for the door handle. “I’m curious, off the record, of course. How did your marriage not continue on a positive note? I remember the wedding. You two seemed so compatible and so in love. What happened?”


DA and I looked at each other for the first time since his arrival.


“He cheated on me with a friend of mine,” I replied baldly.


“I did not cheat on you! How many times do I have to say it before you believe me?” he retorted, all vestiges of professionalism gone.


“Oh, here we go again!” I shouted back. “I came home early, I walked into the kitchen and there was Alex on top of you on the kitchen floor.”


“I told you it wasn’t what it looked like. I have said over and over again that I did not sleep with Alex!” His tone increased until he was shouting, too.


“You’re telling me that you two never slept together?” I demanded an answer.


“It was after we were separated and you had moved here! What did you want me to do? Never sleep with anyone again?”


“Ahem.” The Colonel cut in. I jerked back, startled; in the heat of arguing with my frustrating ex, I had forgotten my boss was there.


The Colonel regarded us both. “Alex?” he questioned DA.


“Wow, that’s quite descriptive, Captain. Why don’t you tell us your true feelings about her?” Both of the Colonel’s eyebrows rose in shock.


“I’m only speaking the truth, Sir.” I addressed the Colonel but glared at DA.


“Well.” He clapped his hands together to signal the end of our bickering. “I know you two can be respectful when escorting a fallen soldier home and I know you will be professional during the dignified transfer ceremonies. However, please try and be professional at other times as well or at least civil to each other.” He waved us toward the door.


DA and I both nodded and exited the office. Before we could leave the reception area, the Colonel poked his head out of his office door.


“Try not to kill him, please. He just arrived at our base and it wouldn’t look good in the press.”


Knowing the Colonel had a wicked sense of humor, I still couldn’t find my own jocularity. “No promises, Sir, But I’ll give it my best shot.”

Angela lives in Ontario, Canada sharing her home with her father and her two much-loved pups (and one evil cat). She currently works for the Board of Education behind the scenes supporting and analyzing student data, however, in her spare time, apart from her avid love of storytelling, she likes to read, spend time with family and friends and concoct dairy free recipes from scratch. Sometimes she wins some, and sometimes she loses some – tofu, banana and peanut butter pudding we are looking at you.